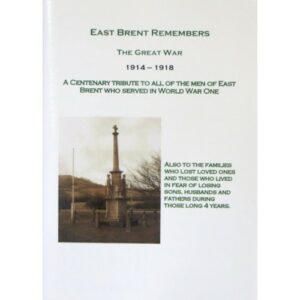 (Complied by John Rigarlsford)  Published by the East Brent Parish History Group, this book sets out to record as much information as could be found about all those from East Brent who served in the armed forces during the First World War, with those who died and those who returned in separate sections.

An introduction to the war and information about the women of the village who were involved are included.