Ann-Marie Wilkinson, the SDFHS Chair, reports on an event in Wells.

Saturday 16th November saw seven members of the SDFHS Mid-Somerset Group in Wells helping at the “ARCHI’VE EXPLORED” Event.  The whole event was organised by the Wells City and Cathedral Archivist, Dr Julia Wood.  She had been on Radio Somerset publicising the event in the morning and even gave our Society a plug. 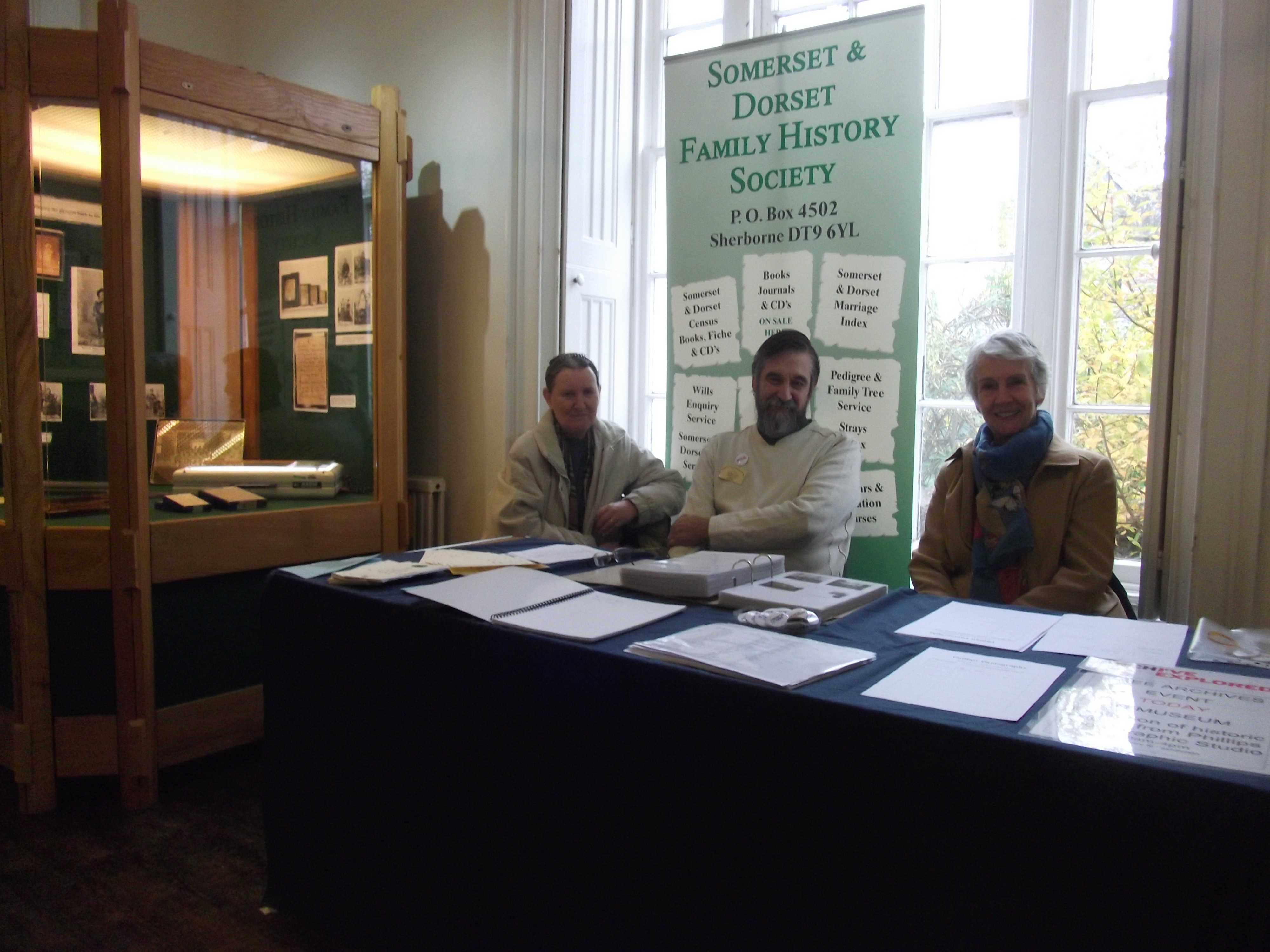 Mrs and Peter Welch and Paddy Thomson at the Wells and Mendip Museum.

The event was spread across venues in Wells.  Steve Wilkinson, Paddy Thomson and Peter Welch were in the Wells and Mendip Museum along with an exhibition of the Phillips photographs which Steve helped to digitise and index.  The exhibition included some of the more well-known postcard pictures which have appeared in many publications and the more recently digitised named portraits which are of interest to Family and Social Historians. The index to the portraits  is available in our Sherborne Research Centre and copies of photographs can be purchased from the SDFHS. 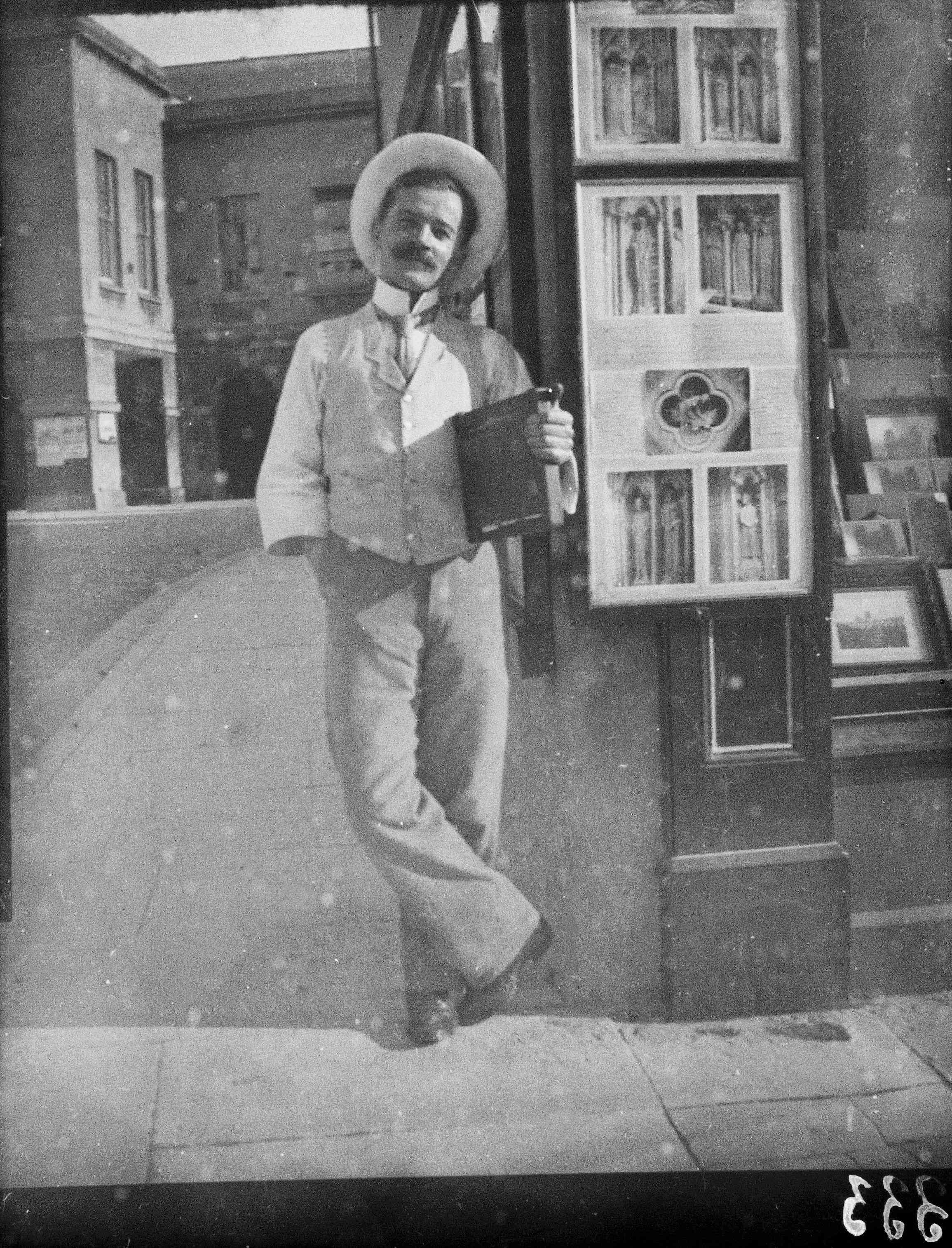 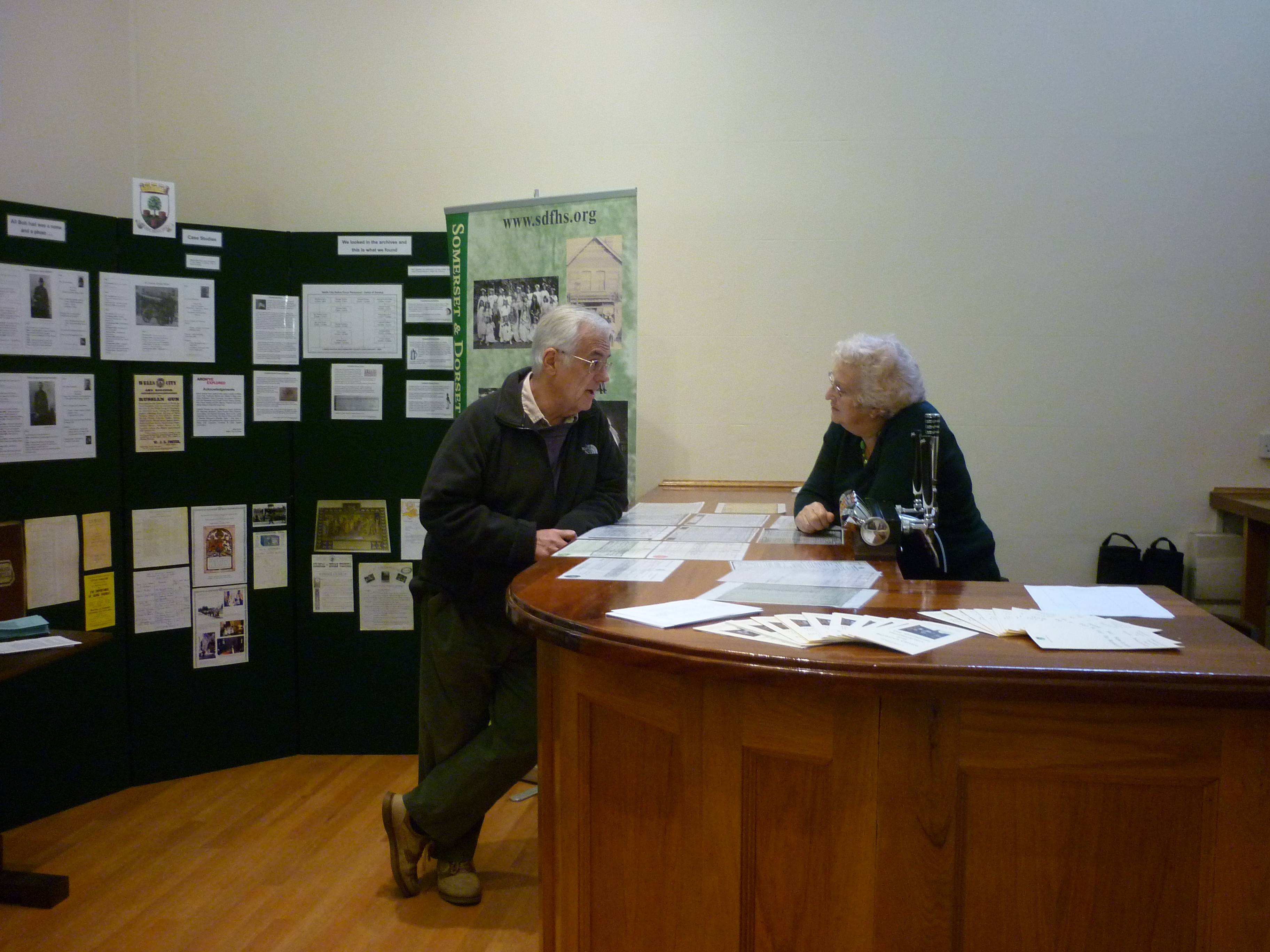 Janet Golding talking to a visitor at the SDFHS desk in the Town Hall.

Janet Golding, Doug and Alison Butcher and I found ourselves in the Gallery Bar of the Town Hall.  At first we were concerned as we were in the building at the same time as a Craft Fair charging admission.  This did not cause a problem and as people had to come past us to get to the upper floor may even have encouraged more people to come and talk to us.  We were soon busy speaking to people who were interested in finding out how to progress their Family or House history.  In true Family History tradition we had set ourselves up behind the bar!  Alas it was not stocked and we had to make do with coffee supplied by Julia’s husband.

In the Gallery Bar there were displays from the archives including a marriage register from St Cuthbert’s Church.  Julia had also brought the card index to the Wells City archive and was able to give details of their holdings. 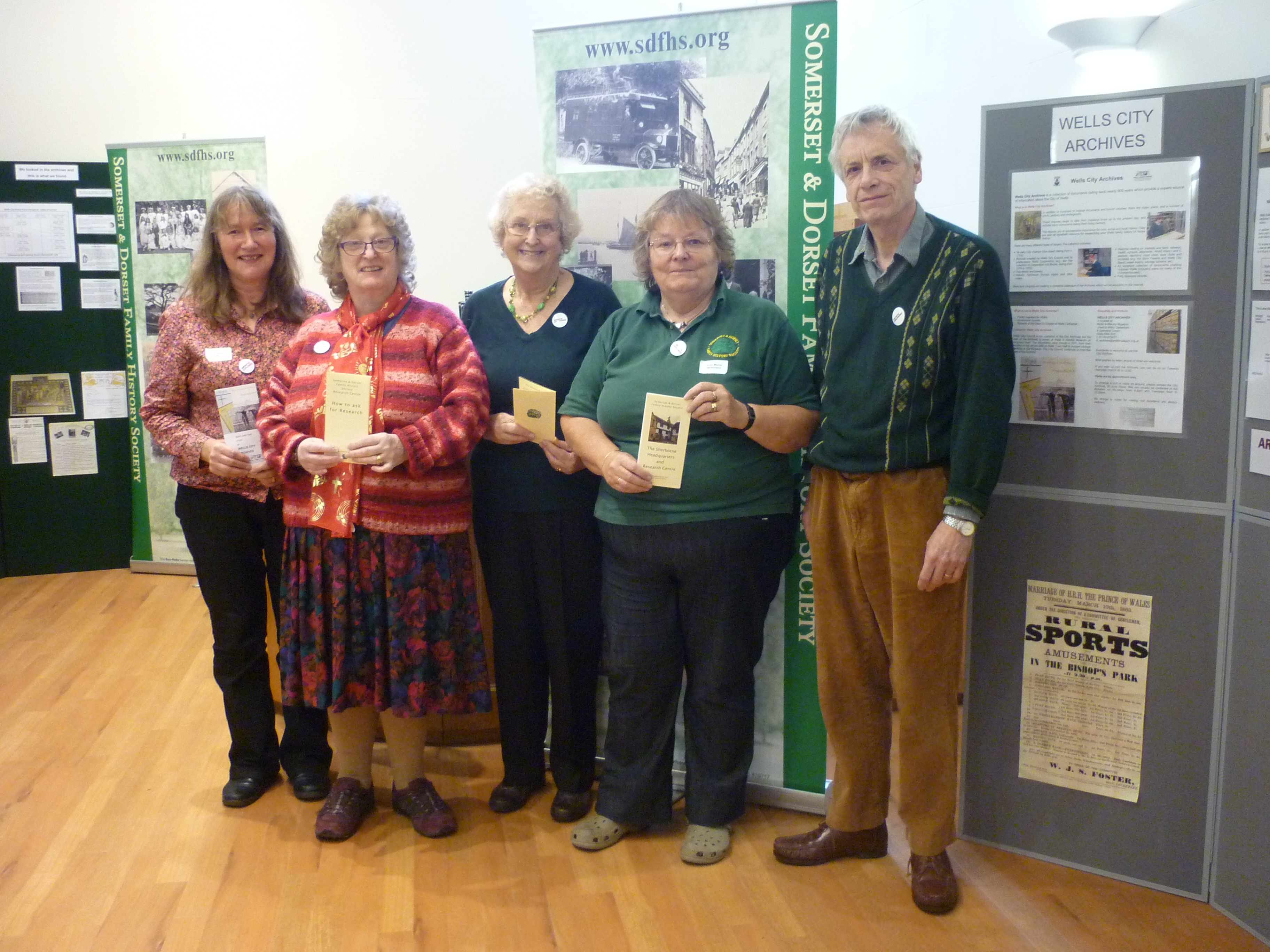