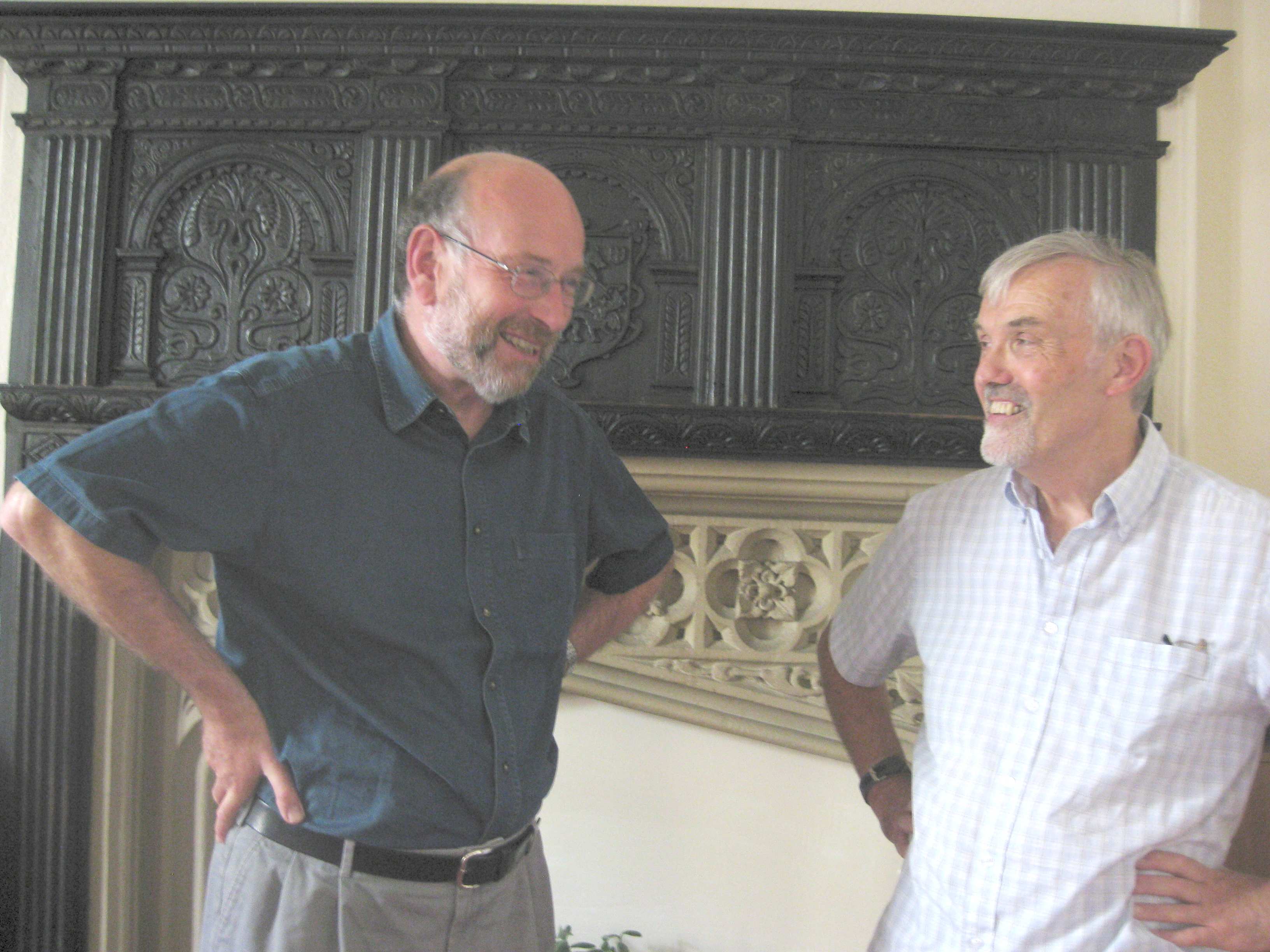 Rex Lancefield (right), with Barry Brock, in front of the seventeenth century fireplace in the SDFHS Meeting Room.

We had a fascinating talk this afternoon at our Family History Centre by Rex Lancefield, a professional conservator whose family business specialises in archival conservation and book binding. Rex illustrated his talk by describing some of the many projects on which he has worked, relating in detail how books, royal charters, legal documents, official registers, etc. have been conserved, restored and protected for display or storage. He brought with him examples of archivally sound papers, mounts and glass and gave us much good, practical advice on how to store our own family history documents, safely and economically. Rex also brought along  some replica seals for royal or legal documents, which we were able to handle and admire. He illustrated his talk by describing particular projects with which he has been involved and this included many fascinating historical details – a document he conserved at Hatfield House, for example, had Cecil’s jottings of the pros and cons of executing Mary, Queen of Scots. Another project had been the restoration of a Hebrew Bible which had been issued by Napoleon for Jews to use when swearing the oath in court. The leather on the Bible’s cover had been worn away where so many hands had been laid upon it. Rex also described restoring an execution ledger with the rather gruesome descriptions of the condemned, including the measurement of their heights taken after they had died.

Rex is a very fluent and engaging speaker who clearly loves his work and sharing his knowledge with others and we were very privileged to have had today the benefit of his expertise, so entertainingly given.