As the 100th anniversary of the start of World War I approaches, Col. Iain Swinnerton, SDFHS Military Adviser, summarises the basic sources for tracing and identifying soldiers who fought in the War.

Every soldier who served in a Theatre of War received at least the British War Medal and the Victory Medal.  However, you must remember that many soldiers did not go overseas or did not do so until the war was over, when they were sent to join the Army of Occupation in Germany, so they did not qualify for any medals.

The original rolls can be found online at www.ancestry.co.uk  – go to Military Records > WW1 British Army Medal Rolls Index Cards.  A typical medal roll card will tell you his regiment (he may have belonged to several at different times), his rank and personal number, when he first went overseas and to which Theatre of War he was sent. There were eleven, the most common being:

The card will also give the date of death if he died.  If the card has ‘SWB’ in the lower left corner it means he was awarded a Silver War Badge indicating that he had been discharged because of wounds or sickness. There are separate lists of these that usually also give the date of his joining. They were worn on the lapel in civilian clothes to show that he had ‘done his bit’ and to prevent criticism from those who might otherwise have wondered why a man was not in uniform and handed him a white feather.

Note: Not all cards give all this information, in particular after 1915 when cards often did not give the Theatre of War.

Sadly, some 70% of these were destroyed in the bombing of an army warehouse in London in 1940. The surviving records, many of which were burnt at the edges or soaked by the water used to put out the fires, can be found online at www.ancestry.co.uk > Military Records > Draft Enlistment & Service > British Army WWI Service Records 1914-20.

To try and compensate for the loss of the service records, the Government collected together all the pension records it could find not only from the War Office but also from other government departments and these make up a further 10% of available records.  These are also on www.ancestry.co.uk > Military Records > Pension Records > British Army WWI Pension Records 1914-1920.

If the person you are looking for was killed in action or died of wounds or sickness, he will be found in Soldiers Died in the Great War, available on www.findmypast.co.uk. This is arranged alphabetically for the whole of the army and will tell you when and where he died and the cause of death. All men who died in action also had a normal death certificate – see www.forces-war-records.co.uk

Records of the Commonwealth War Graves Commission (CWGC) who record where every serviceman in buried (or commemorated if there is no known grave) is also available online at www.cwgc.org. 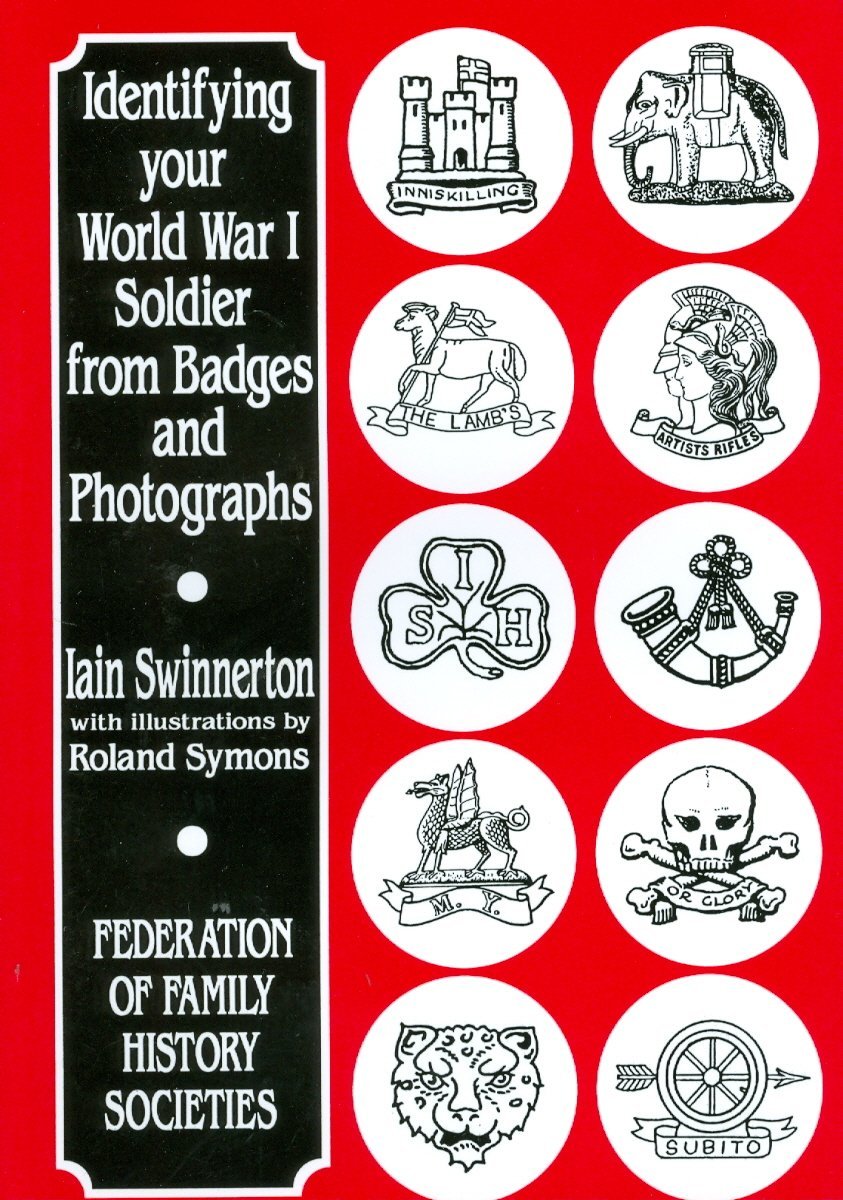 If you don’t know a soldier’s regiment, but you have a photograph of him in uniform, try to establish his regiment by looking in Identifying your World War1 Soldier from Badges and Photographs, which was published in 2006. This is in the SDFHS Research Centre Library and can still be purchased online on sites such as Abe Books http://www.abebooks.co.uk and Amazon http://www.amazon.com