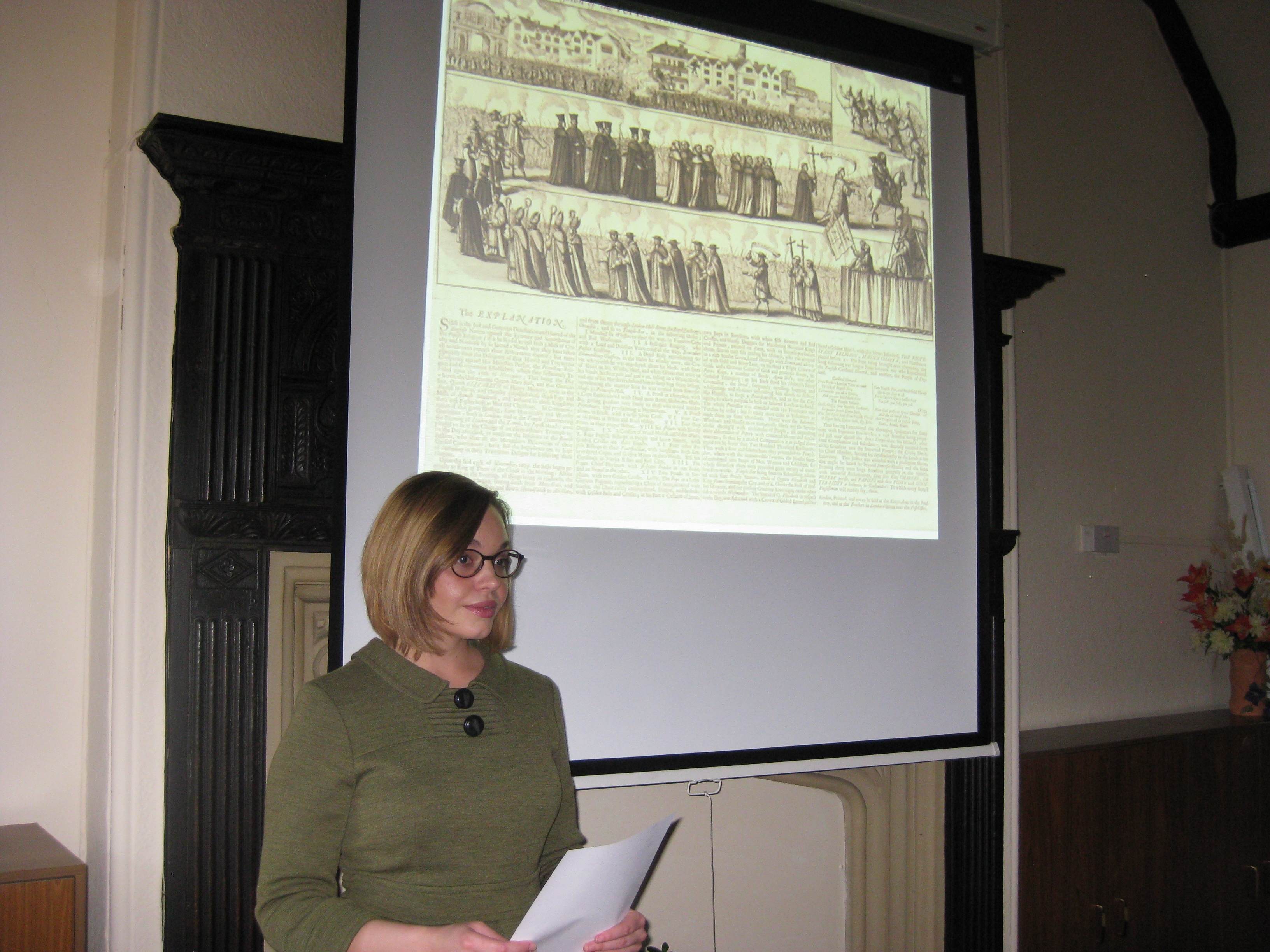 Jacqueline Dillion during her talk

On Monday afternoon (4th November) Jacqueline Dillion of Harding University gave a fascinating talk on the history of bonfires in Britain for our next-door neighbours, Sherborne Museum,  who use our Meeting Room for some of their events. Jacqueline is currently finishing her PhD thesis on Folklore in the Works of Thomas Hardy and so started her talk with Hardy’s description of a bonfire on Egdon Heath in Return of the Native. She said there is a long tradition of bonfires in Britain, going back to at least the 14th century, though the earliest ones were not in November but in midsummer, around the Feast of St John on 24th June, and it was not until the 16th century that celebratory bonfires moved to November, initially on the 17th to celebrate the accession date of Elizabeth I, then, after 1605, to 5th November to commemorate the Gunpowder Plot. ‘The Observance of 5th November’ was approved by an Act of Parliament in 1606 and was the only national holiday not banned by Oliver Cromwell.

Interestingly, it seems that etymologists still cannot agree on the origin of the word ‘bonfire’, with some believing the ‘bon’ is from the French word for ‘good’ while others see it as a derivation of ‘bone’. Jacqueline described how, in the medieval period, the midsummer bonfires were seen as a way to drive off dragons who were supposed to be repulsed by the smell of burning bones – so ‘bone-fire’ became ‘bonfire’. Jacqueline also posed the question as to when people stopped believing in dragons! 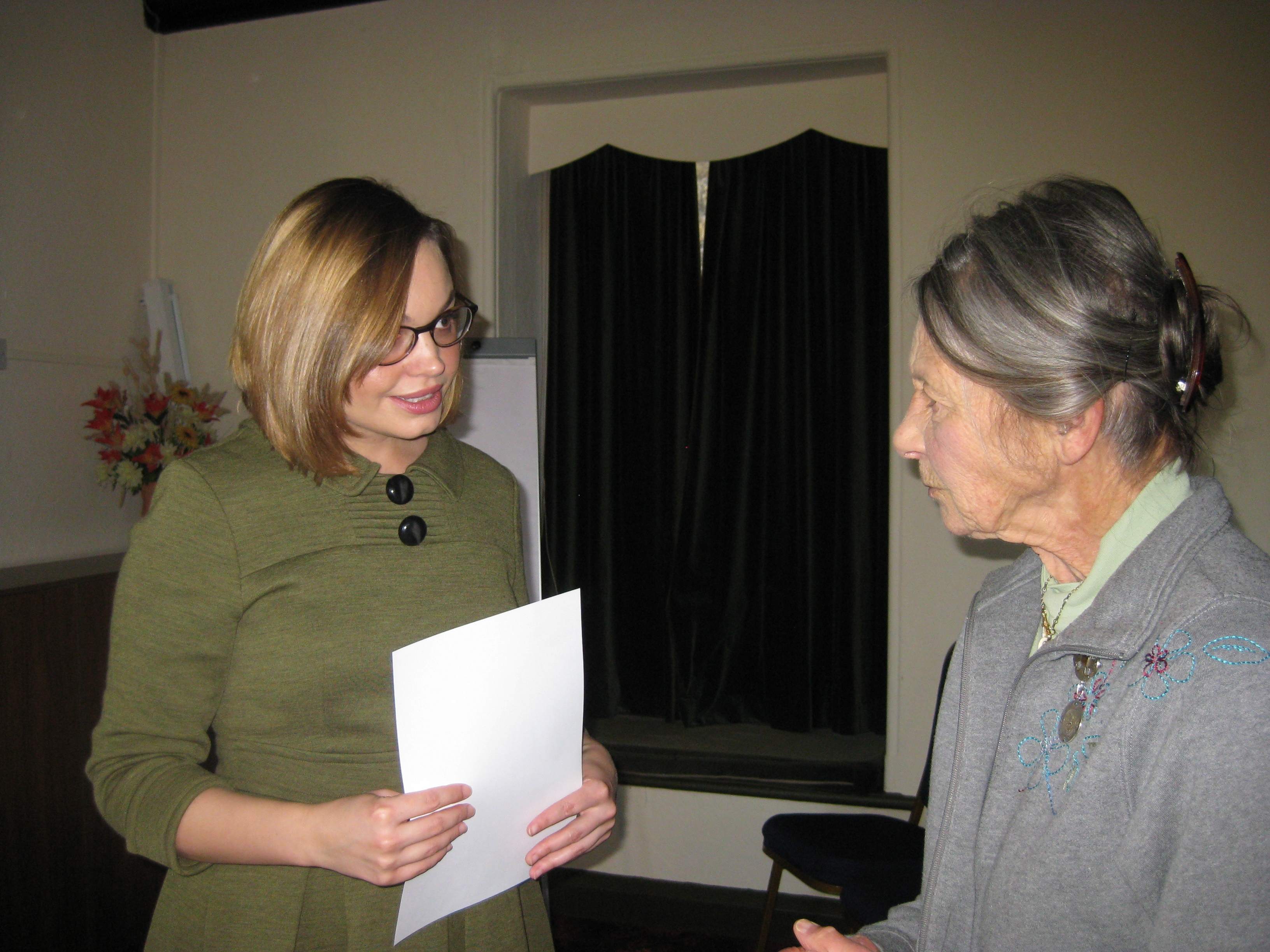 Jacqueline answering questions after her talk.

Once the bonfire holiday had moved to November she noted that it must have been a welcome event on cold, dark nights in rural Britain, before the coming of electricity and heating. In the questions which followed Jacqueline’s talk, Dr Peter Robson, an expert on Dorset folklore who was in the audience, pointed out that it was legal to steal wood on 5th November to make bonfires. Jacqueline (who comes originally from Arkansas) was also asked if the bonfire tradition had crossed the Atlantic with early settlers and she replied that some American Puritans did continue the practice and it was an aspect of bonfires which she would be investigating in more detail. 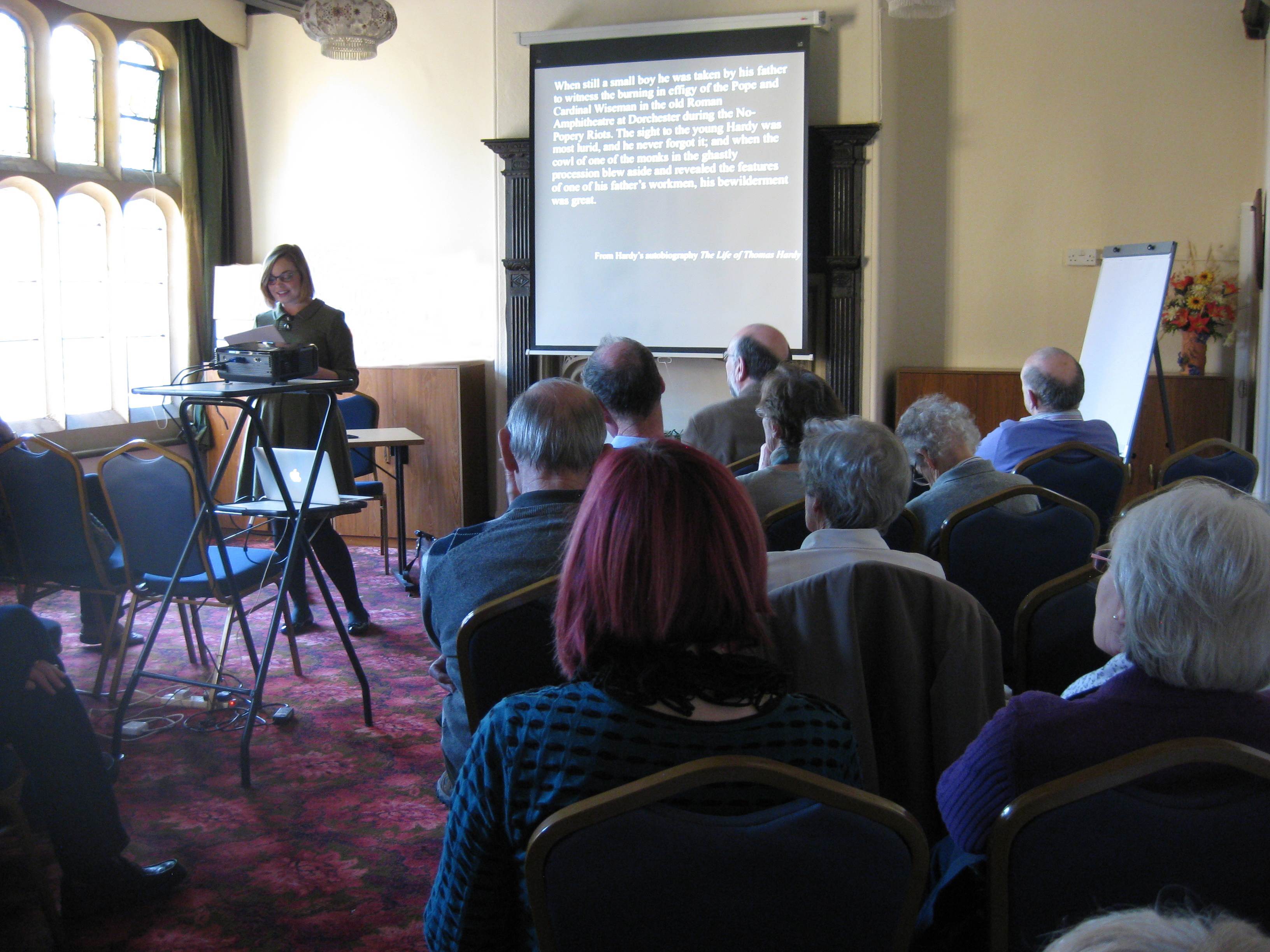 The SDFHS Meeting Room, in central Sherborne, can be hired at a non-commercial rates by organizations with an educational/charitable profile. The room measures 25ft by 19ft, which enables us to set out up to 45 chairs for a lecture-theatre style presentation (we have projection facilities) and we have a number of collapsible tables, which can be assembled to provide boardroom style seating for around 16 to 20 persons. Enquiries should be sent to the Research Centre Manager, Barry Brock.