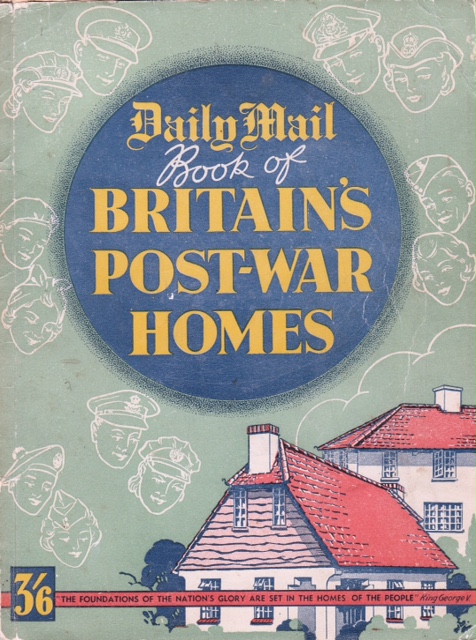 Did you enjoy the recent BBC2 programme ‘A House Through Time’?

In the last episode Deborah Sugg Ryan showed the Book of Britain’s Post-War Homes and this sent me scurrying upstairs as I have a copy of this book tucked away. I found it in my grandfather’s house when it had to be cleared in 1974 and I think my father, who was associated with the building trade, probably gave it to my grandfather when he was involved with the building of Nether Compton’s first council houses in the late 1940s.

This book makes very interesting reading. The Ideal Home Exhibition, which was started in 1907, was not taking place during the Second World War and in the midst of the loss of many homes, due to the bombing, and with overcrowding rife throughout the country, it was decided to set about finding out what women would like to see built when the war was over and things started to return to normal. Although the results of the survey were published in 1944 clearly women were being consulted over the previous two years or so. There were a few sweeping statements that would not be credible these days such as ‘Men have always considered that the designing and building of the domestic dwelling was a man’s job’ and ‘Women have not taken any interest in the construction of a house nor have they taken the trouble to find out how or if the drains work until faced with the difficulty of coping with them when something went wrong’ and ‘having had little to do with the building of a house however, it is not to say she will have been unconscious of its failings as many a husband can testify’. Through various organisations such as the WI, the Townswomen’s Guild and others it was estimated that some 4,500,000 women were invited to take part in the survey. The results revealed that indeed women were interested in their homes, how they were built and how they would be lived in, and they answered the questions posed in sufficient numbers to prove statistically  to the town planners and to the building industry what exactly their basic needs for new housing would be,after the war was over.  The request was really quite simple on paper ‘good houses equipped on up to date lines and in pleasant surroundings – as a basis for a happy healthy family life’.

First of all it was decided on what they did not want: 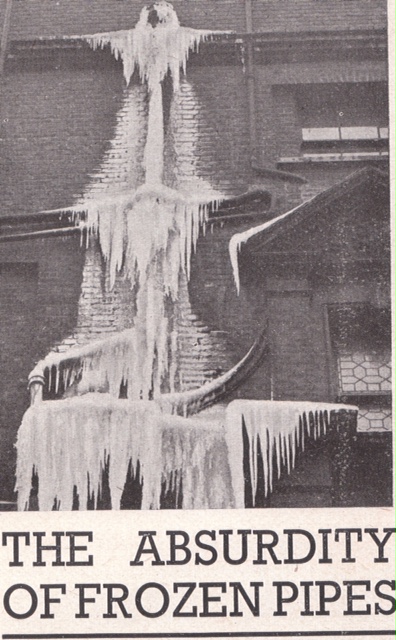 Then they were offered lots of ideas for the future, many of which they did want: 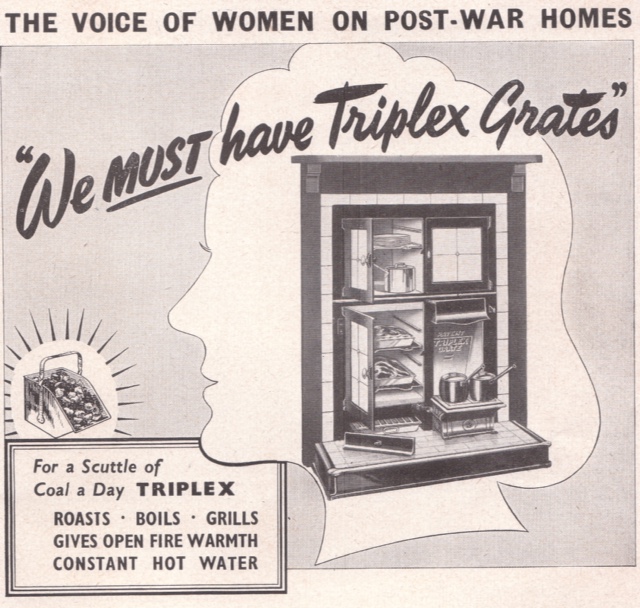 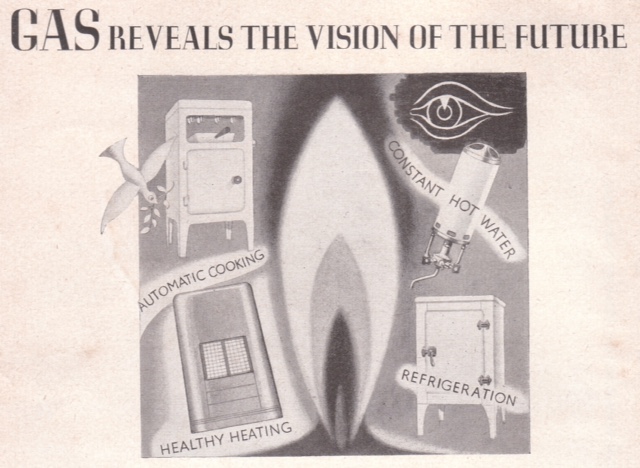 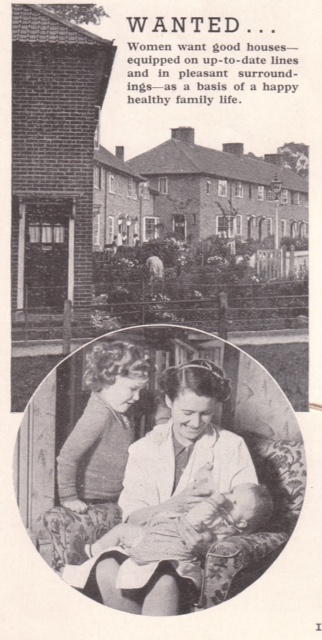 My parents married during the war in 1943 and I was one of the early baby boomers born after the war. I came into a house of five adults as my parents lodged with my grandparents – a not unusual situation. My father searched for accommodation of our own (I know this from correspondence I still hold) but nothing could be found in the area of greater London in which we lived. When I was three, and by some sort of miracle, my father’s company came up with a house for us and I have the happiest memories of this house as I guess the feeling of luck and of relief probably permeated my earliest memories of living there. 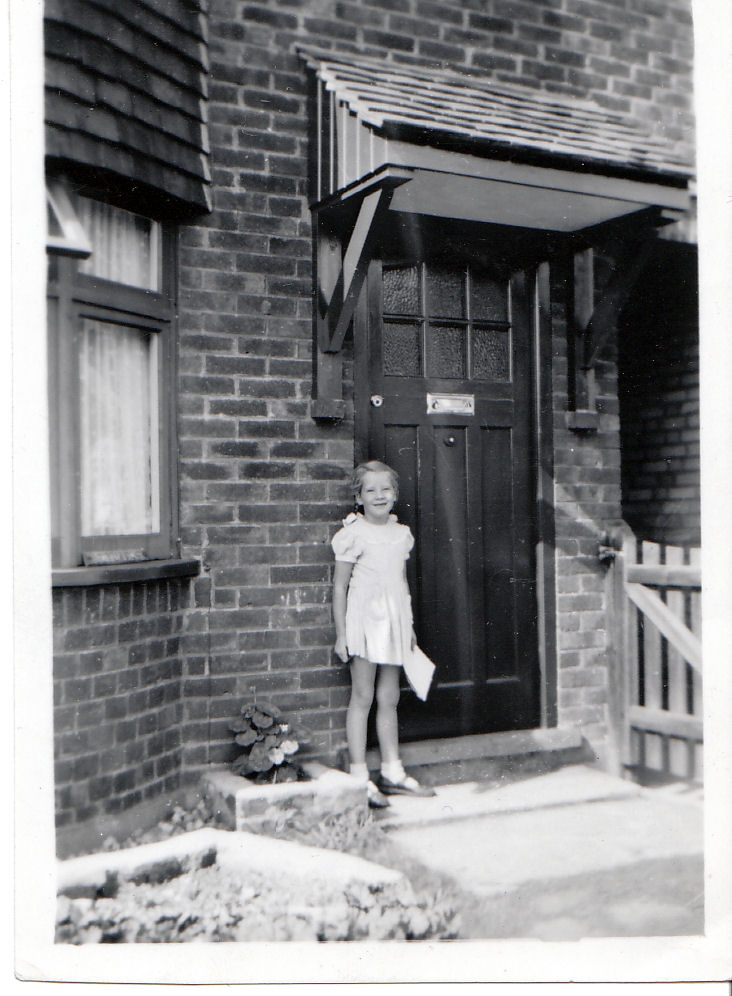 Me outside our house in Hollybush Lane, Tatling End

Our home was very like the two-bedroomed house shown on a plan found in the Book of Britain’s Post-War Homes except, having been built between the wars, it did not have a fuel store or a drying cupboard inside as coal was kept outside and there was a copper built into an outhouse for the washing. As soon as we moved in my dad set about building a pram store for the arrival of my younger brother and my mother had a brand new electric cooker followed, after a while, by a washing machine. We were fortunate indeed. 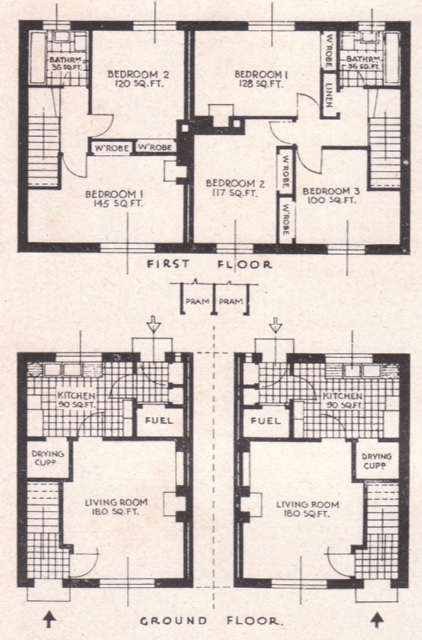 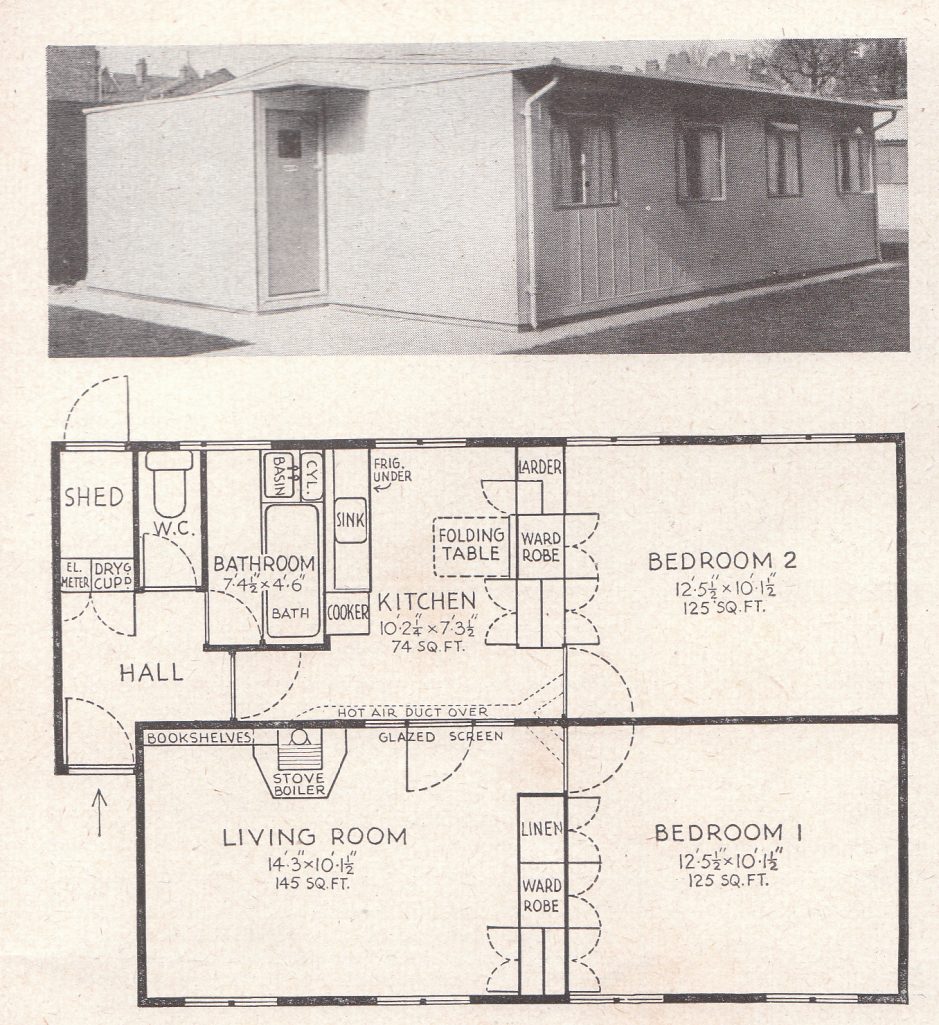 Remember the Pre-fab? Built in their thousands all over the country 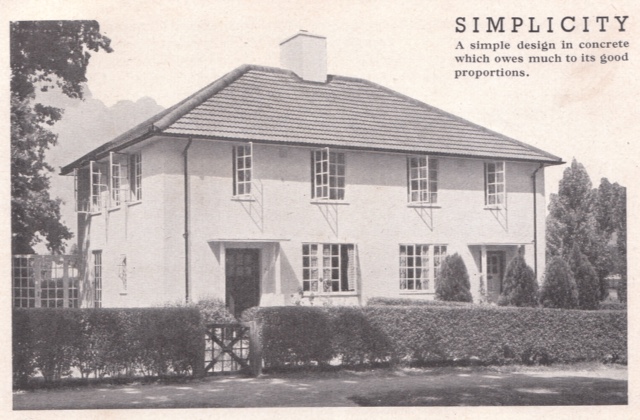 If you would like to find out more about the history of your house, or one that is of interest to you, if you can join us in Sherborne on the afternoon of Saturday 28 April – we would be very pleased to see you.