Many of the trappings of our ‘traditional’ Christmas celebrations had their origins in the Victorian period which also saw the establishment and growth of the railway, so it is not perhaps surprising that festively decorated trains feature on a fair number of vintage Christmas cards. Today many railway lines, especially those run by local enthusiasts, have ‘Santa Specials’ where the great man joins excited children for a train ride, often pulled by a steam engine.

In Sherborne we can tell it is almost Christmas when the Carol Service train arrives in town. This an annual special excursion run by UK Railtours, which brings passengers from London Victoria for a Carol Service in Sherborne Abbey. The train arrived about 1.15pm on Thursday 20 December and, as every year, local people went to the station, or flocked to bridges on the outskirts of the town, to welcome the train and take photographs. 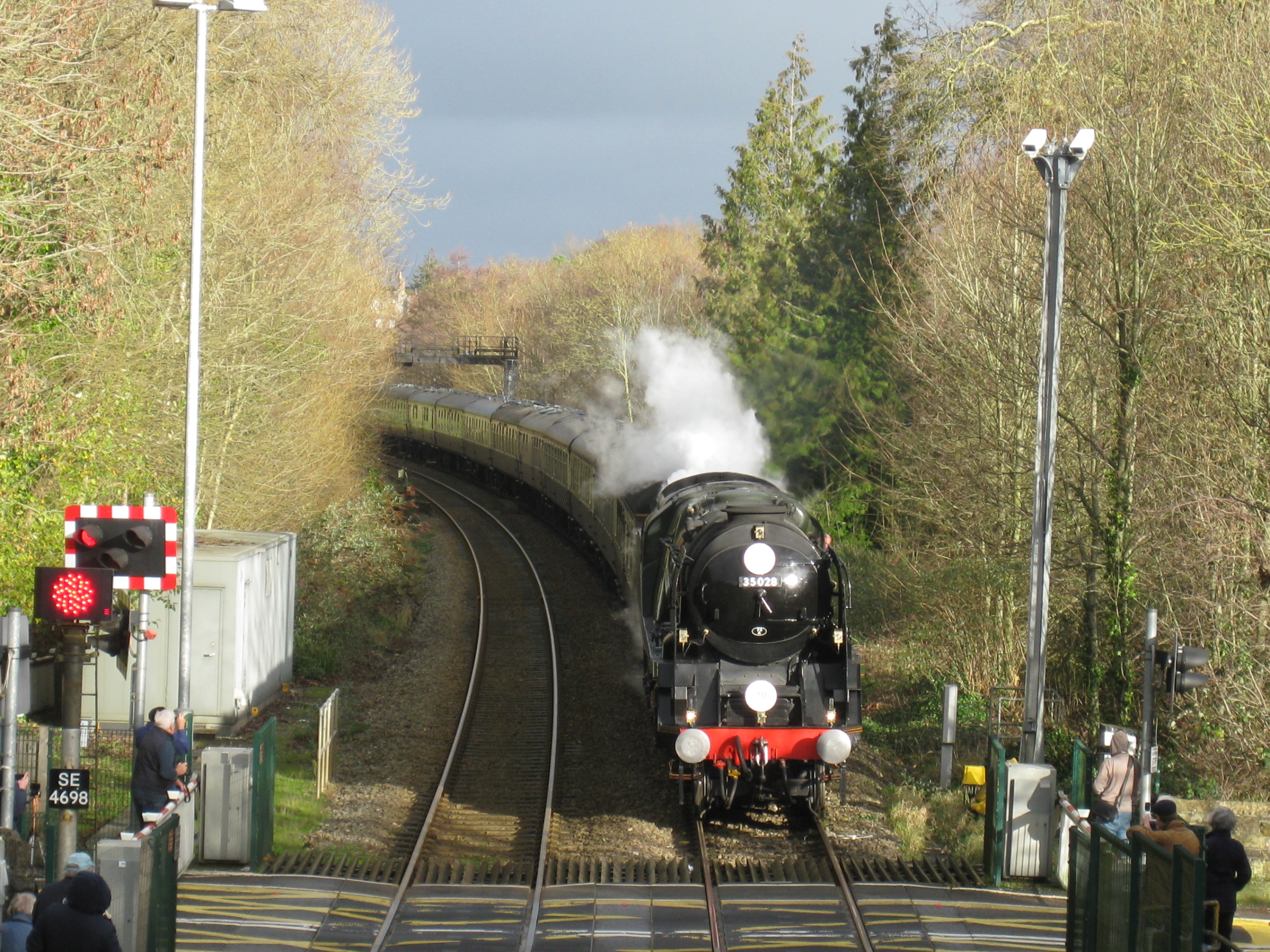 Many of those who gather are (like me) old enough to remember when steam trains were not a special occasion novelty, but it was pleasing to see so many younger people and, especially, small children who were perhaps seeing a ‘real train’ for the first time in their lives. There really is something magical about hearing the characteristic ‘puffing’ and loud whistle as a steam engine pulls slowly into a station, enveloped in clouds of steam. 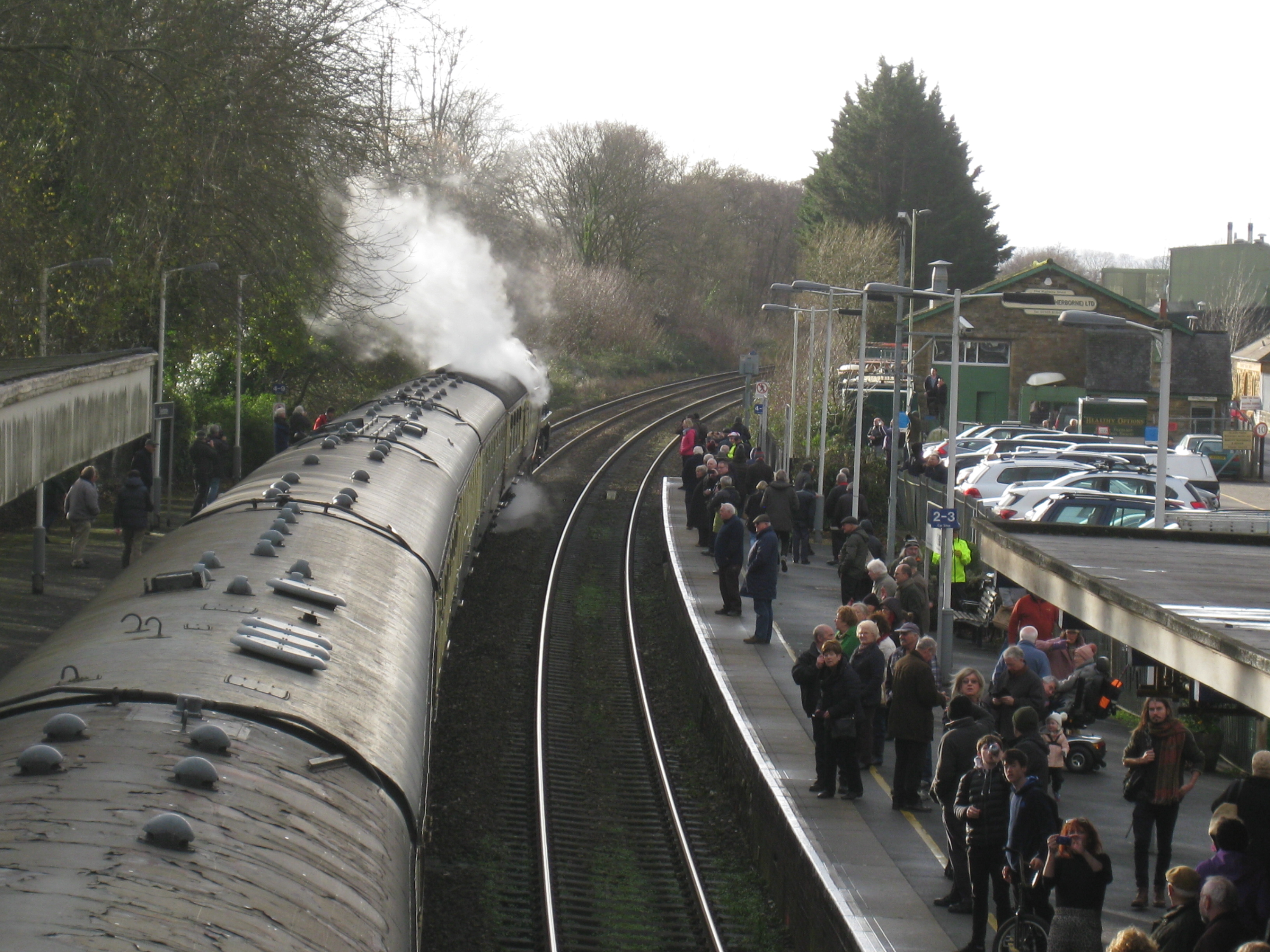 Sherborne Station, as the train pulls in. Photograph: Patricia Spencer

The beautiful steam engine which hauled the dining cars to Sherborne this year was ‘Clan Line’ and, for those who have more than a passing interest in steam engines, Graham Bendell can tell us more about her:

“Clan Line, no. 35028, is one of a class of 30 locomotives, originally built between 1941 and 1949, by the Southern Railway, to the design of O.V.S. Bullied, their chief engineer. It was one of the last to be completed, in December 1948, under the newly formed British Railways. Difficulties with the complex nature of the steamlined class resulted in them all being rebuilt between 1955 and 1959. Clan Line was one of the last to be rebuilt in October 1959, when it emerged in the form we see it today.

It was often to be seen speeding through Sherborne at the head of “The Atlantic Coast Express” until that ceased to run after 1964. After that it was more frequently seen on trains from Waterloo to Weymouth and Bournemouth. Clan Line was withdrawn from service in July 1967 but was quickly purchased by the Merchant Navy Locomotive Preservation Society who have owned it ever since. Clan Line works prestigious dining trains out of London for most of the year, but is not often seen this far west.” 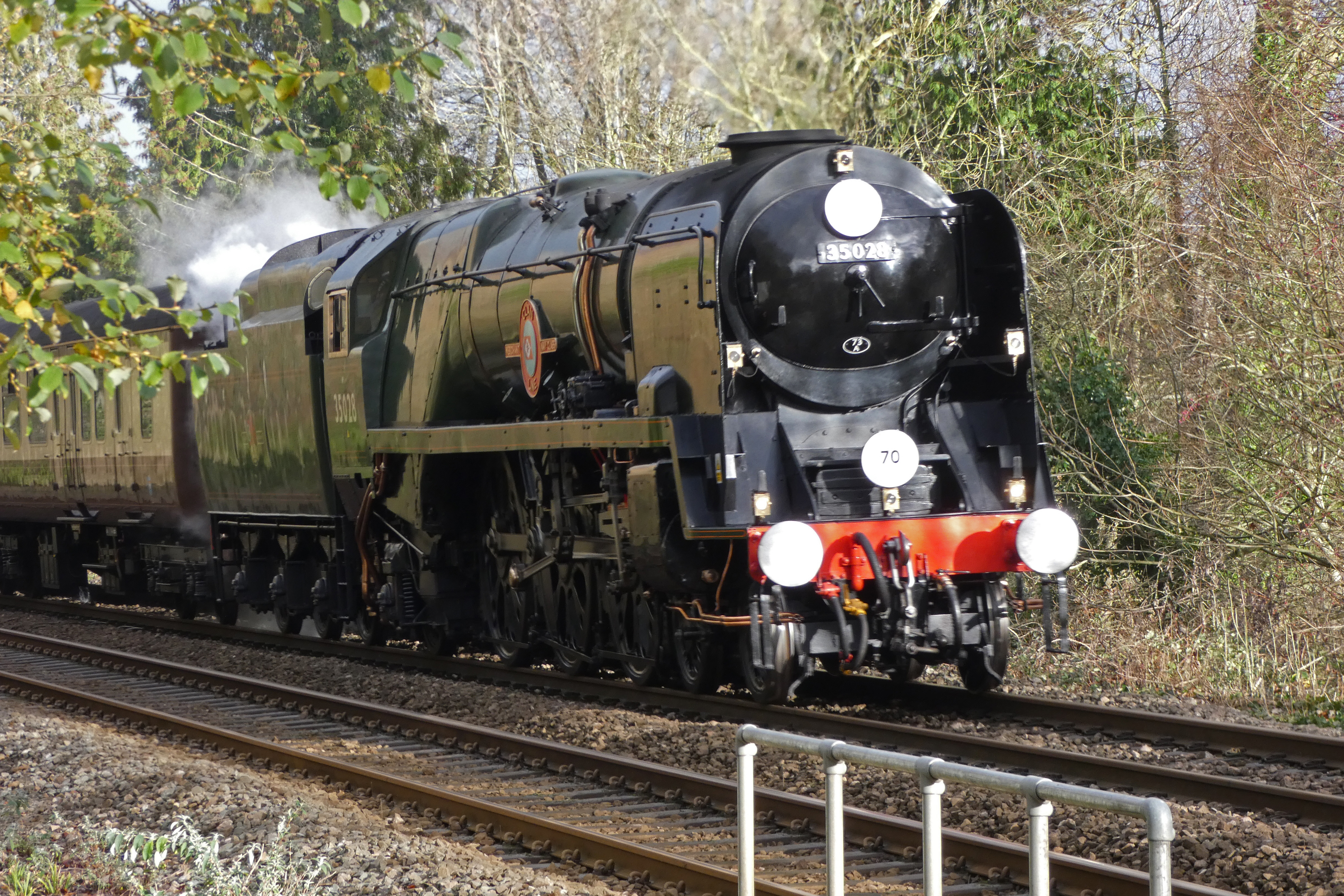 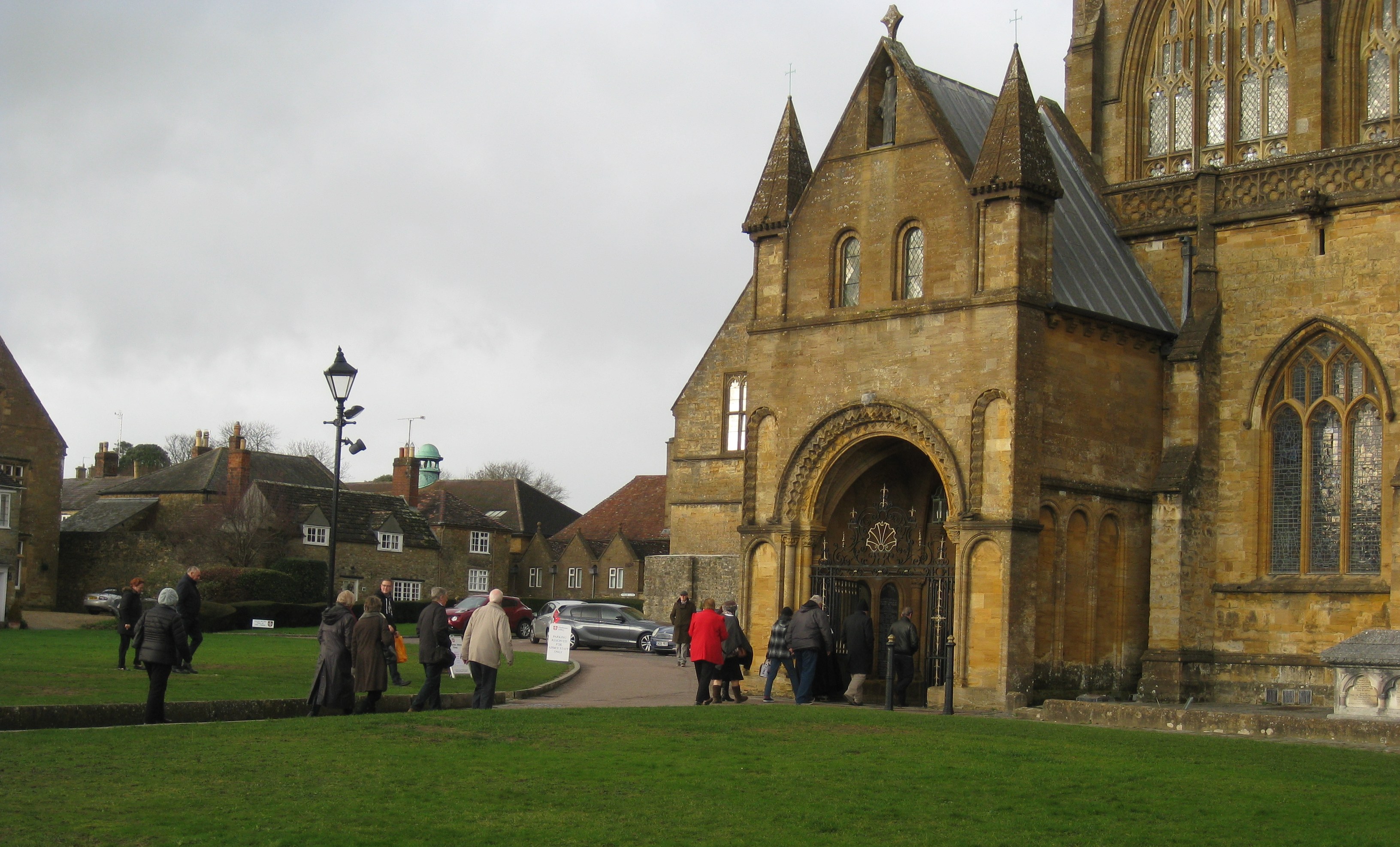 After the carol service, as it is getting dark, the passengers gather on Sherborne station for their return journey to London. In 2012 Barbara Elsmore filmed the Carol Service train’s return from Yeovil Junction, hauled that year by the steam engine ‘Britannia’, and its departure for Victoria.

A very Happy Christmas and best wishes for 2019, to all our members and friends, from everyone at the Somerset & Dorset Family History Society.