Commemorating the start of World War I 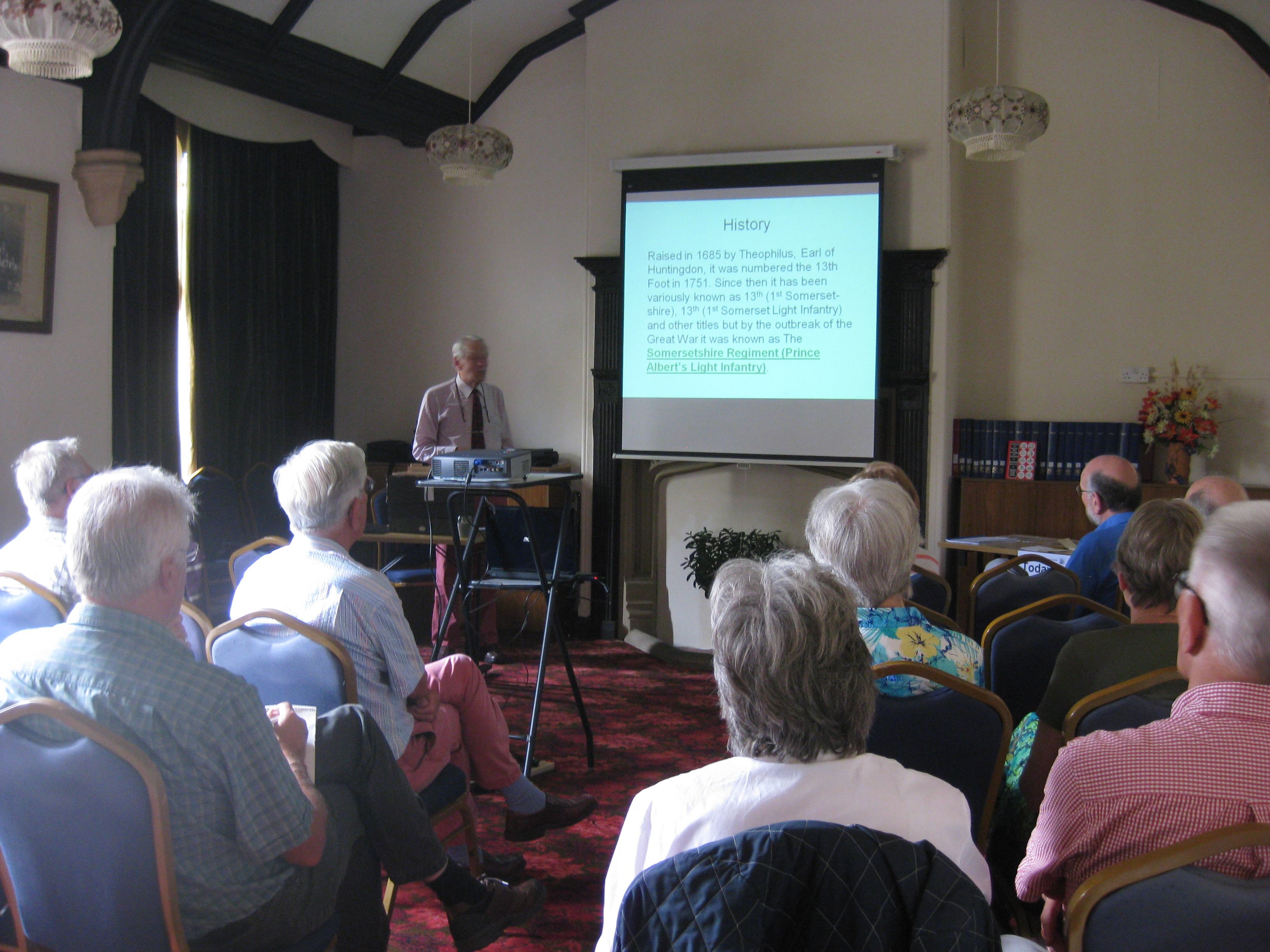 Iain Swinnerton describing the history of the Somerset Regiment.

This weekend is the centenary of the start of World War I and yesterday (2nd August) we marked this with three fascinating talks at our Family History Centre by Col. Iain Swinnerton, the Society’s Military Advisor and a renowned military and family historian. Iain started by discussing the causes of the war and then moved on to talking about the history of the Somersetshire and Dorsetshire regiments and the role they played during the conflict. After a tea break Iain then provided helpful advice for tracing ancestors who fought in WWI – Iain summarised these sources in an earlier post. 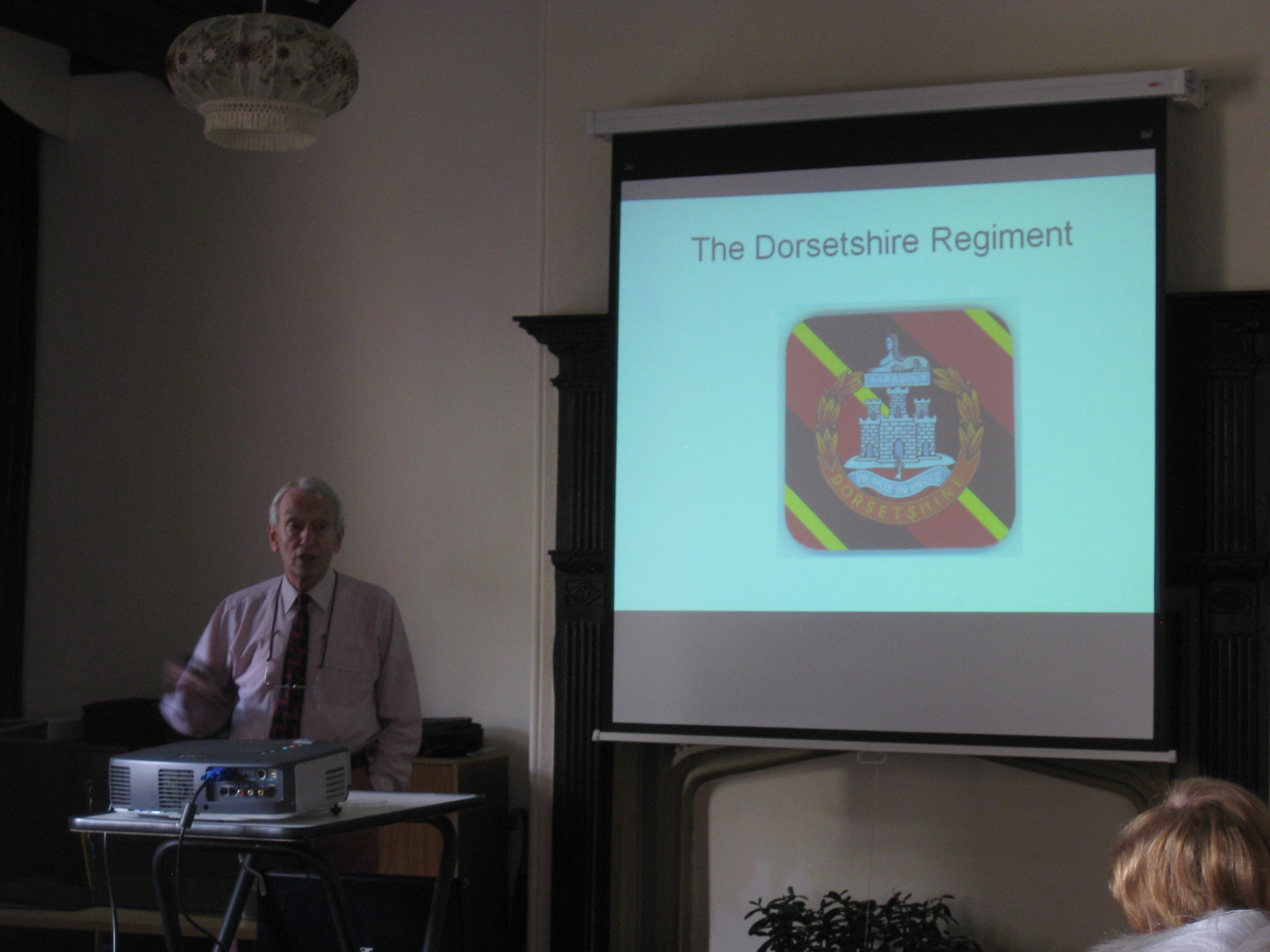 The badge of the Dorsetshire Regiment 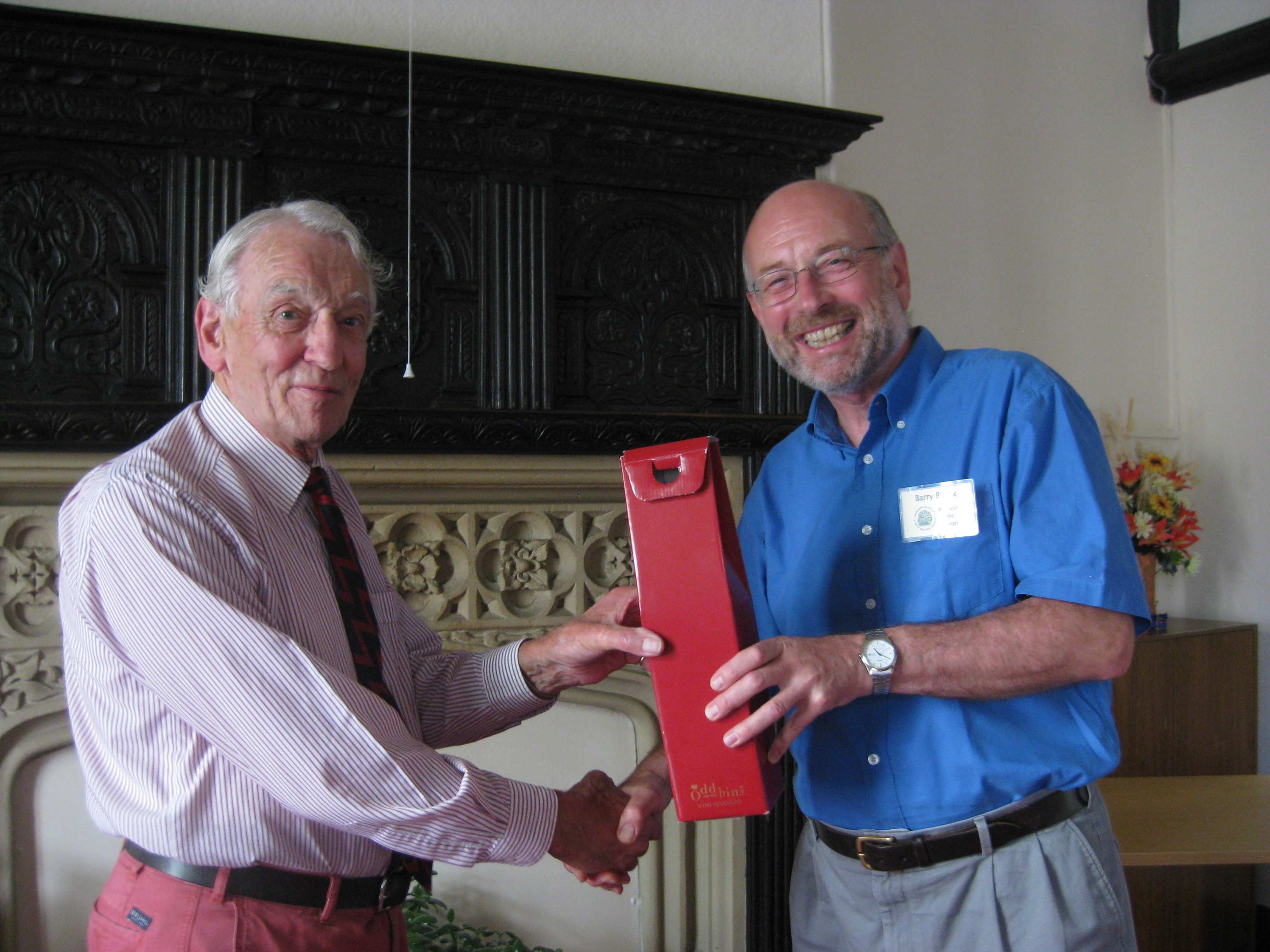 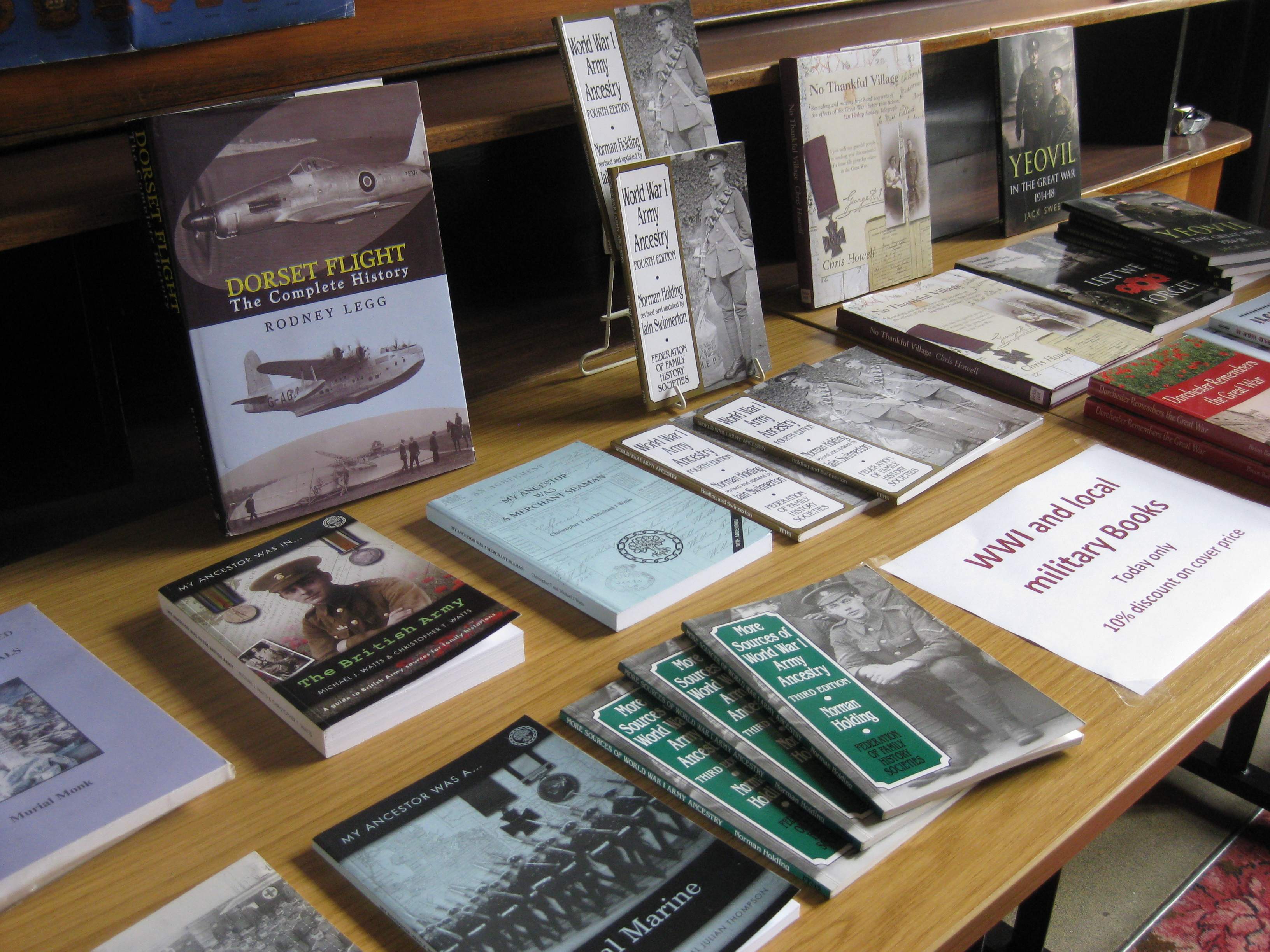 During the afternoon we offered relevant books for sale at a discount – all of those shown here, and many more, can be purchased from our shop and lists can be downloaded here. We also have a display of photographs, recruiting posters, etc in the entrance hall to our Family History Centre in Sherborne – do call in and have a look if you are in the town. 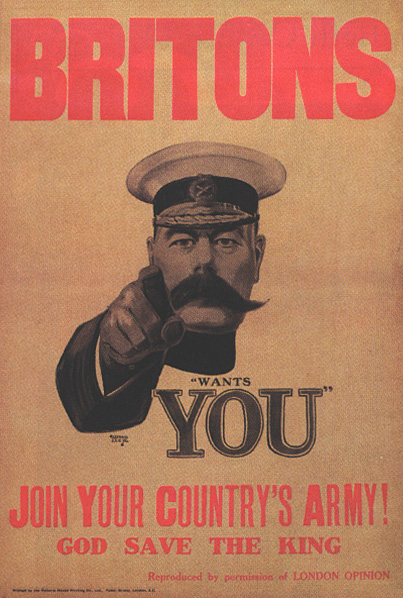 The August issue of The Greenwood Tree was mailed to all 2014 members last week and also focuses on the WWI centenary. I particularly enjoyed an article by the Editor, Bob Barber, describing the development and success of the famous Lord Kitchener ‘Your Country needs You’ poster, and one by Paddy Thompson reproducing a newspaper article written by Alice Clark (of the ‘shoes’ family) who was in Germany in early August 1914 and had a long and hazardous journey home to England, via Denmark. It was sad to read that British citizens in Hamburg were offered no help by the Consulate there which treated them ‘as a crowd of tourists would be who in time of peace had come to the Consulate instead of Cook’s Office for advice about trains’. Alice and her compatriots were told to ‘go to the Railway and Steamship companies and enquire by ourselves’. She contrasts this with the kindness and practical assistance shown to her party by individual German citizens. They were finally able to leave Germany on a boat with evacuating US citizens.

As Bob Barber noted in his own post a few days ago, the war impacted the lives not just of those who fought abroad but also of those who served at home in, for example, factories and hospitals, and their sacrifices and dedication are also described in articles in the August Greenwood Tree. If you are not already a members of the SDFHS, you can still join for 2014 and receive all three issues (February, May and August) published to date and the November issue on publication. Details of how to join can be found here.