Ernest Chambers and other Anzacs in Weymouth

Phil Sherwood and Jennie McGowan of the SDFHS South Dorset Group took part recently in a 15 minute Radio Solent programme about Anzacs in Weymouth as part of the BBC’s ‘World War One at Home ‘series. You can hear the programme at: http://www.bbc.co.uk/programmes/p01x5jzr. Jennie gives further information about her family connection to the Anzacs. 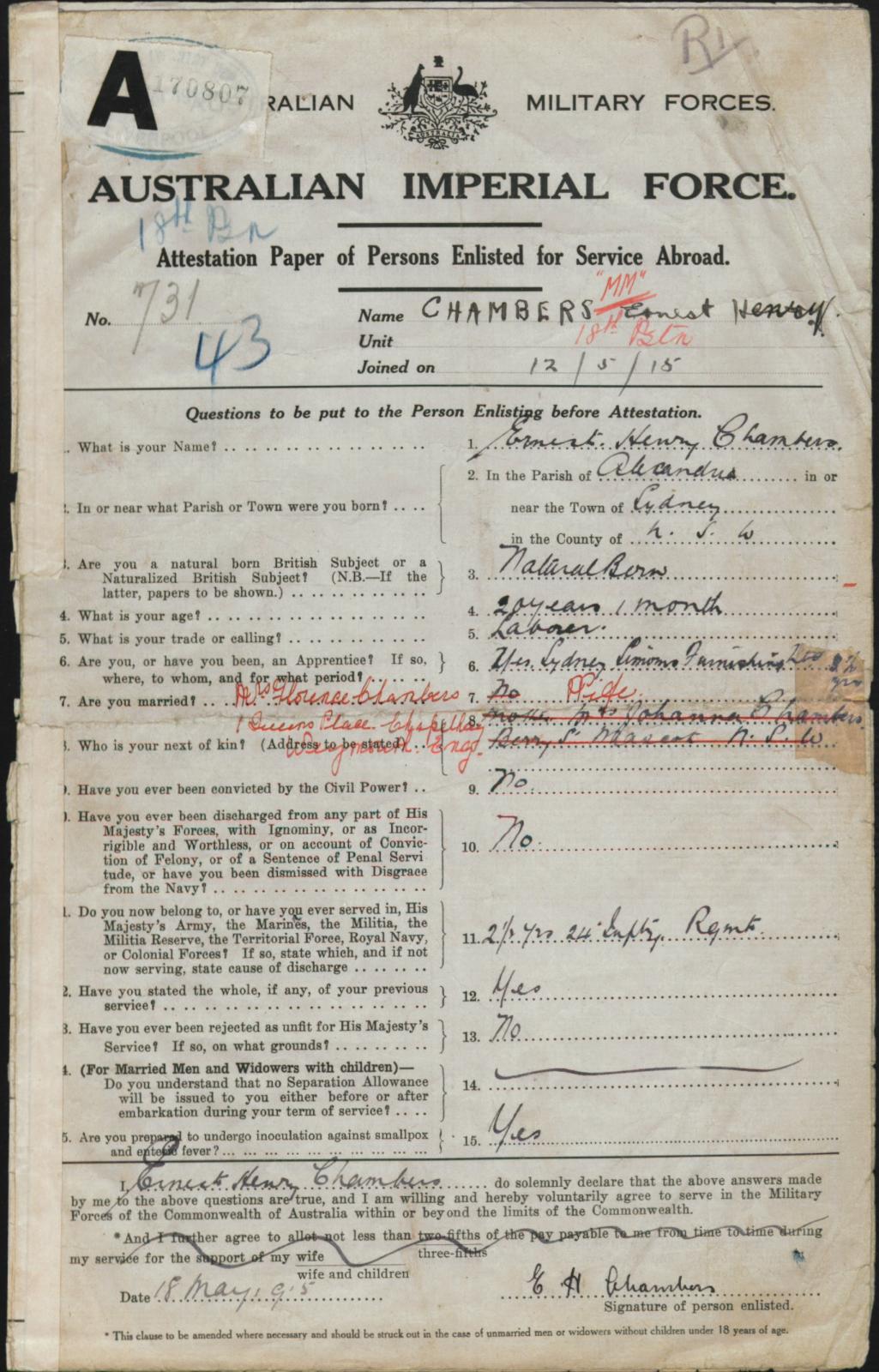 Ernest Henry Chambers was born in 1895 in Sydney Australia, the son of Johanna and Frederick Henry Chambers. He enlisted for service abroad on 12th May 1915 by which time he had been in the 24th Infantry Regiment for 2 ½ years. Ernest was wounded three times during World War I and sent back to rejoin the regiment twice. It must have been when he was in Weymouth on one of these occasions and stationed at Westham Camp, that he met and married Florence Beatrice Walden who had been born on 4th February 1895 and was the eldest daughter of Robert Alfred Old Walden and Sarah Alice (née Wright). Ernest and Florence were married at Holy Trinity Church, Weymouth on 9th July 1917. Ernest’s address was given as Rollestone Camp, Salisbury.

I always knew that Ernie (as he was known) had been wounded in WW1 and had shrapnel inside him still, but it was not until recently that I looked up his army record and realised what a brave lad he had been. 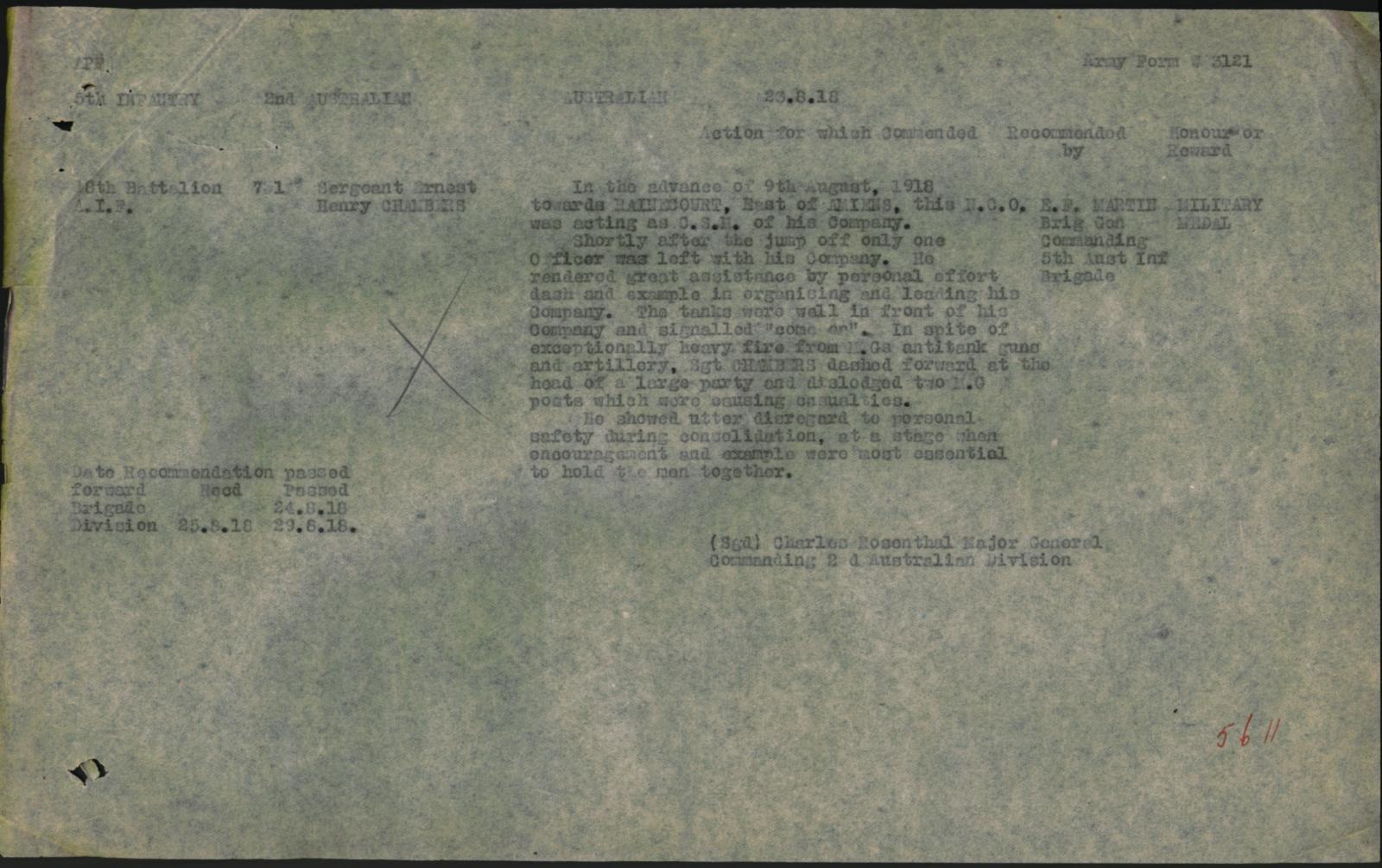 I remember him as a very quiet but nice uncle and I always associated him with the Monte Video Hospital at Weymouth. On his record there are the words ‘Monte Video’ – it’s strange how some things you hear as a child stick in your mind.

Ernest was only one of the more than 105,000 Anzacs who were sent to the Weymouth area to recover from battlefield injuries, most of them survivors of the disastrous Gallipoli campaign. The wounded men were made very welcome by local people and they began attending church services on Sunday mornings and then spending the rest of the day with local families, resulting in 50 weddings to local girls, including that of Ernest to my Aunt Florence. 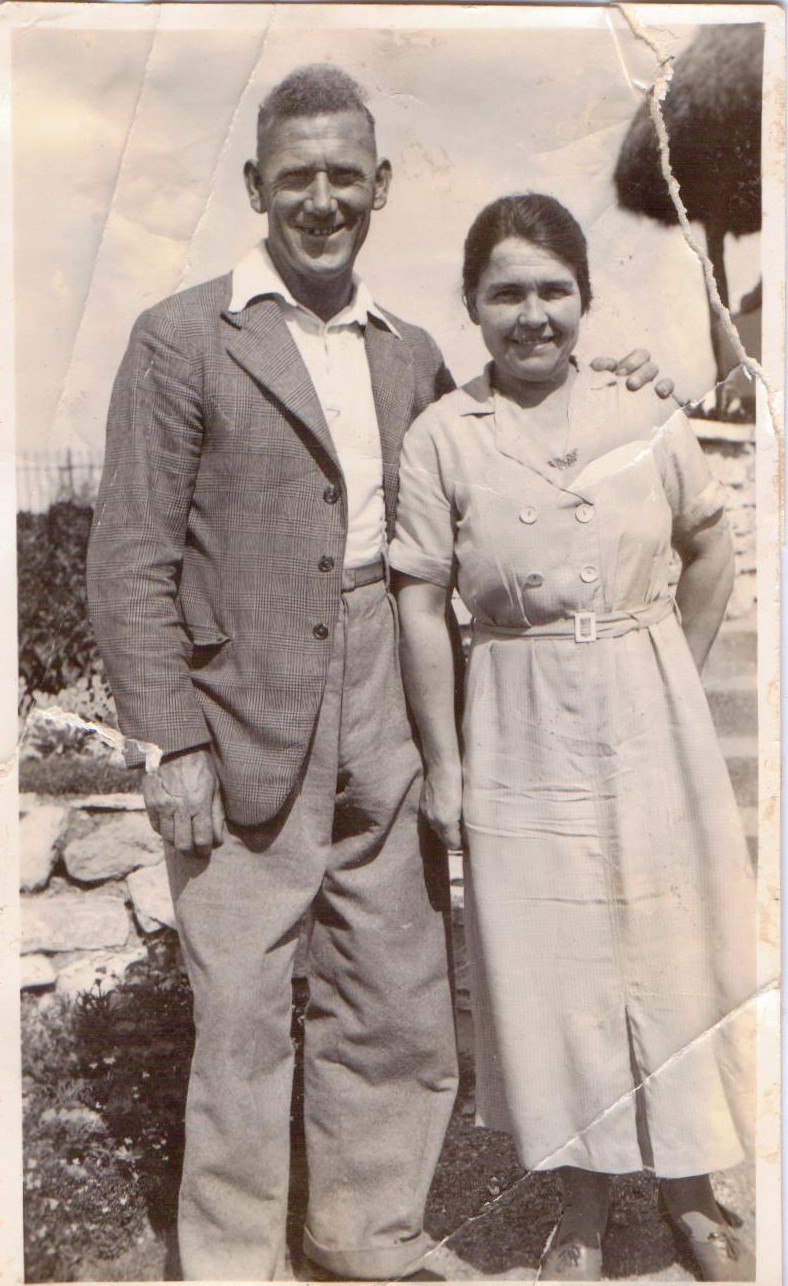 After the War Ernest and Florence went to live in Australia. He was discharged from the army on 14 August 1919 and a medical on 13th October 1919 showed a bullet on the 9th rib (the shrapnel I remember being told about as a child); this stayed in place until he died on 2 November 1978. After his death Florence returned to England where she lived with her sisters in Weymouth. I remember her as a tiny lady who was a good cook – she had long dark hair which she always wore in a bun. Florence died on 7 January 1982.

Eighty-six of the Anzacs sent to Weymouth did not recover and are buried in Weymouth and Melcombe Regis cemeteries and Weymouth observes Anzac Day on the 25 April every year with a service at the Anzac memorial along the esplanade.

(The story of Ernest and Florence Chambers and their family is told in more detail in the February 2014 issue of the SDFHS Journal, The Greenwood Tree)