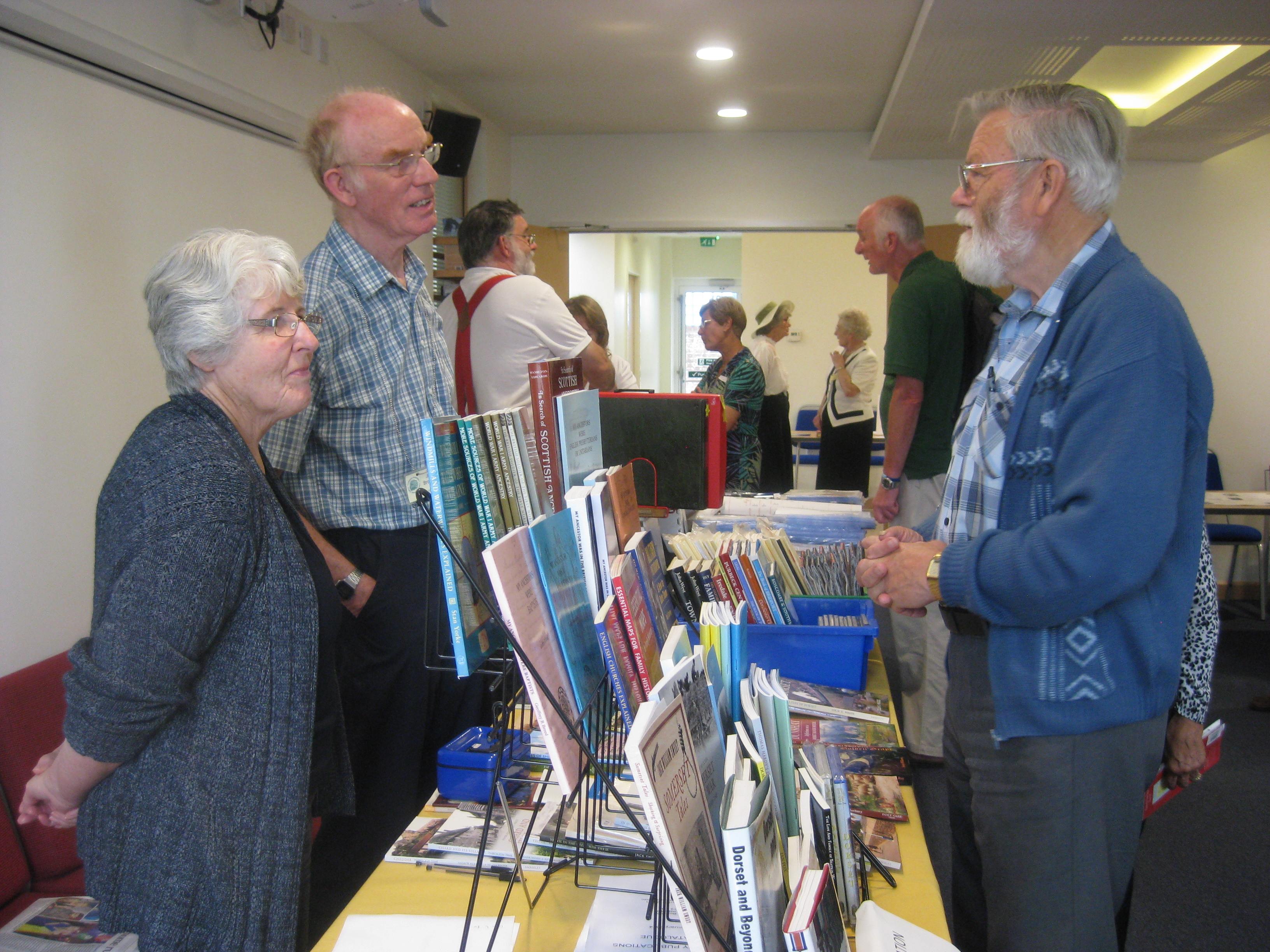 Each year the SDFHS Family History Day, which includes our AGM, is organised by one of our ten local groups and this year it was the turn of the South Dorset Group who hosted the event at St Aldhelm’s Church Centre in Weymouth. The venue was excellent, very easy to find and with good facilities, and all the hard work done by the Group in preparation paid off, resulting in a very well-organised and interesting day. In addition to the talks, there were several stalls (including our own SDFHS bookstall) and displays, mainly related to World War I. 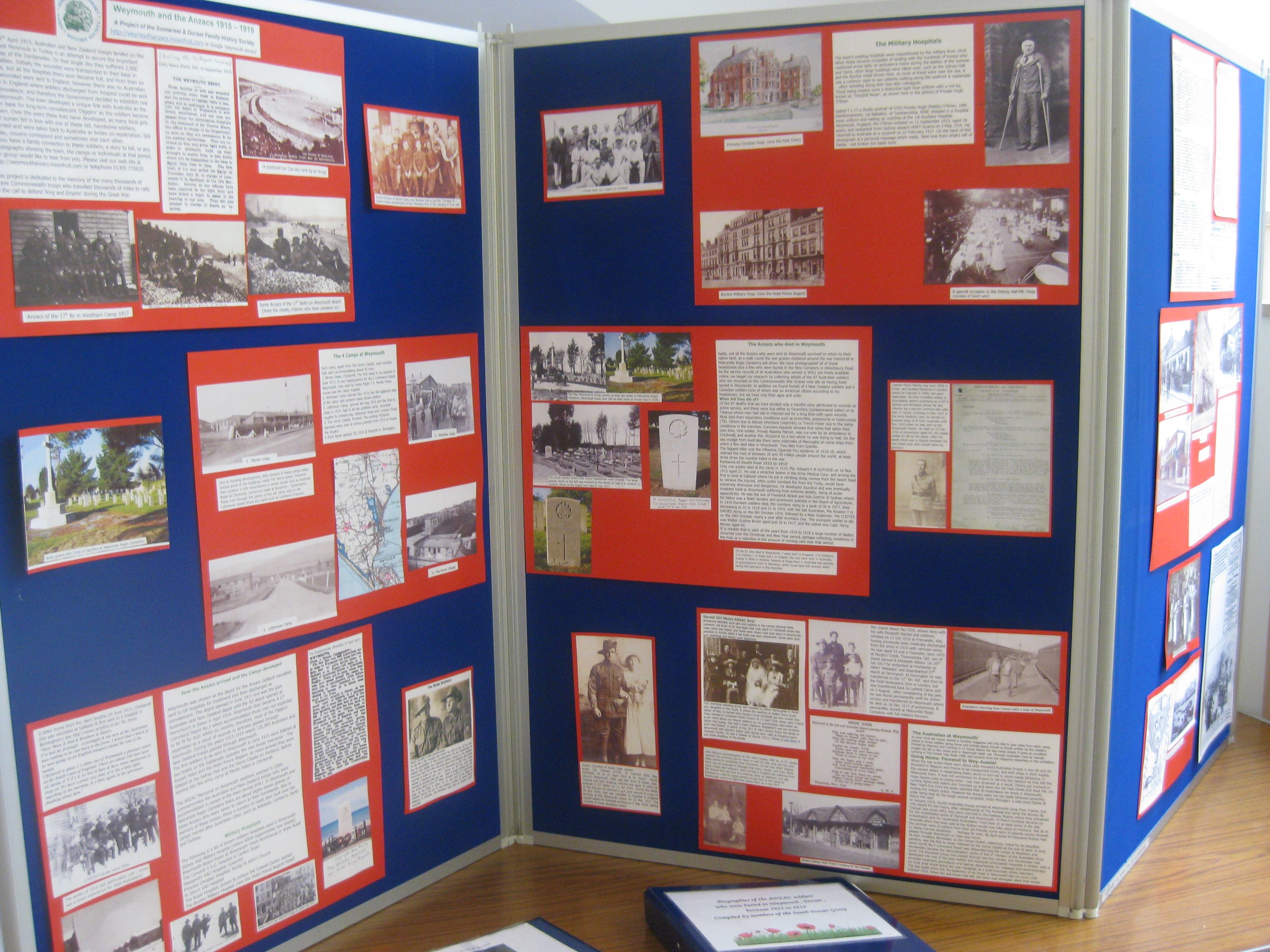 The event started (as all good events should!) with complimentary tea or coffee, and then the South Dorset Group Chairman, Julie Kent, introduced the first speaker, Stuart Morris, who had prepared an audio-visual presentation on Dorset and the Royal Navy – from the earliest days to World War One. Stuart took us from the Roman and Viking actions on the south coast of Dorset, though the heyday of the Tudor navy and the building of the fortifications and barriers at Portland, to the involvement of Dorset in World War One. The well-illustrated talk contained a wealth of information and anyone interested in the subject would do well to buy a copy of Stuart’s book. 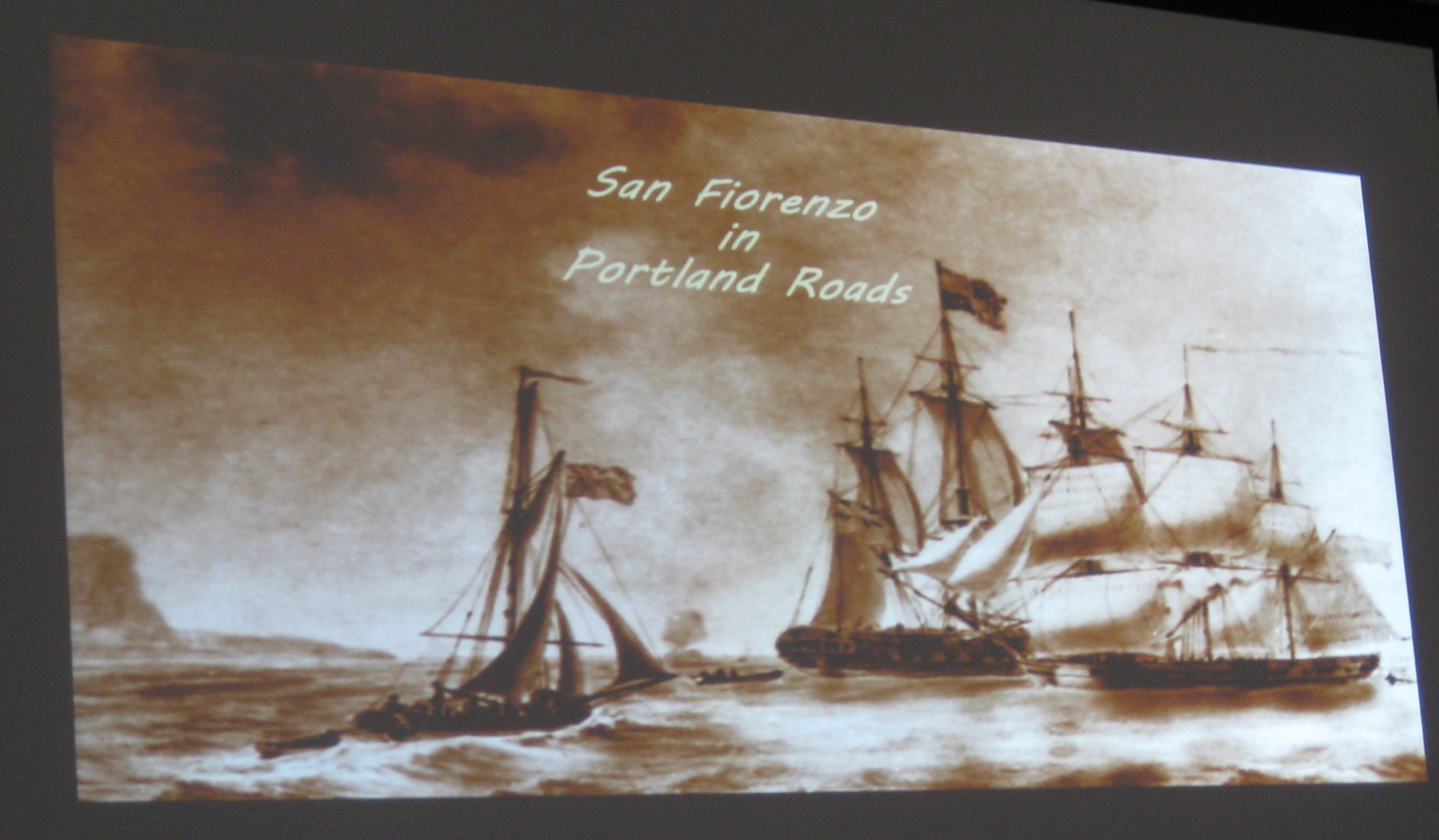 The Society’s Annual General Meeting followed, during which both the Chairman, Ann-Marie Wilkinson, and the Treasurer, Rose Figgins, drew attention to the efforts being made during to cut costs and generate more income. These have been so successful that Rose is optimistic that the deficit on the year in 2013 will be turned into a modest annual surplus by the end of 2014. 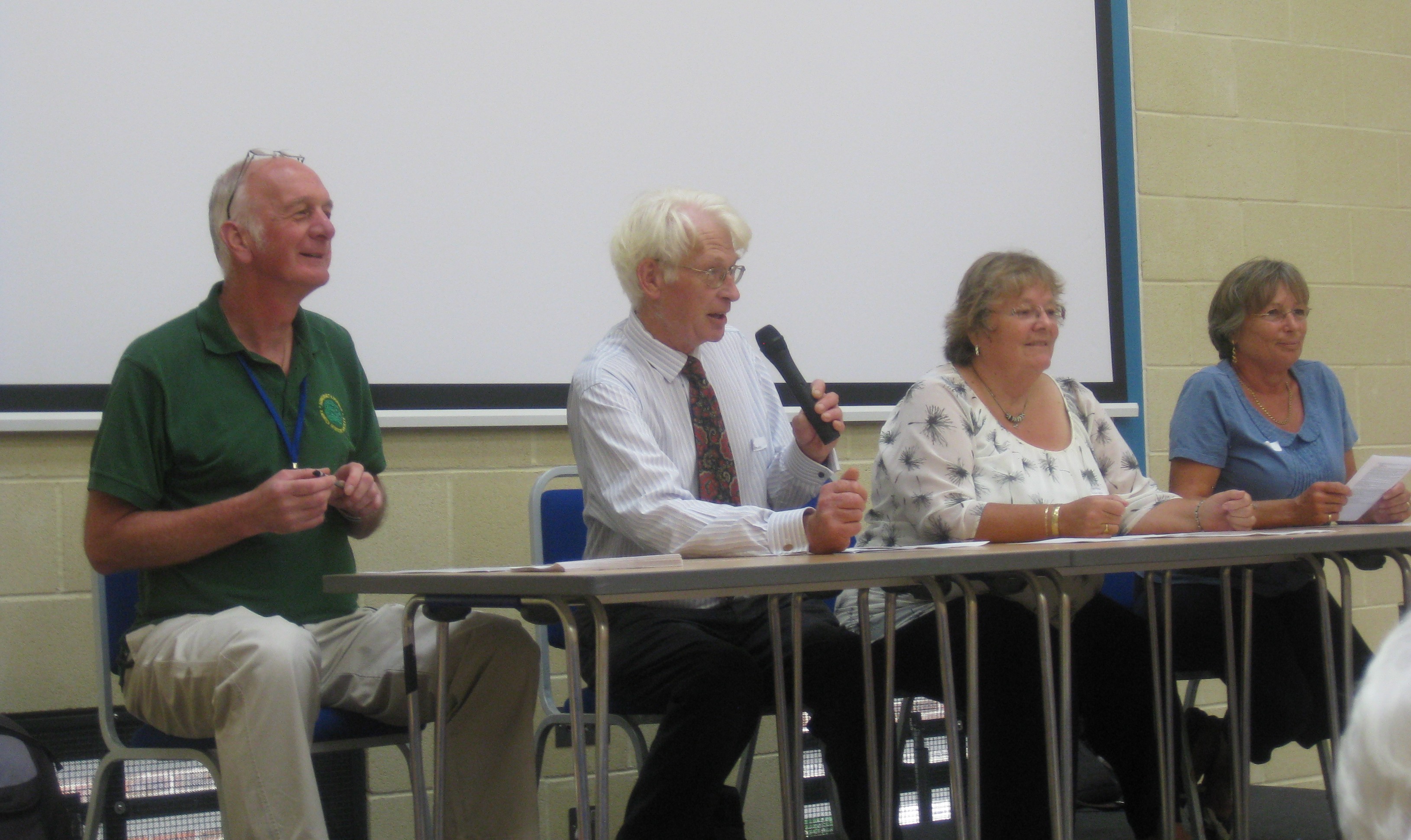 Most of those attending had booked for the excellent lunch which was provided by the South Dorset Group and the break gave us all time to browse the stalls and look at the displays. 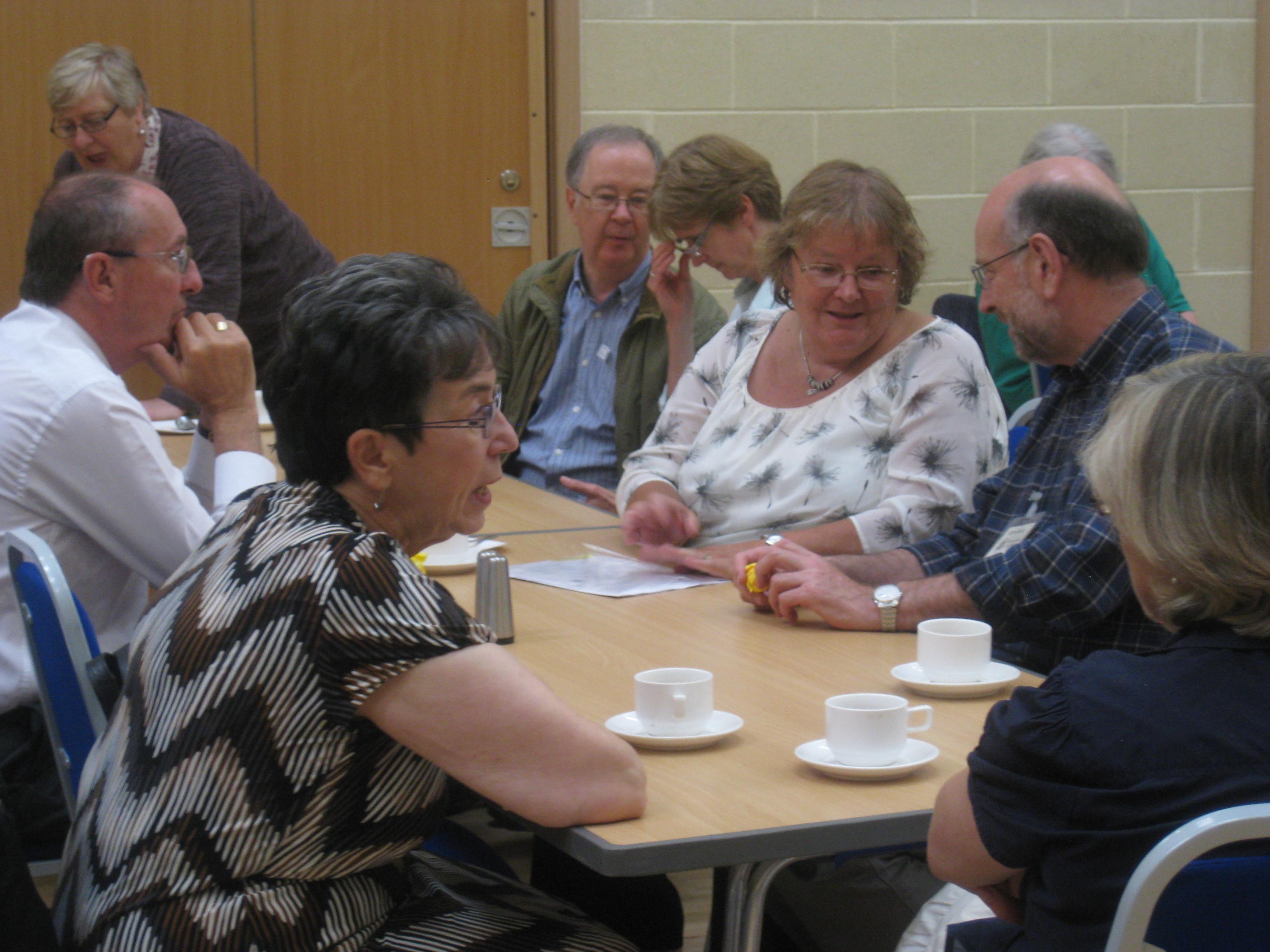 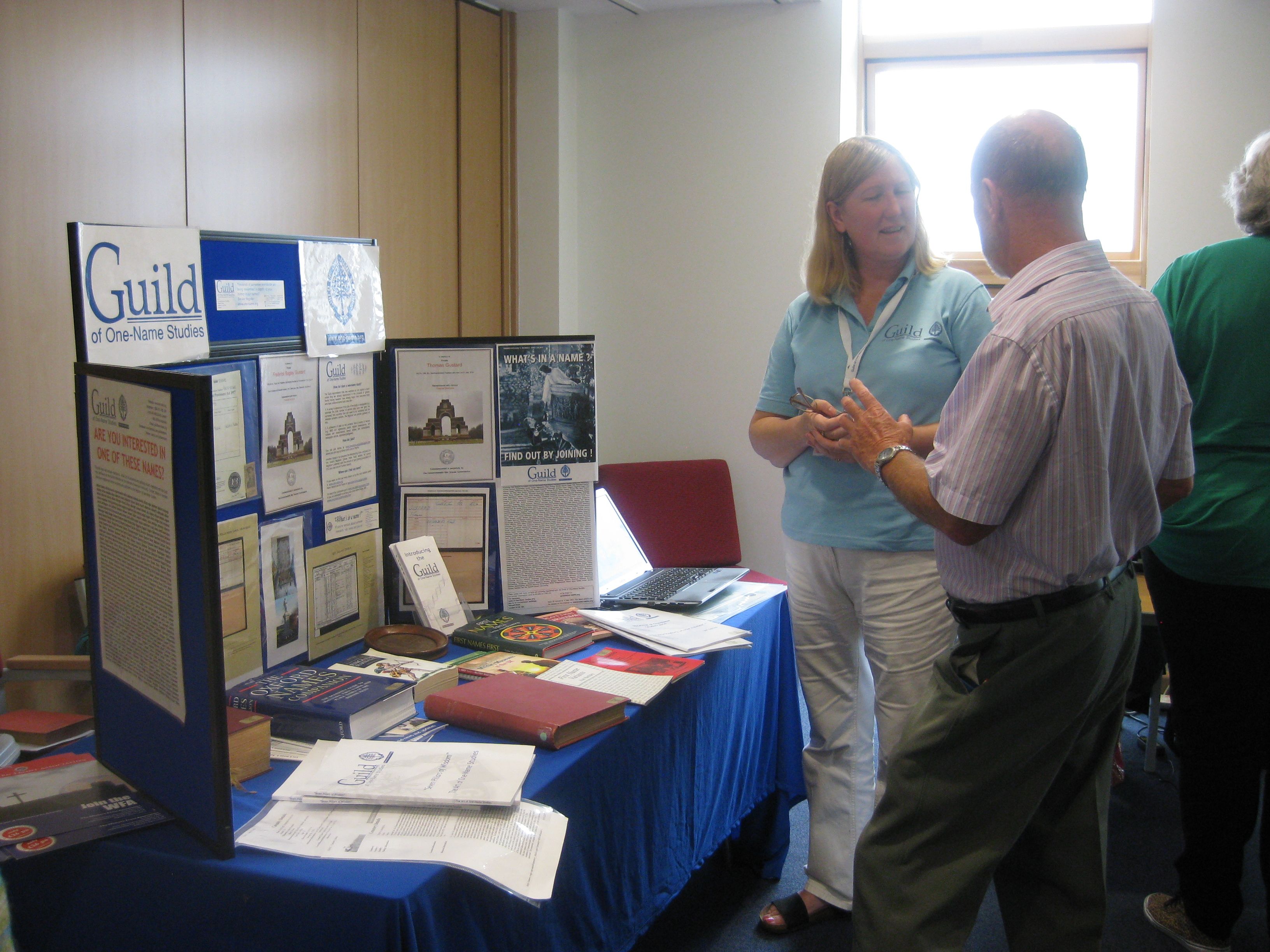 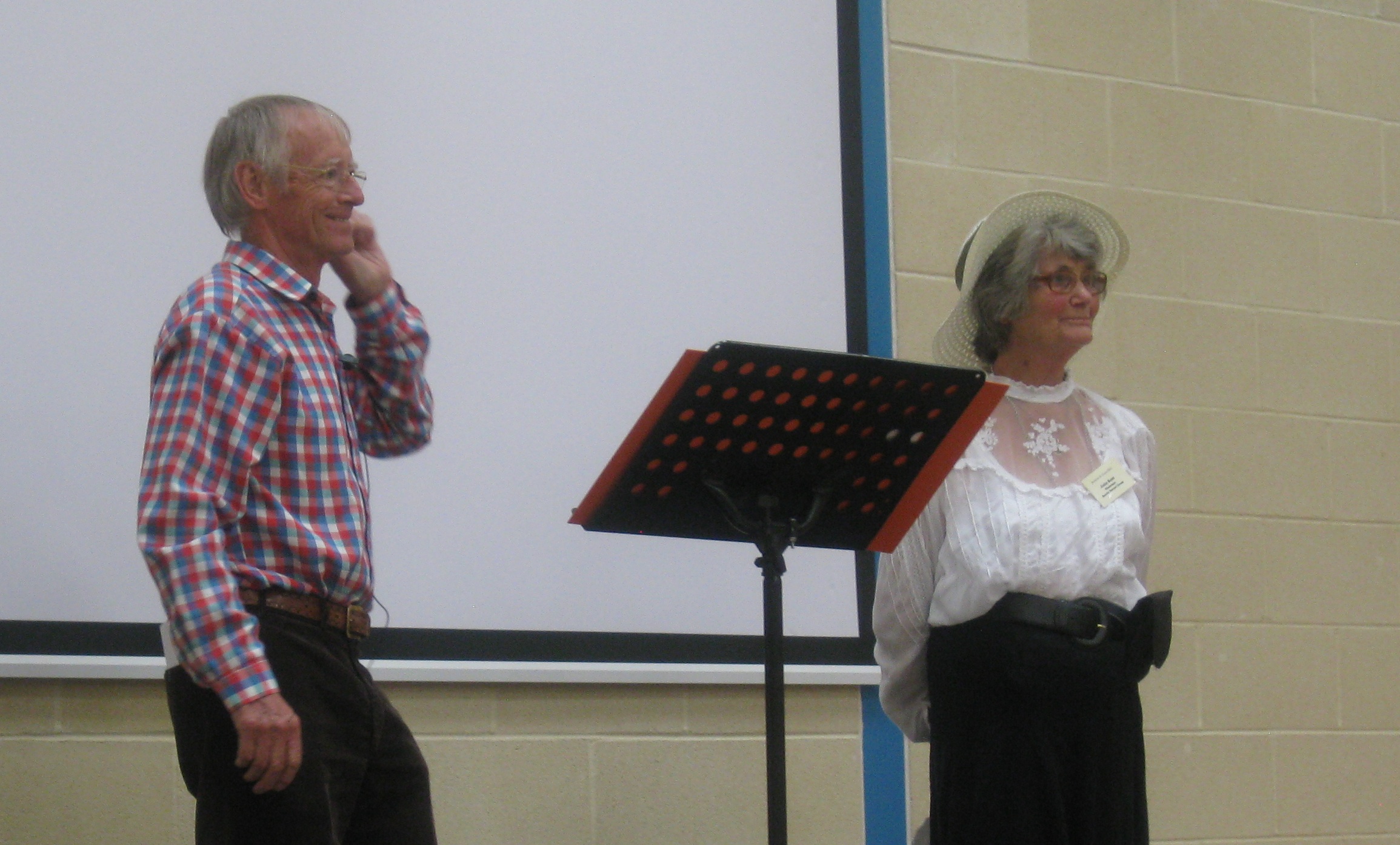 The second talk of the day was by Bonny Sartin on From Corscombe to New Zealand. Bonny described the emigration of Edmund and Lucy Sarten of Corscombe who travelled to a new life in New Zealand on the William Bryan, which sailed from Plymouth on 19 November 1840 and arrived at New Plymouth, New Zealand on 30 March 1841. During the long voyage Lucy (who was seasick for most of the time) gave birth to the couple’s second son, Levi. Life for the immigrants was very hard as they tried to settle down. Initially the local Maoris were welcoming and even planted additional crops to help the settlers but as more and more people arrived by ship, tensions grew between the two communities, resulting in conflict. As befits a member of the Dorset Folk Group The Yetties, Bonny interspersed his talk with songs and poetry.

After a final tea or coffee, we all dispersed, to look forward to next year’s Family History Day which is being organised by our Yeovil Group and will be held on Saturday 19 September 2015.