Grandad’s spade – another object with a story to tell

Barbara Elsmore tells the story of another of her family treasures – one that won’t fit into her box and which ‘won’t buckle’! 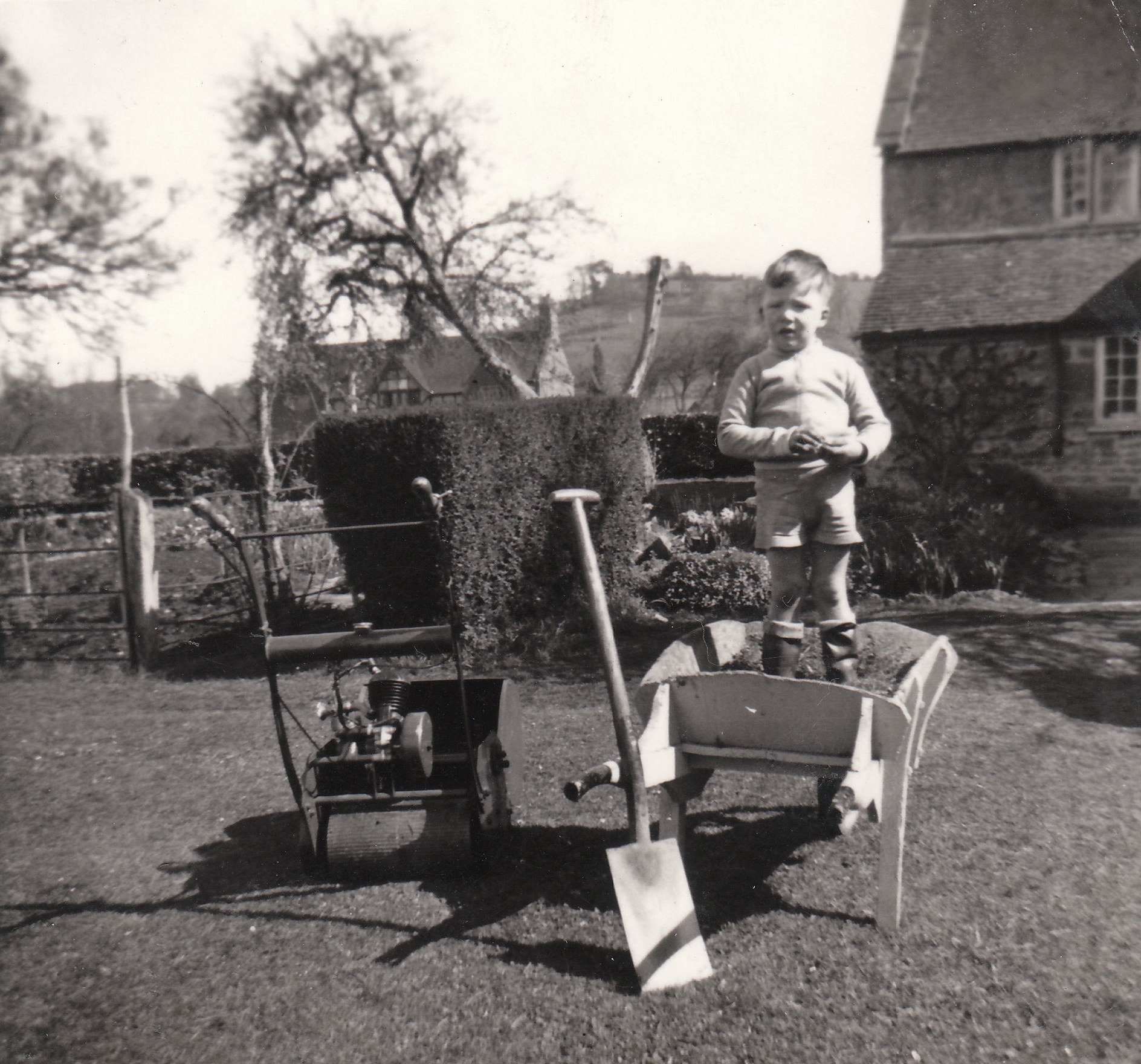 It crept up slowly, the need to get the boxes of family photos and mementoes down from the loft where I had stashed them hastily following my mother’s death three years previously. I soon found myself transported back in time, when I found a photo of my brother Roger standing in the wheelbarrow belonging to my grandfather Arthur Collings in the garden of the old house in Nether Compton, Dorset that held such happy childhood memories for me. Next to the wheelbarrow was propped a familiar looking spade which sent me out to the shed and there hanging on a hook I found the same spade now handed down to me. On the back ‘1953‘ was written in pencil by my father and he had varnished the handle and clearly taken care of it in the past. I remembered him occasionally reminding me that it was called a ‘Won’t Buckle’ and I think the name amused him.

Next into my father’s diaries and I discovered that in July 1953 we were spending a two week holiday with my grandparents from our home in Uxbridge and on Friday 9 July the entry stated ‘Nice morning went in to Yeovil and bought Dad a spade at Hill Sawtell’. So this spade was bought as a gift by my father to his father and I wondered why since it wasn’t his birthday as he had turned seventy the previous October. Perhaps he was finally retiring from all the extra activities connected to the village that he had helped to organise over the years. He had certainly just assisted in the planning of the village celebrations for the Queen’s coronation, the fourth such celebration he had been involved with having begun in 1902, at only twenty, when Edward VII was crowned. 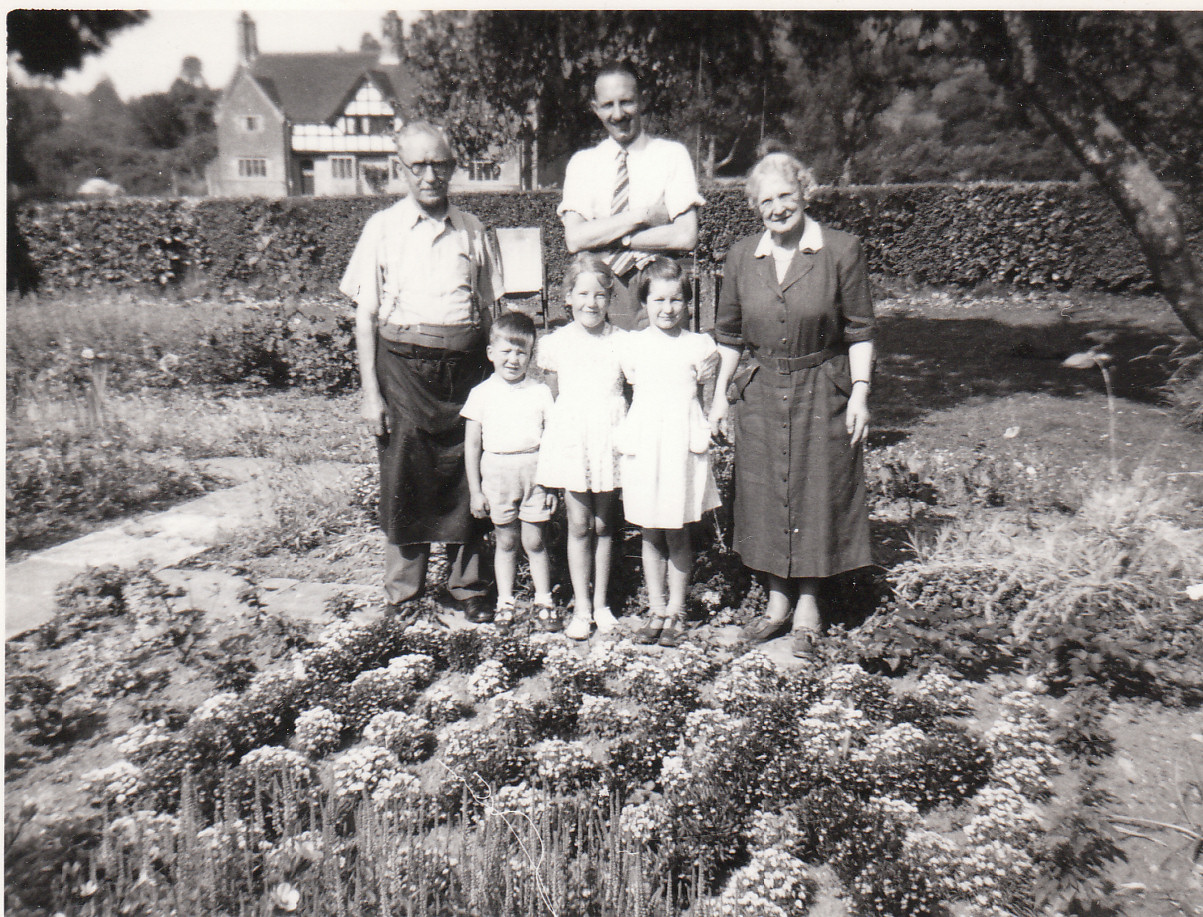 Perhaps my father, who had a lot of love and respect for his father, felt moved to buy the spade on a whim – I will never know – but I have a very strong feeling that the giving of this spade was very important to both of them. We finished our holiday and returned home without realising that none of us would see Grandad again as on Saturday 19 September a telegram was received at 6.00am to say that he had passed away at 1.15 that morning. 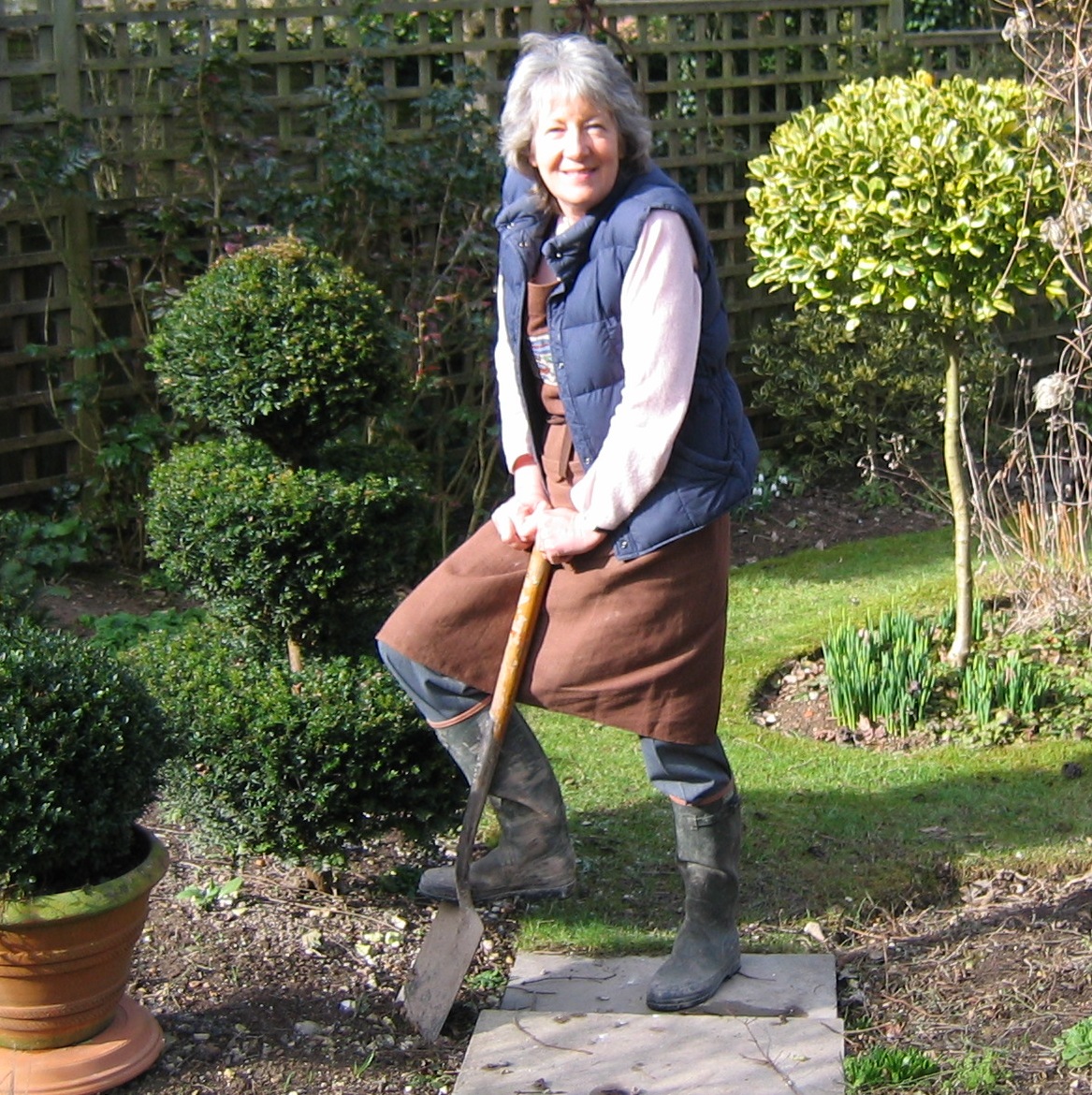 2006 Barbara using the spade in her own garden

Three years later and we moved into a new house in Winchester and my dad put the spade to good use in the making of his own garden. He was always a neat and tidy gardener and he did grow a few vegetables over the years but he had not inherited the indefinable feeling towards the garden that my grandfather clearly had. My brother is very like my father as he too likes to see things orderly and trimmed and he loves his ride on mower. I am a little different in my feelings towards my garden allowing the many flowers and plants I have learned to love and nurture over the years to run a little wild but I hope that I may have inherited something of my grandfather’s lifelong love affair with gardening. 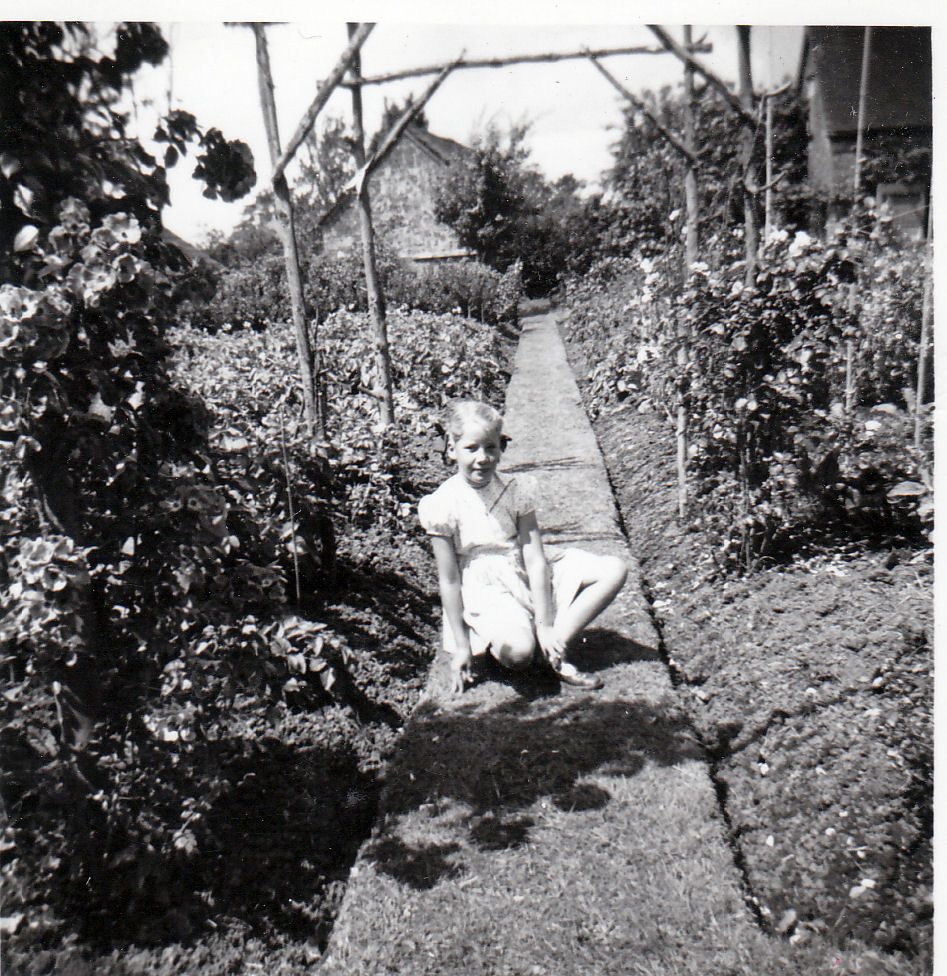 Barbara in the entrance to her Grandad’s vegetable garden

When I look at the ‘Won’t Buckle’ I am transported back to the little piece of heaven that was Grandad’s garden with its red, white and black currants, gooseberries, raspberries, strawberries and vegetables of all kinds. There were roses, dahlias for the village show, lavender, lilac and a mass of daffodils and primroses in the Spring. I remember going through the gate and into the orchard with its apple trees, plums and pears. Here there was also an old barn with a cider press and this together with the chickens, the old pigsty and the bee hives were sure signs that this was not just a hobby garden and would have been essential in contributing to keeping food on the table when my great grandfather moved into the house with his wife and seven children in 1884. Of course the orchard has been built on and everything has been tidied up and is now in order but I can still take an imaginary walk around it as it lives on in my memory. Oh and of course I still have the spade to remind me and in over sixty years of use it has lived up to its name and has not buckled!