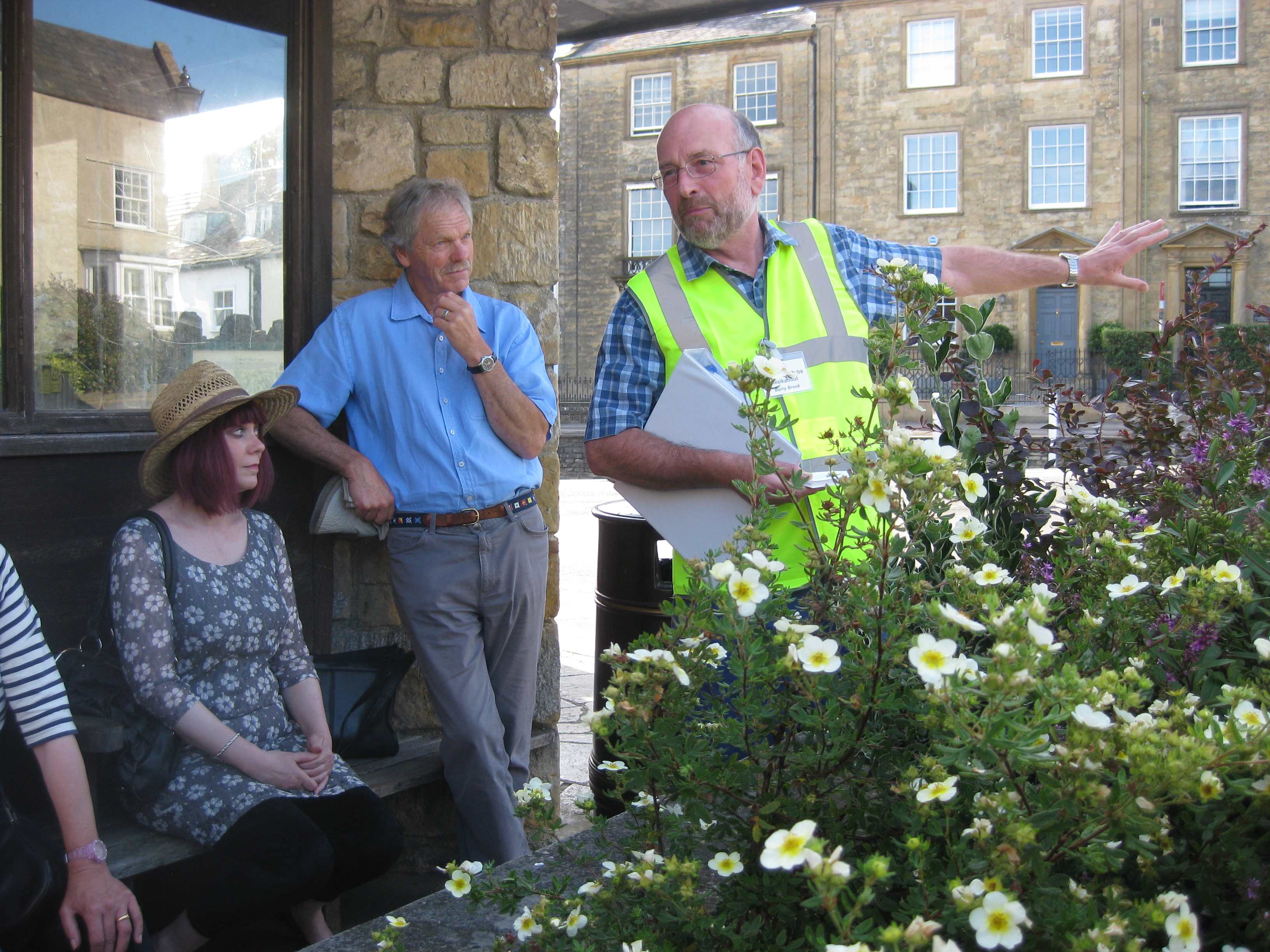 Barry, at the start of the walk, describing the New Inn which stood on the site of the houses opposite, on the main Exeter to London road (now the A30). Sherborne was situated at the crossroads of the Exeter/London road and that from Bristol to Weymouth – hence the high number of inns and coaching houses.

Yesterday evening (17th July) saw Barry Brock, the Manager of our Family History Centre, suitably kitted out in a luminous safety jacket, guiding a group of us around the streets of Sherborne, on the trail of the town’s vanished pubs. This was the first of four such pub walks (definitely not pub crawls!) that the Society has organized this summer. We originally set three dates but these all booked up so quickly that we recently added a fourth – on Thursday 7th August (places still available at the time of writing). 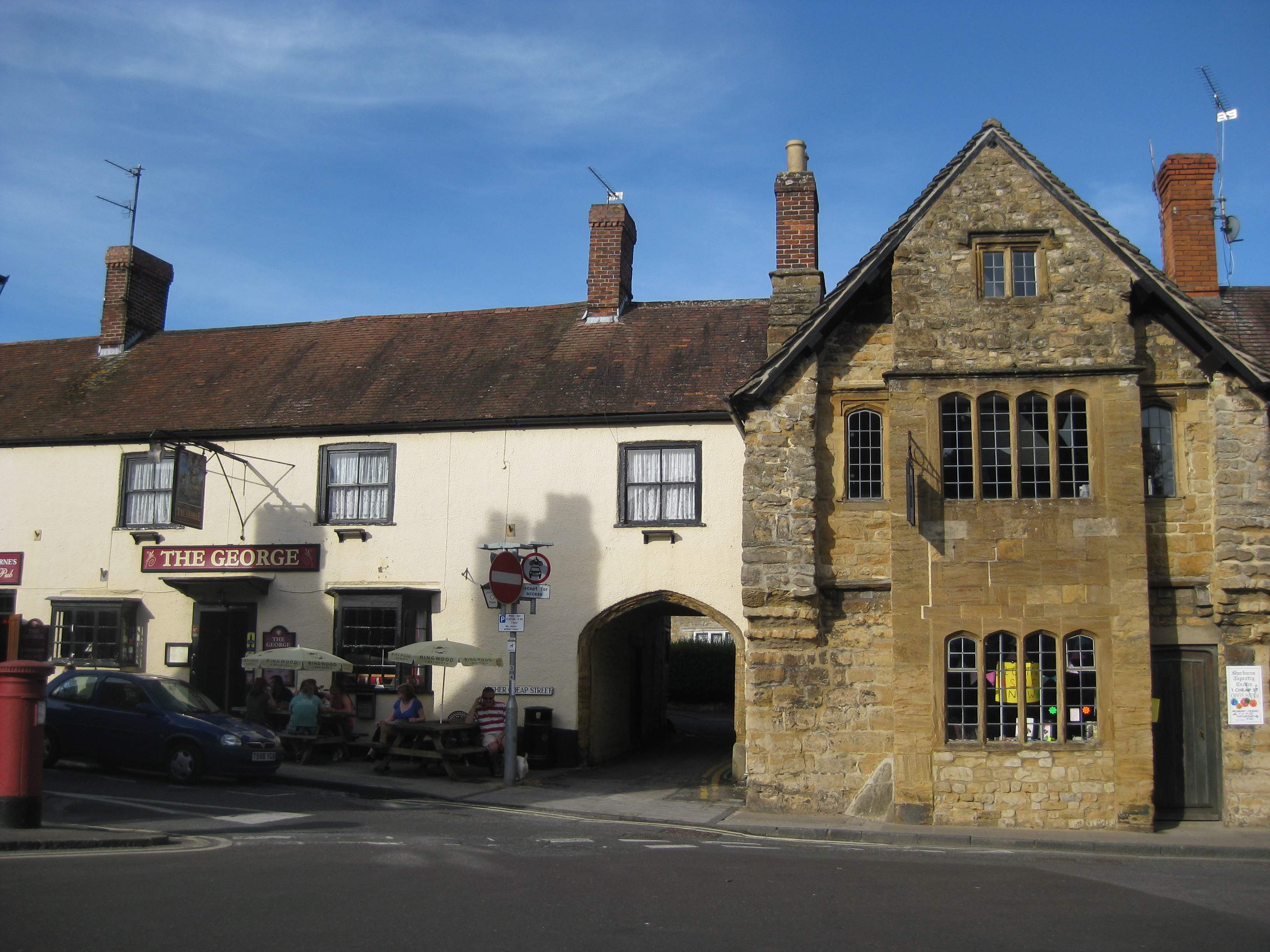 The George (http://thegeorgesherborne.co.uk/),which is Sherborne’s oldest surviving pub and is still flourishing today. The earliest reference dates back to 1405, although the present building is early 16th century. Next to it, the stone building (now a shop) was originally the hospice of St Julian and is still owned by SS Johns Almshouse.

When we arranged the dates, we hoped that the weather would be kind to us but couldn’t have predicted that the first walk would be on one of the hottest days, so far, of the year. By the time we set off, at 6.00pm, the heat of the day had died down somewhat, leaving us to explore the history of Sherborne’s many, many hostelries on a lovely, warm, sunny evening – this beautiful historic town was certainly looking its best! 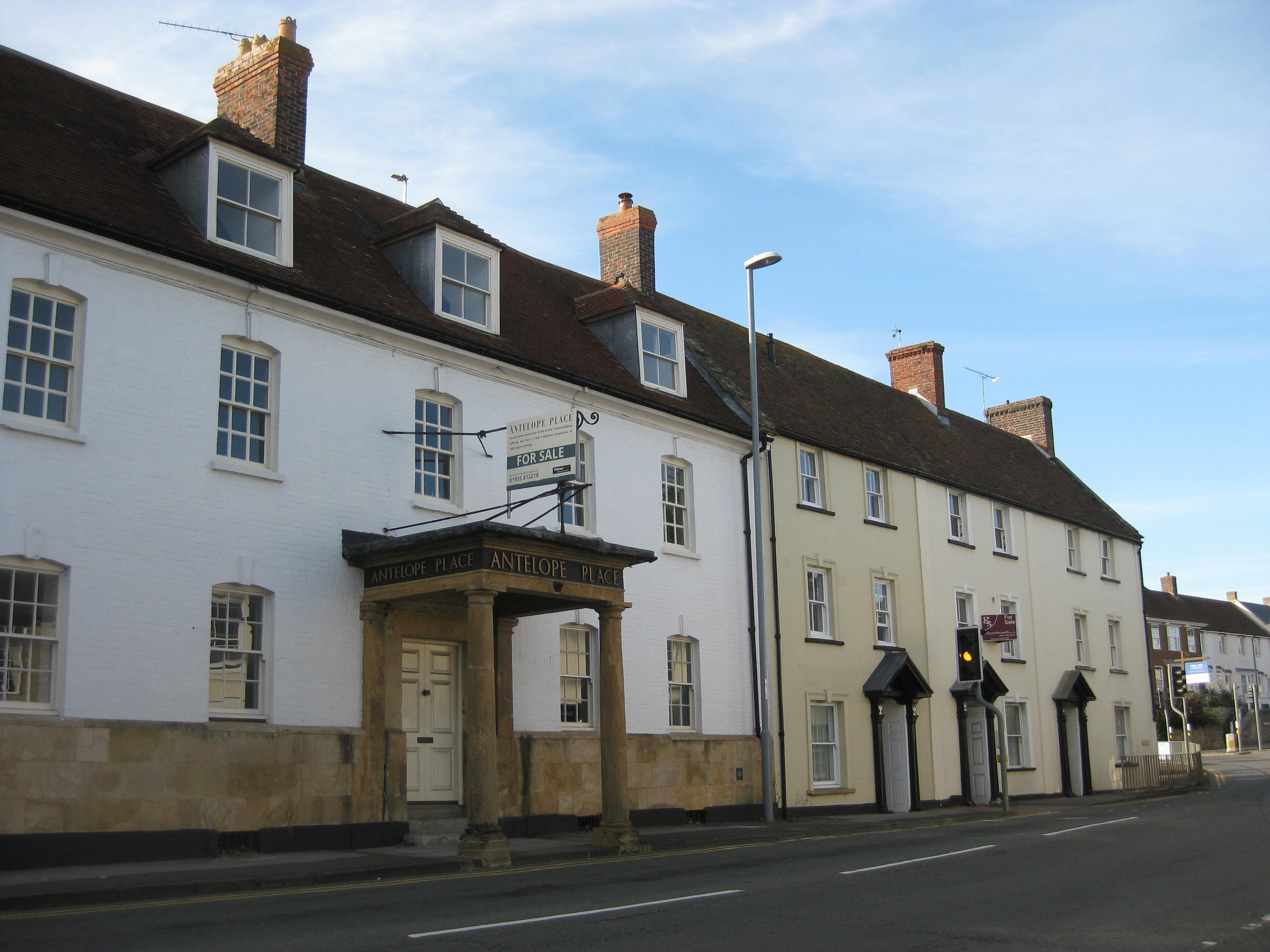 The Antelope (now private apartments). The houses beyond were once the King’s Arms, and then the Globe, and finally Seymour’s bottling plant. 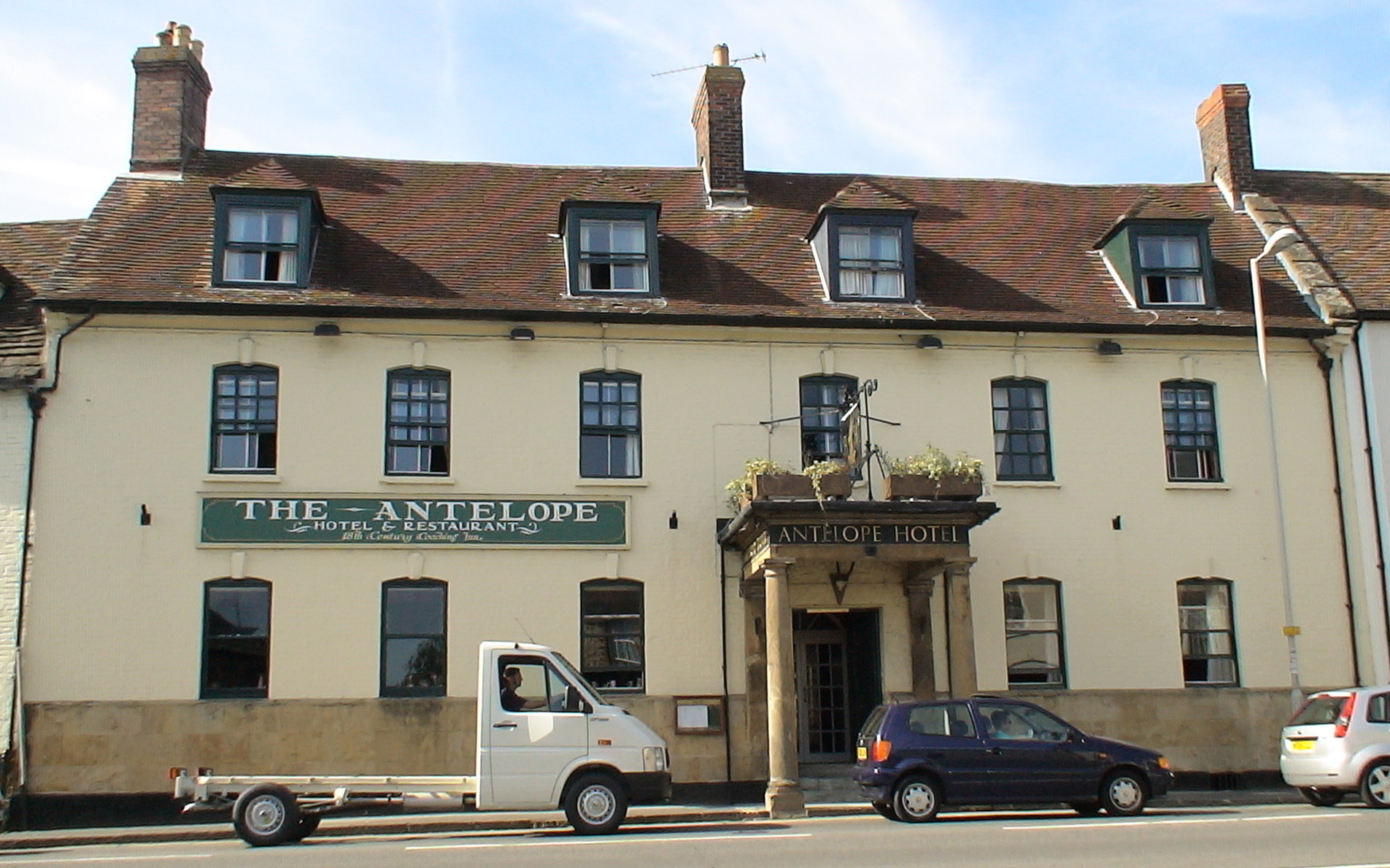 The Antelope in 2005 before it closed and was converted into apartments.

At the top end of Cheap Street. The timbered-frame building in the background is one of the few buildings in this part of the town which was never a pub!

Barry has been researching Sherborne’s inns, pubs and coaching houses (he explained the differences between them) for around seven years and has a wealth of knowledge which he shared with us: not just the history of the buildings themselves but anecdotes about their owners, landlords and customers, bringing to life the people of Sherborne over several centuries. Barry brought with him a file with copies of documents and paintings relating to the history of Sherborne’s vanished pubs, to illustrate his talk. 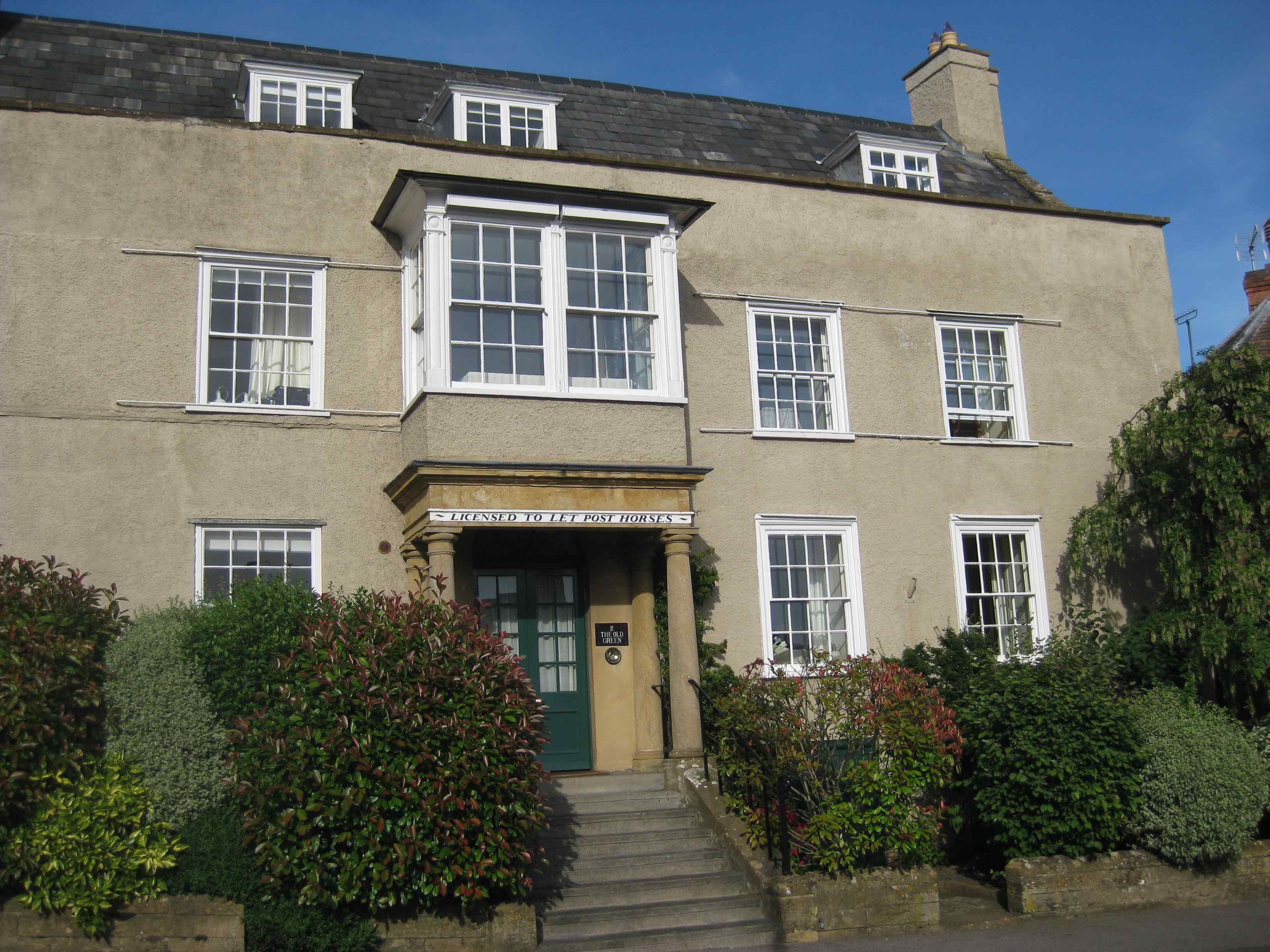 The Angel Inn (now divided into apartments) which still has a sign above its door advertising the availability of post horses. 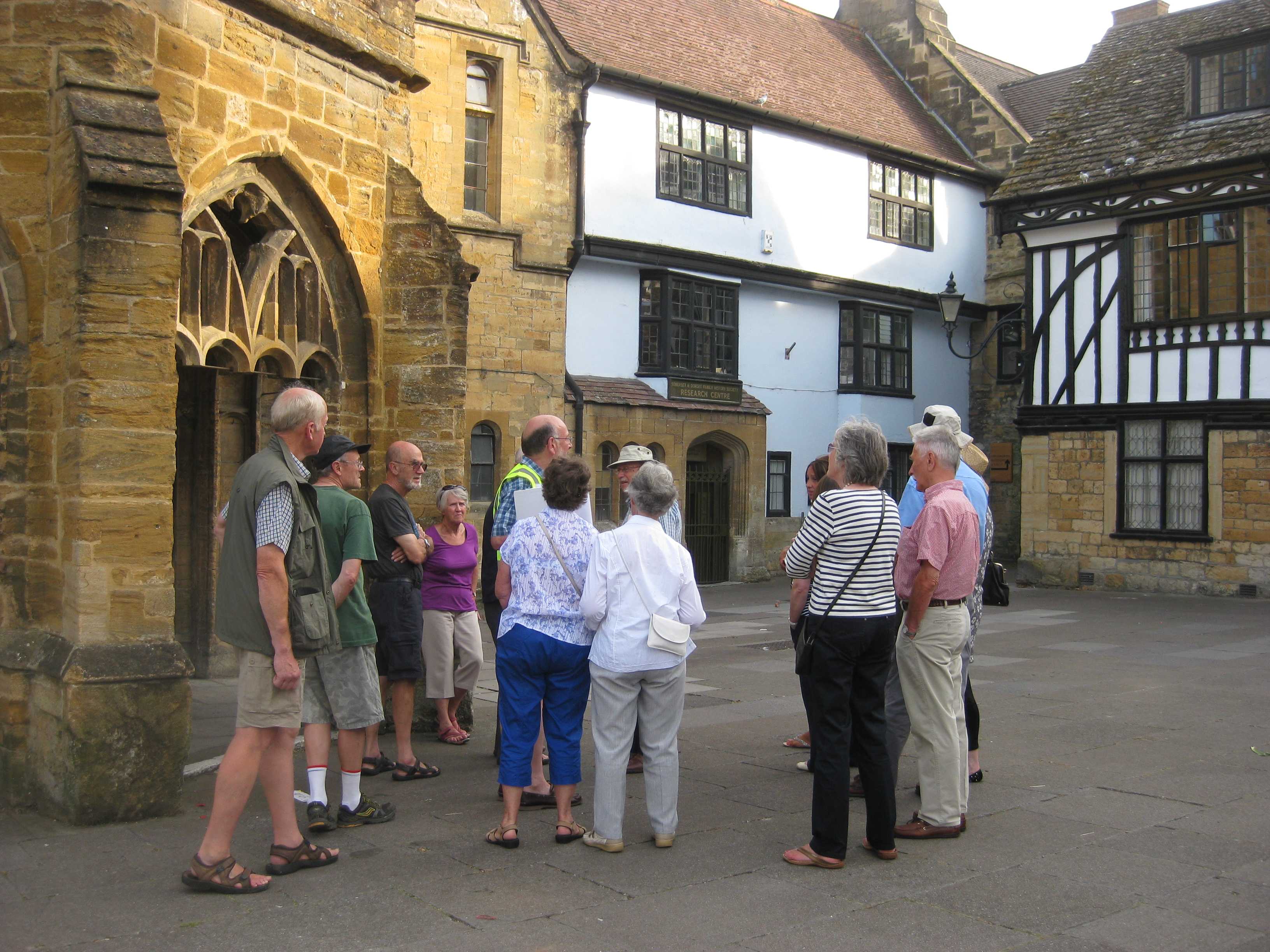 Next to the Conduit, with the SDFHS Family History Centre in the background, Barry is describing The Sun (the timber-framed building), now part of Sherborne School.

Since we have three more walks this summer, it would be unfair to those who have booked to give too much detail here – and Barry tells the stories much better. Since they have been such a success, we hope we will be able to persuade Barry to repeat them next year – look out for details on our website and in The Greenwood Tree.

The evening ended with a pint, or two, in one of Sherborne’s still-existing pubs – The Plume of Feathers on Half Moon Street opposite the Abbey – a fitting end to a very enjoyable, and informative, walk.