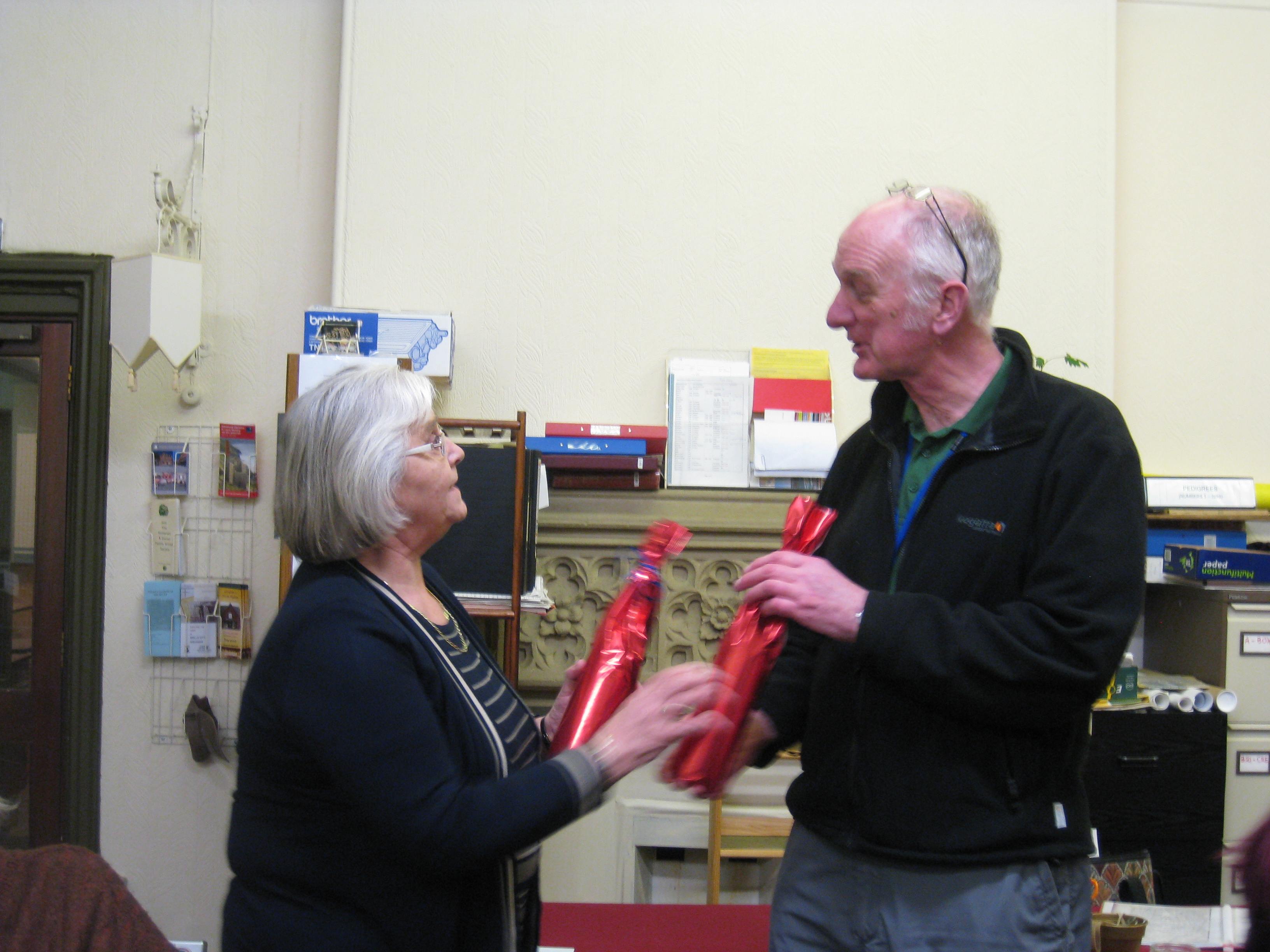 Dorothy Bower presenting Ted Udall with a token of the Society’s appreciation.

On Saturday last (18 January), along with 14 other members, I attended the Skills Workshop, on reading old documents, held at the SDFHS Family History Centre in Sherborne.

Ted Udall, the SDFHS Secretary and an experienced family historian,  initially took us through the various types of documents and the working of the scribes, the tools used, the formation of the characters and the formats for transcribing and translating.  It is believed that they were paid by the word/character, so that probably accounts for the repetition in some of the old deeds and documents. 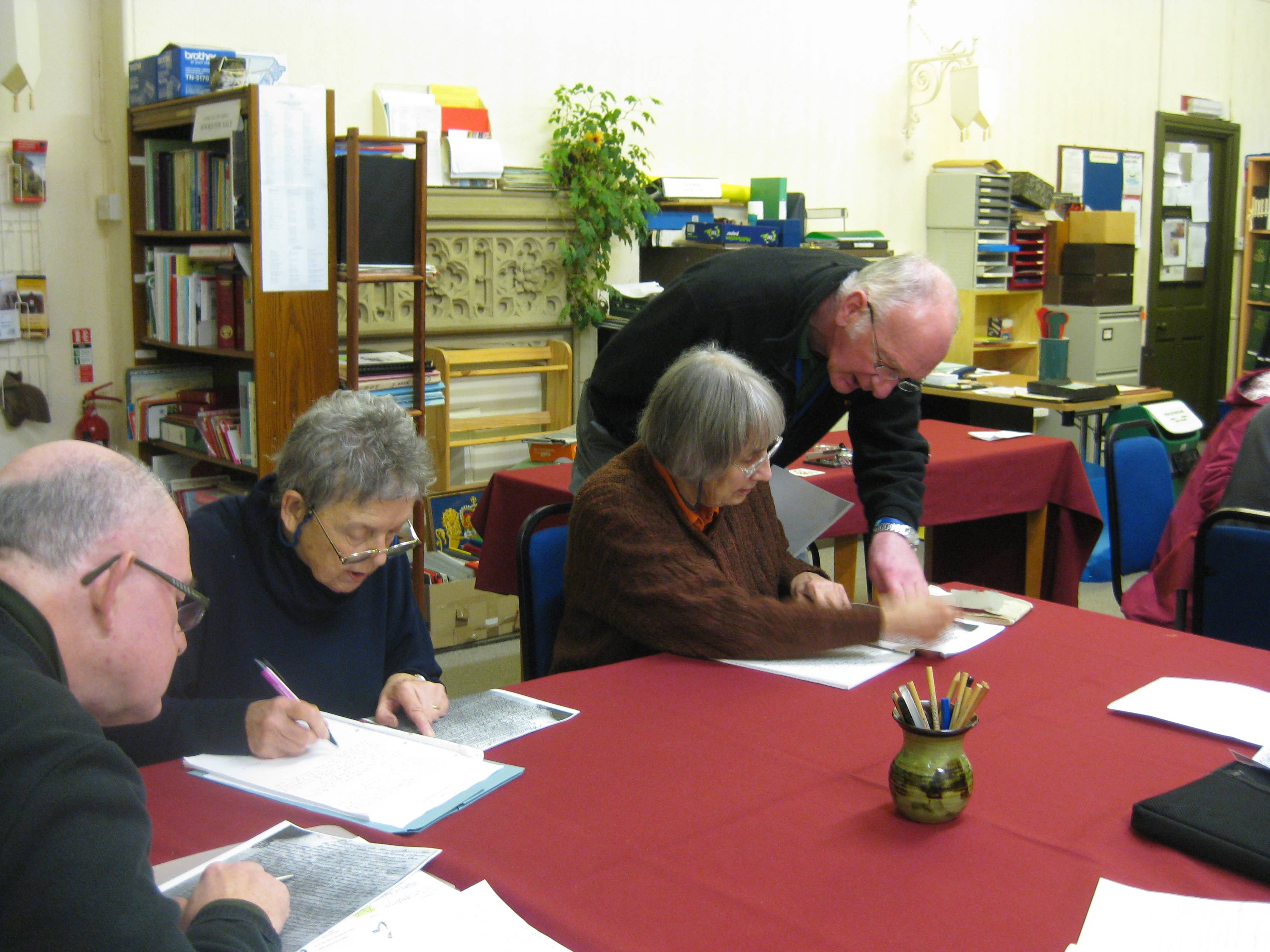 After a short break it was into the research room for a hands-on attempt at getting to grips with what we had learned, guided by Ted and with much help from each other. 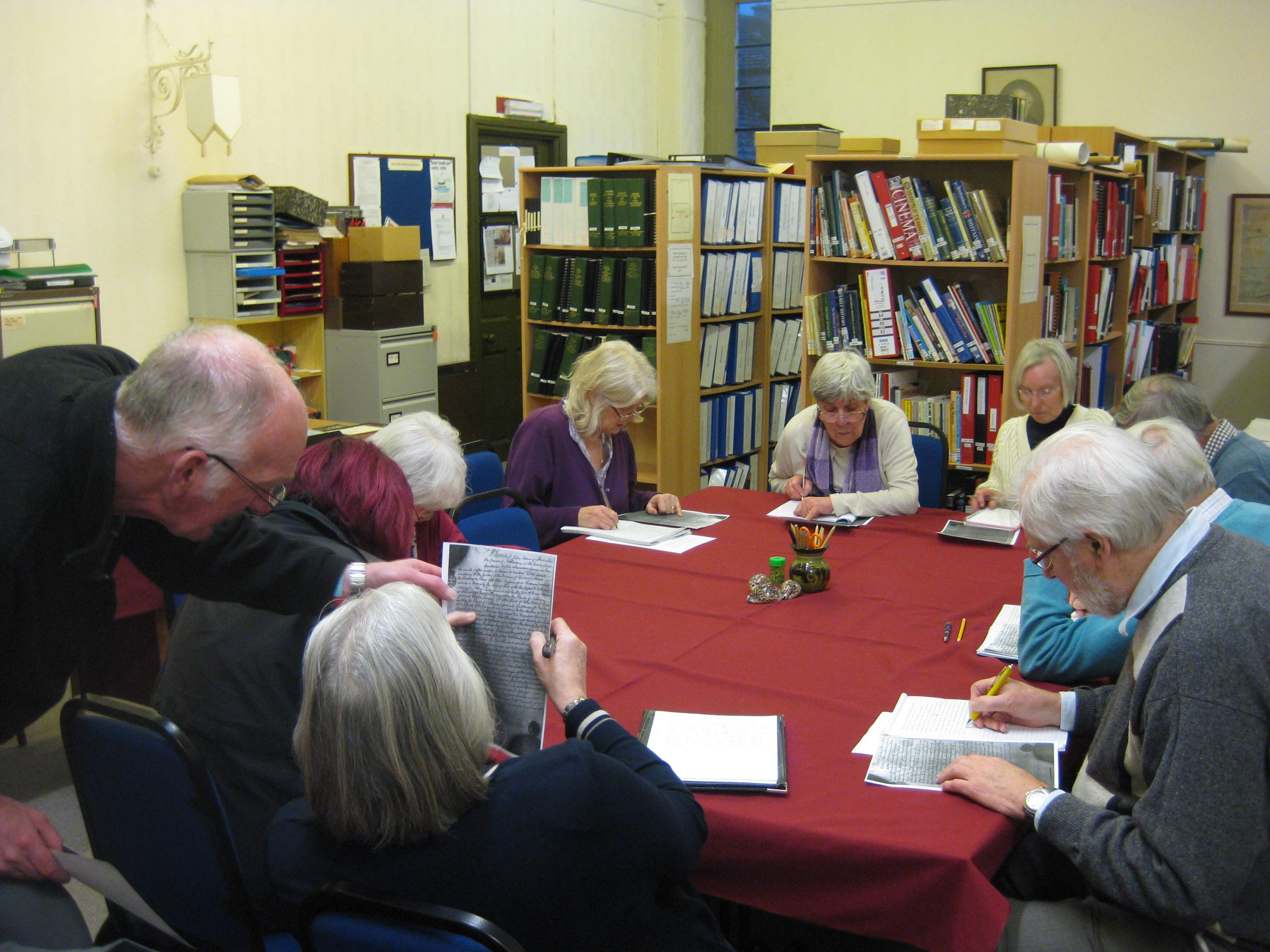 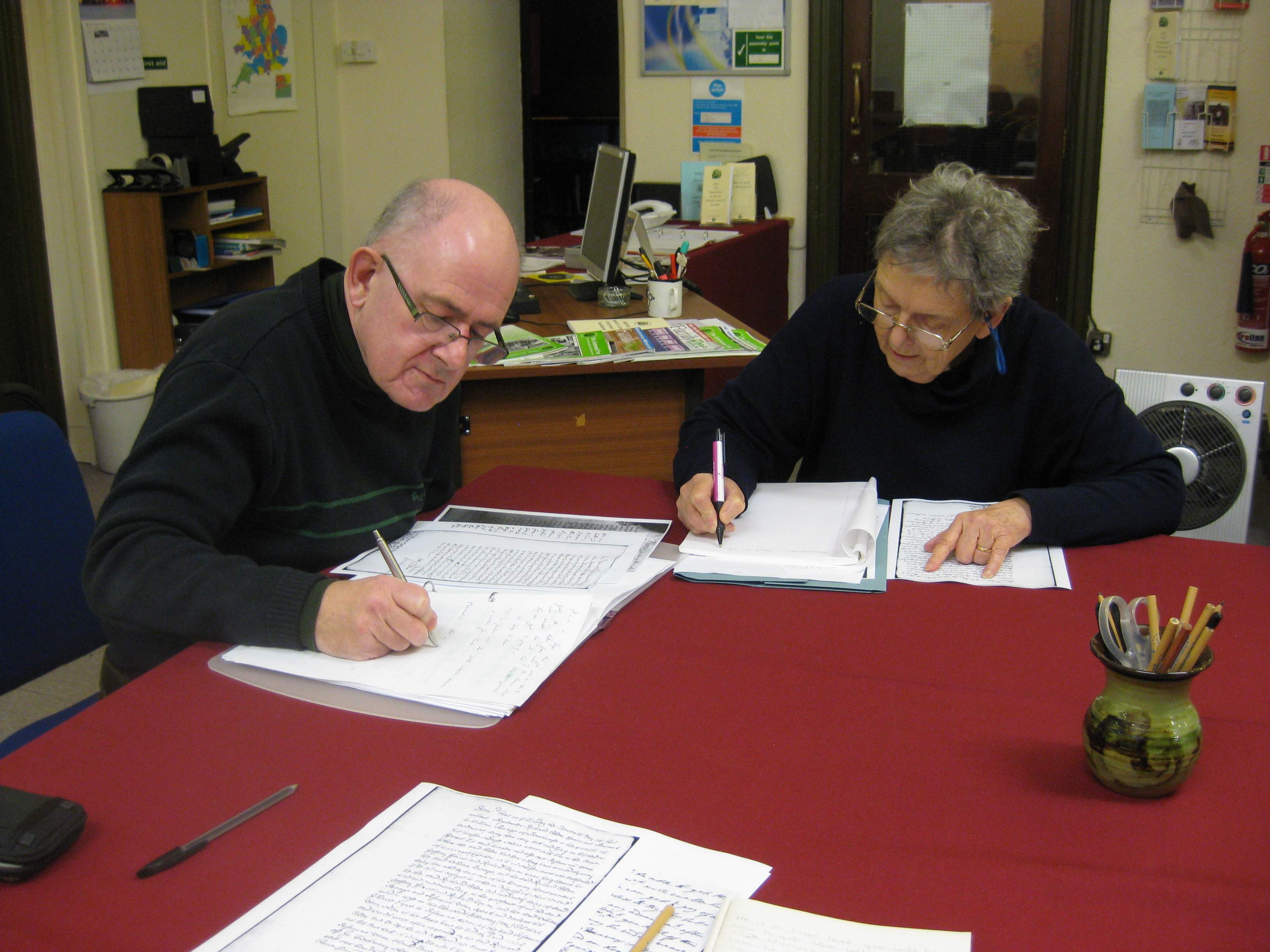 I found the Workshop to be most useful and enjoyable and I am sure it will prove a great help to those trying to decipher old letters and paperwork inherited from the family, or Wills and deeds in our possession.  Since numbers had to be limited, Ted has kindly agreed to repeat the Workshop later in the year and I can thoroughly recommend it to one and all.

If you would like to register an interest in attending a similar Workshop later in 2014 (probably in the Autumn) please send an e-mail and we will let you know as soon as it is arranged.