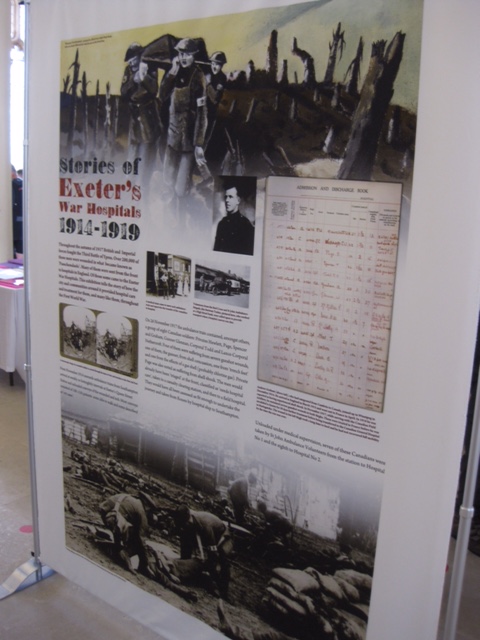 100 years ago, in 1917, you might have been Gunner John Parr, wounded in the third battle of Ypres during a heavy exchange of fire. You’ve been given your initial medical care in the field and sent by train to the French coast. Now you are in an ambulance train. You’ve been sent home to ‘Blighty’ for further treatment.

It’s early morning and as the train draws to a halt you look out of the window and see the sign ‘EXETER’. Two orderlies lift you down from the train on a stretcher and a doctor comes over to check your condition. Ahead of you is an ambulance wagon. You are going to one of Exeter’s Red Cross hospitals. You are out of the hell of Paschendaele. You are safe.

These moving words begin to tell one of the Stories of Exeter’s War Hospitals 1914-1919, an exhibition researched and staged by members of the Exeter Local History Society and if you are able I urge you to see it if you can. The whole thing is the result of four years work under the leadership of Dr Julia Neville whose small team of five or six undertook the painstaking research,  with a further final twenty of so members helping with the actual exhibition. The whole thing is, in my humble opinion, a triumph. This exhibition not only tells us about what happened in Exeter but it also speaks for the many volunteers, the doctors the VAD nurses, the ambulance men, those who sourced the beds and equipment and many more who played their parts. It even reminds us of the local Devonshire people out sourcing the Sphagnum Moss to make the wound dressings.

The information and material collected, to tell of the twelve hospitals in Exeter, is imaginatively and creatively displayed with ‘stories’ photographs and items of memorabilia printed on huge lengths of fabric used to represent bedsheets.

I am very proud to remember that my granny was a VAD nurse in Greenhill Hospital here in Sherborne and that she travelled overseas to France to nurse there for a year. It was so rewarding for me to see this exhibition as the information holds true for all the hospitals and convalescent hospitals pressed into service within reach of the hospital trains during World War One.

The exhibition is on in Exeter between now and Saturday at St Stephen’s Church in the High Street. For Further information see http://www.gatewaysfww.org.uk/projects/stories-exeters-war-hospitals-1914-1919 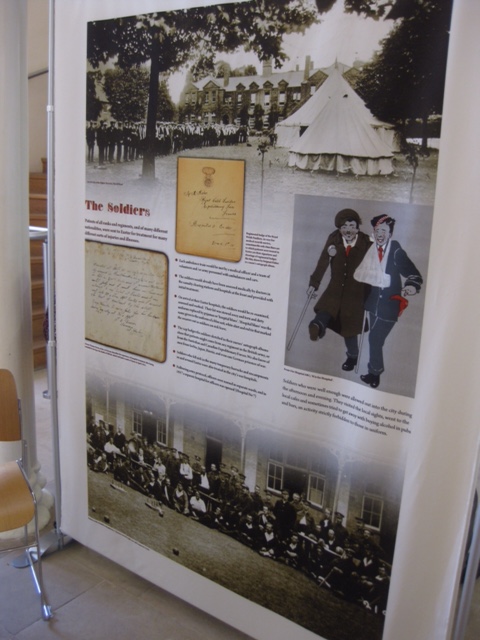 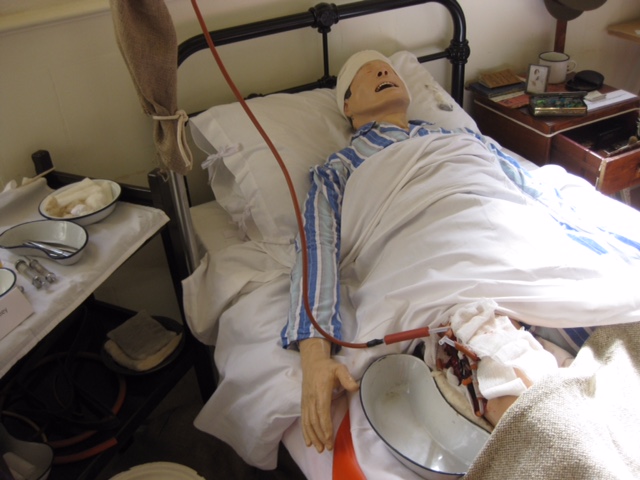 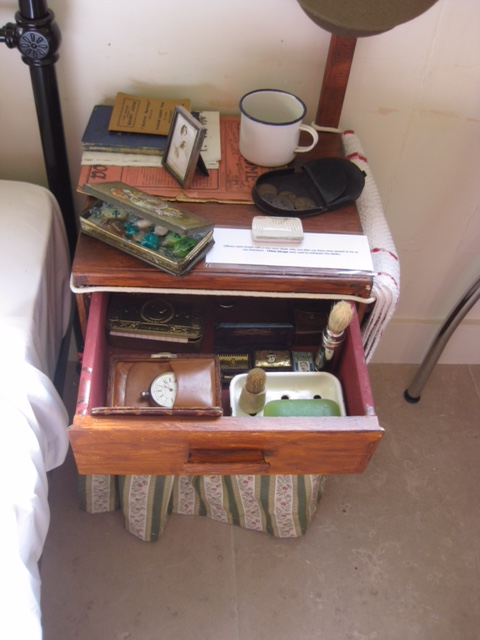 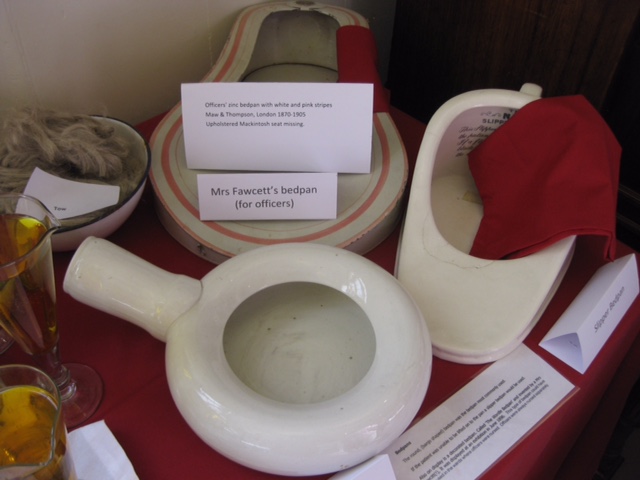 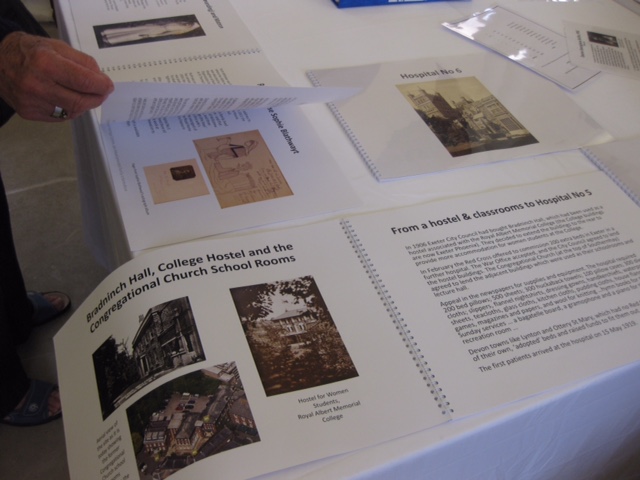 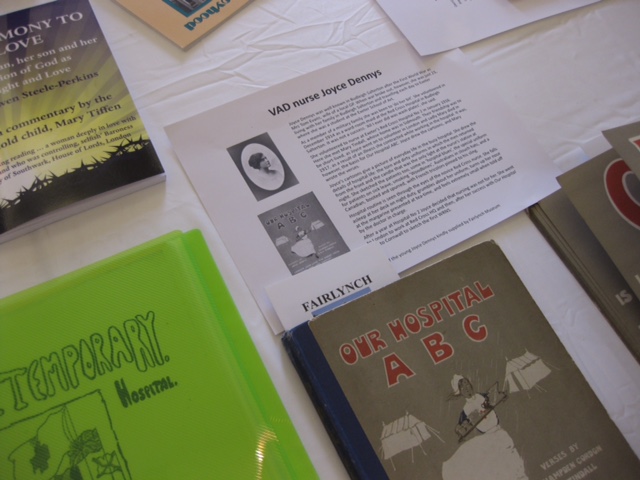 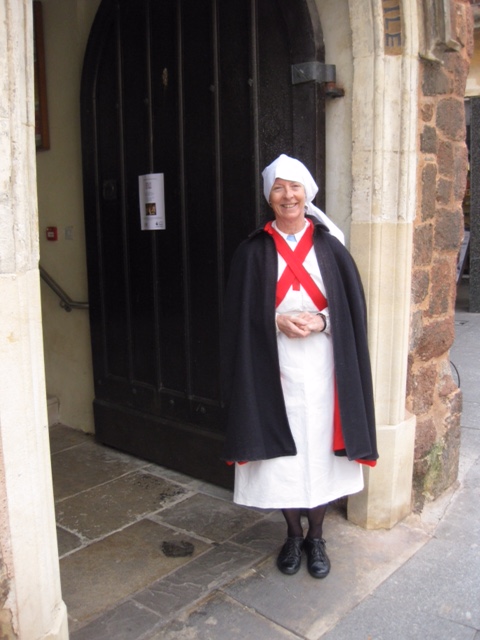