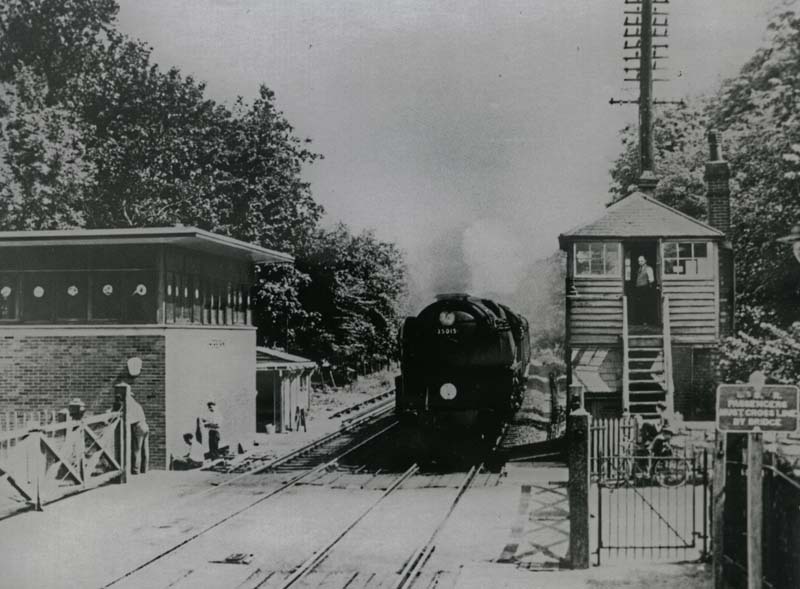 We were in for a treat as we assembled for two railway themed talks in the Raleigh Hall in Sherborne last Saturday. This was the first time our talks were held in this hall and while we clearly regret leaving our Family History Centre in Sherborne, it was good that this, new to us, ground floor venue turned out to be so very convenient and pleasant. With the emphasis on local history, the talks attracted many other people as well as members and we would all discover that underpinning these local subjects was the vast amount of research into the people involved, as well as the events, that are the hallmark of family history research and story telling. 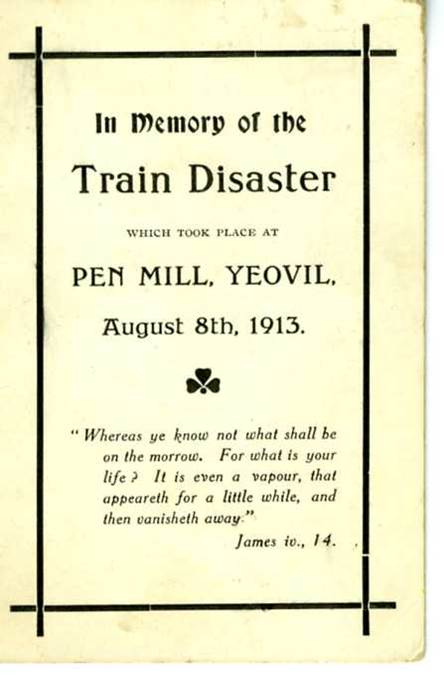 First up was Roger Marsh with the tale of a rail disaster that occurred on 8 August 1913 at Pen Mill Station in Yeovil when a slow moving  train ran into the back of a stationary train, at a low speed, smashing the last two wooden bodied carriages. Two people died at the scene and one more passenger died a week later. Roger told how he discovered a black edged card with details of the disaster that his mother had kept for many years and when he came to search for more information locally he could find very little. This set him to dig a little deeper and by examining local newspaper reports, the coroner’s reports and much besides he was able to build up a picture of the series of happenings on that fateful day and to present them to us in the order in which all the events had occurred. No detail was left out and the tension was mounting in the room as Roger revealed all the many factors that lead to the collision, who was working on that day and how the aftermath affected so many. Roger reminded us that there were no emergency services to swing into action and that it was left very much to those on the spot to deal with the situation as best they could. One of the only known photographs shows bystanders appearing to be watching proceedings. 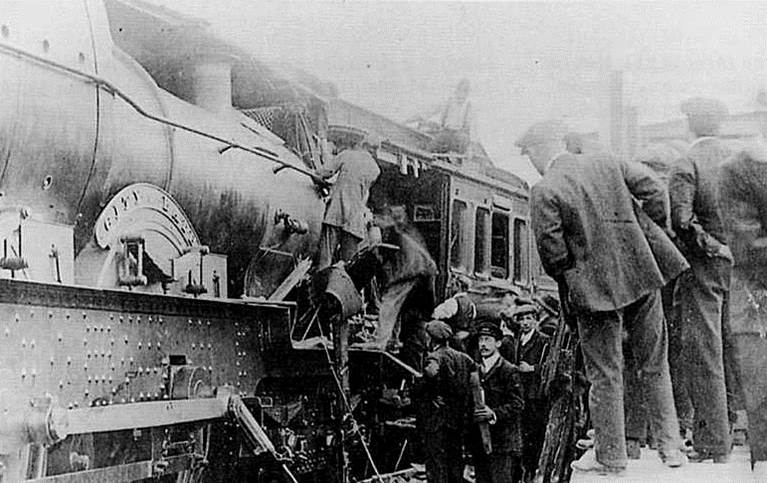 On a less sombre note Graham Bendell talked us through the coming of the railway to Sherborne and how originally there was competition for the route and it might well have run along the top of the town but this northerly rail route was moved south when Earl Digby died in 1856. His successor, George Wingfield Digby, was in favour of the southerly route and that’s what we have today. With the aid of lots of photos we learnt much about what was built and when and who was involved together with the companies that came and went, leading us right up to the present day. Graham also took us back to a day in the 1960s when as a boy he travelled with his mother and brother by train from Templecombe to visit the dentist in Sherborne. 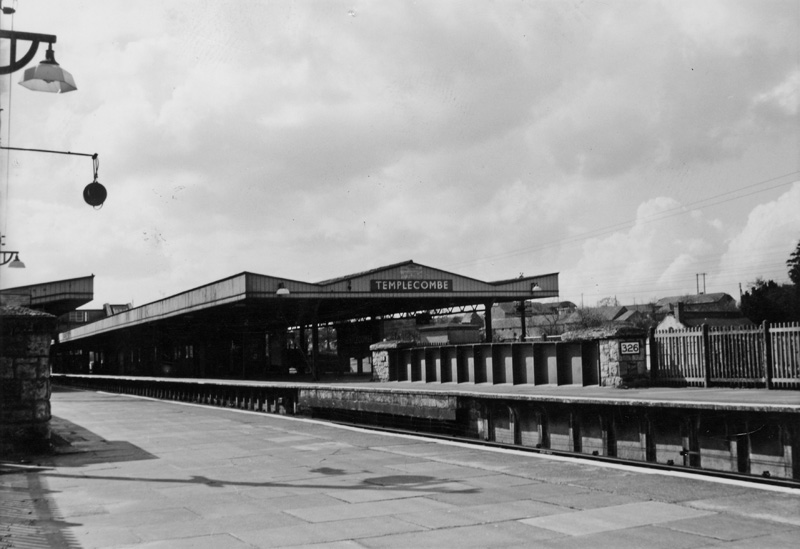 We saw lots of 1960s’ photos of the stations at both ends of the journey and Milborne Port Station (now closed) on the way. We then passed various buildings in the town and we could feel the young Graham dragging his feet as he headed towards his session in the dentist’s chair. Many of us listening remember only too well what an awful experience it was in those dim distant days and there is no place for wistful nostalgia when it comes to long ago visits to the dentist! We could all feel Graham’s relief when afterwards he was taken to his favourite shop – Hunts, in Long Street, and run by two brothers, who were primarily cycle dealers but  they also sold tools, Britain’s models, balsa wood, plastic kits, fireworks (at the appropriate time) and numerous other toys –‘Heaven on earth for young lads’  Graham remembers. 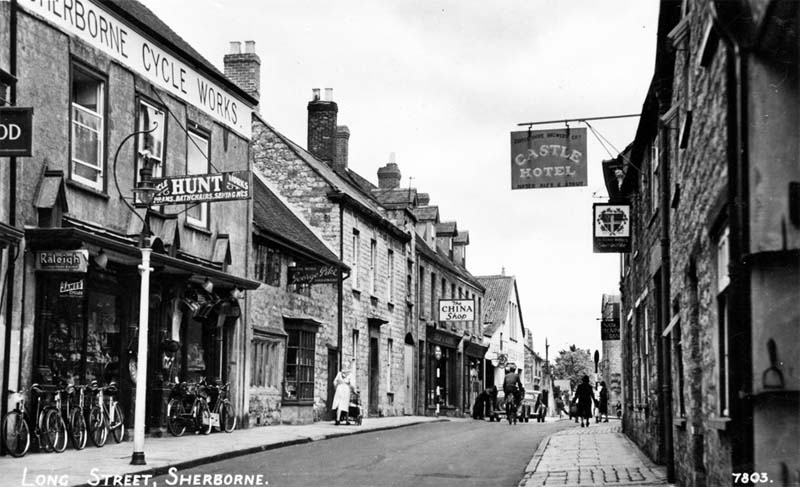 He and his brother would choose a small model as a reward for going through with their ordeal, followed by a cream cake often eaten on a bench in Pageant Gardens on the way back to the station. 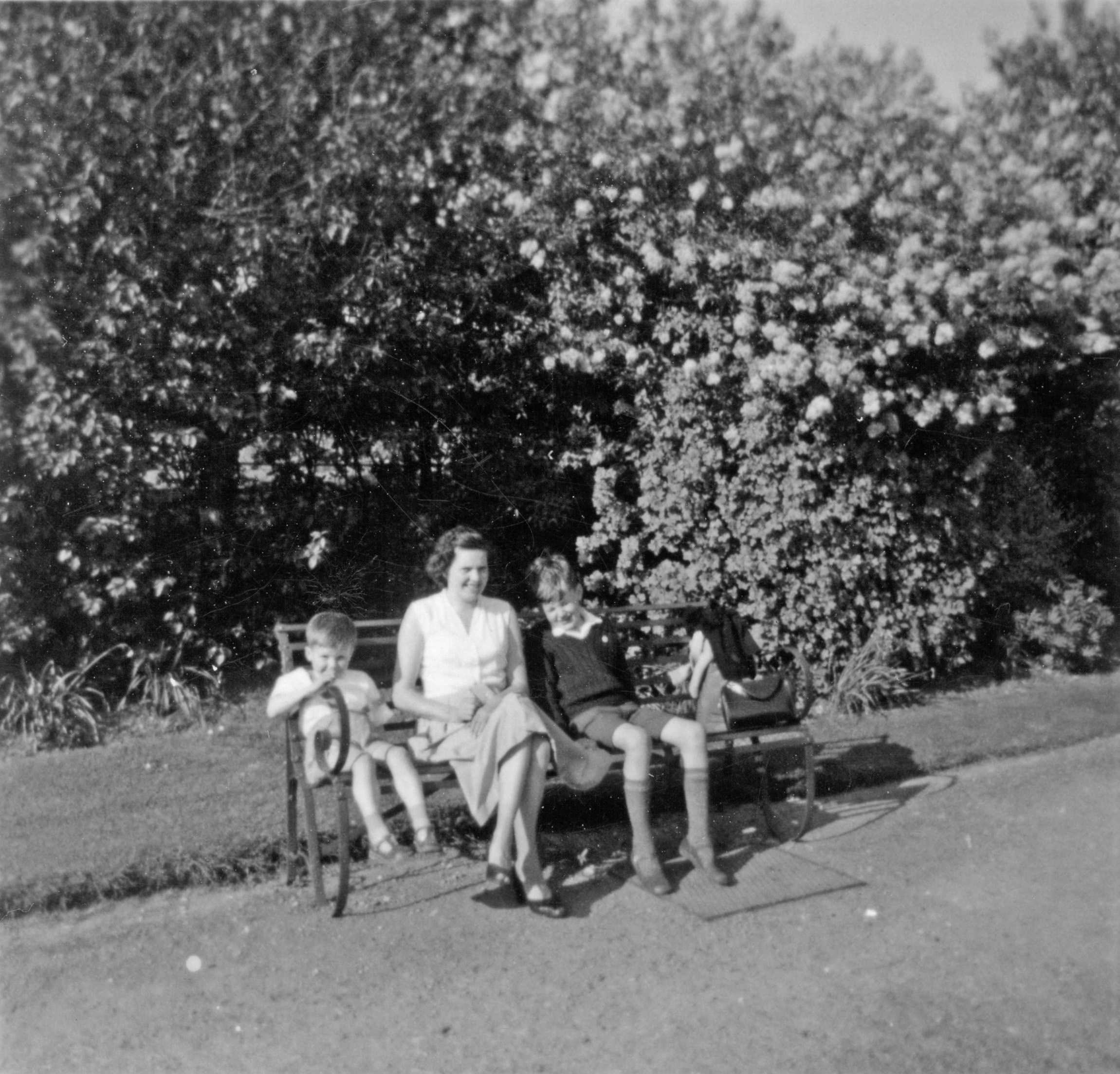 What a relief! the dentist now a distant memory (Photo courtesy Graham Bendell)

Although our Family History Centre is moving to Yeovil it is very much hoped that we will continue to have talks in Sherborne in the future and that we can broaden our appeal by running more local history talks for family historians and also for those not yet hooked into this all engrossing interest.