The Deacon Family of Basket Makers

I have a collection of baskets that were made by members of the Deacon family in the village of Nether Compton in Dorset and all are around seventy years old. Luckily my father looked after them and I now have the pleasure of using them around the house where I enjoy them and the memories they bring back. I also find it satisfying to use the modern day versions and I have a laundry basket, waste paper baskets and kitchen storage baskets all in regular use. This interest led me to visit the unique and fascinating Willow and Wetlands Centre at Stoke St Gregory near Taunton. I was then able to put together a window display in Sherborne museum, entitled ’Willow Weaving Yesterday and Today’. I am happy to say that this exhibition proved of considerable local interest as many current residents were quite unaware that this important local industry, with its associated withy beds, was carried on to such a large extent in Sherborne and some of the surrounding villages.

The museum has a wonderful collection of photos, tools etc donated by the Deacon family and I used some of these in the window display. One photograph in particular caught the eye of a passer-by and that was of some men in a basket making workshop in Sherborne which posed the question ‘is this the basketmaking workshop in Westbury, Sherborne?’. 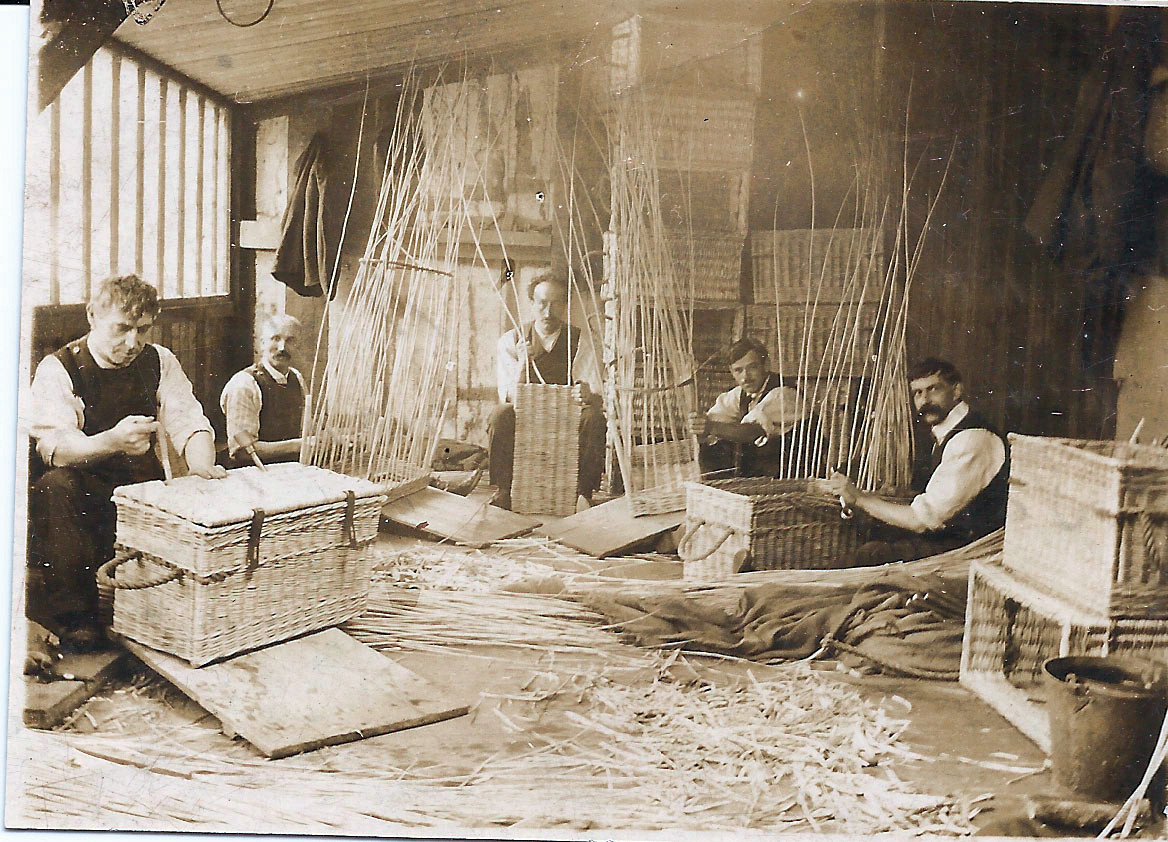 The passer-by was Mrs Margaret Smallman and she recognised her Uncle Joe Deacon in the photograph (second from right) and confirmed for sure that this photograph was taken in the Westbury basket making workshop that she remembers as a child. Margaret had a fascinating tale to tell as during the war, when she was a very young child, the family was bombed out in Weymouth and it was arranged that Margaret’s grandmother would bring her to Sherborne to stay with her eldest sister Ethel who was married to Joe Deacon and so Margaret remembers living in the house in Westbury where the basket makers’ workshop was in a building at the back. Because Margaret had lost all her toys in the bombing raid on Weymouth kindly Uncle Joe made her some lovely willow pieces of furniture for her dolls and she still has two of the charming little chairs to this day. 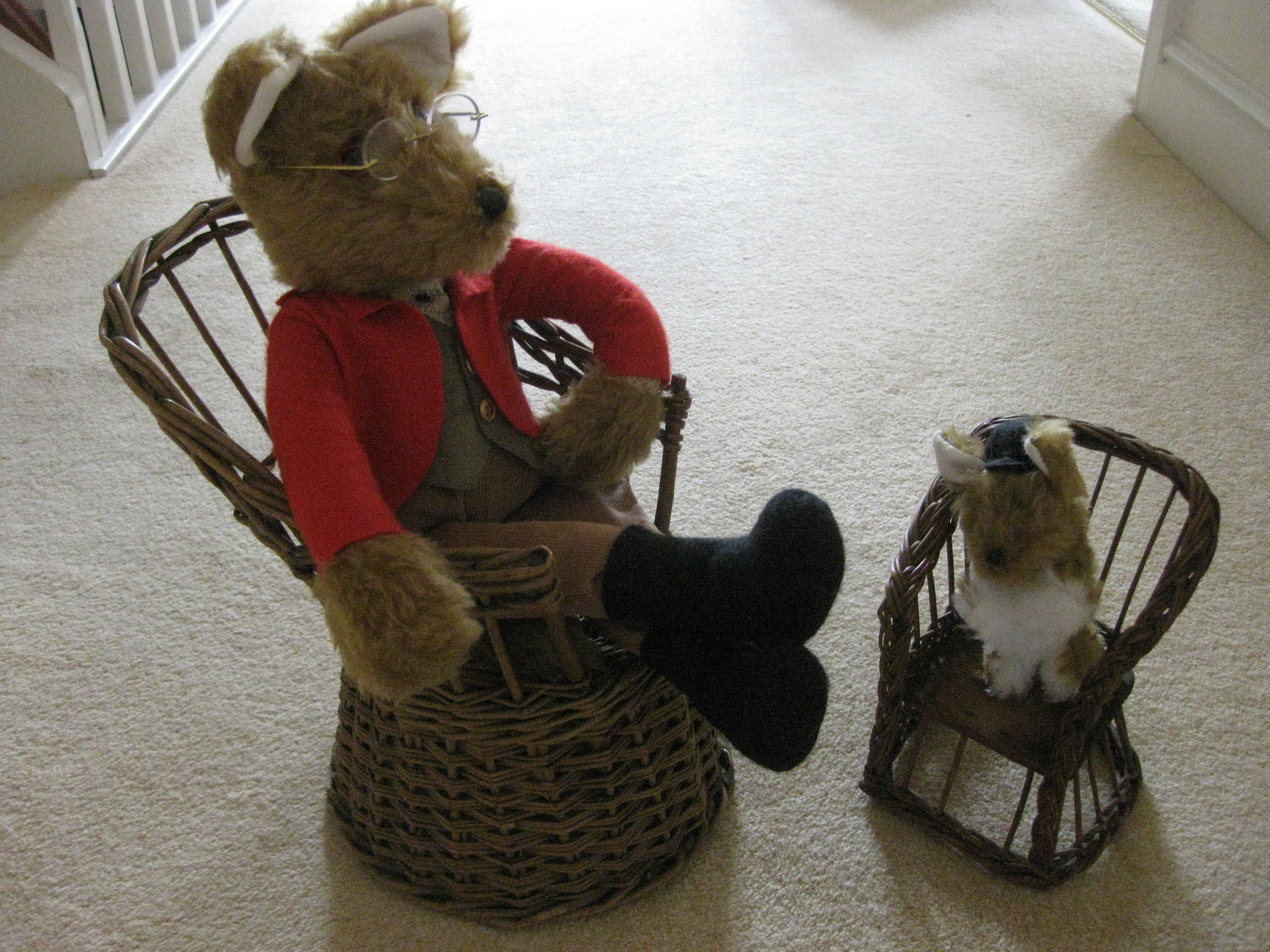 I like to think that there may be other examples of the Deacons work out there that have survived down the years.

The Deacon family of basket makers took a bit of unravelling and I was greatly helped here by Barry Brock and Graham Bendell at the SDFHS research centre. Joseph Deacon (b1845 Queen Camel, Somerset) married Kitty Lock in Batcombe in 1867 and he was the first basket maker. He ran his business for twenty years in Longburton then moved into Westbury in 1891 and continued the business from there. All three sons, Thomas, John and Joseph learnt their father’s trade. Thomas set himself up in Nether Compton, John in Bristol and youngest son Joe stayed on to work with his father. Thomas’s son and grandson and Joe’s son continued to make baskets locally totalling four generations in all. 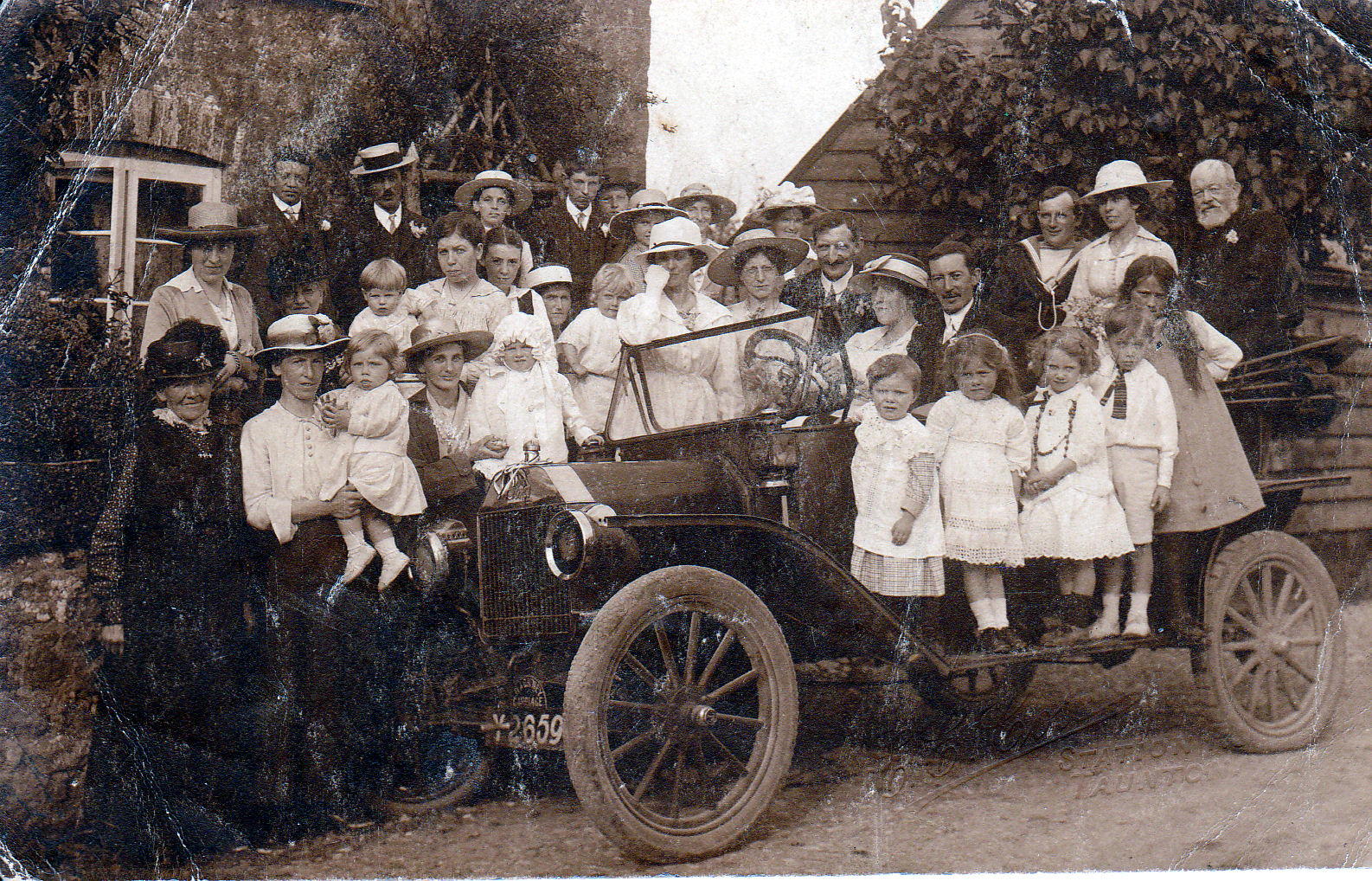 Thomas’s great granddaughter, Pat Deacon, has let me have a wonderful photograph of the Deacon family together for what looks to be a wedding. The car is likely to be a Model T Ford and it is a hackney carriage. Margaret Smallman and I have pored over this photograph and we wonder if that is Uncle Joe with his wife Ethel at the wheel with Joseph Senior in the back seat, with the bride and groom, and with possibly his wife Kitty far left. Kitty died in 1915. Margaret also wonders if that could be Uncle Joe’s son Ray on the running board. Ray was born in 1907 and if that is him it makes the date perhaps around 1913. We are very much hoping someone else may come forward with more information.