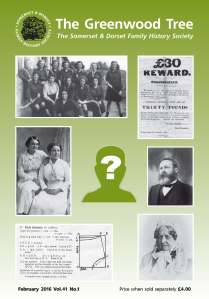 The February 2016 edition of The Greenwood Tree is now being mailed to members and the Editor, Bob Barber, gives a preview of its contents.

A new year brings two new ideas which we hope will become regular features in The Greenwood Tree. The ‘People, Places and Problems’ column has appeared since the very beginning of the journal, offering readers an opportunity to share problems and ideas with the wider membership. Whilst this can establish useful links with others researching similar family histories, responses to queries sent to the editor can take several weeks, depending on when the next issue of The Greenwood Tree is due. The Society offers an alternative way of posting queries, via the on-line Members’ Forum. The Forum has potentially a much faster response time, but PPP has a wider readership. In order to bring the two approaches closer together we are publishing a number of queries posted on the Forum which so far have not had a reply. It is hoped this will encourage a wider use of both ways of reaching a wider audience for your problems and ‘brick-walls’. Why not join the Forum yourself at http://forum.sdfhs.org/ For more information about the on-line Forum see the articles by our website manager, Patricia Spencer, in recent issues of The Greenwood Tree (v40.2, p57 & v40.3 p101). Thanks to Liz Jones for compiling this list of recent postings.

Why the mysterious question-mark on the cover? One very common difficulty in research is not knowing the names of people in old photographs. So our second new initiative we have called ‘Who Do You Think This Is?’ The idea is to publish photographs of unknown people in the hope that someone recognises them. We start with two examples where some information is known, but where individuals in the photographs remain to be identified. Can you help? Or would you like to send one of your own photos to see if The Greenwood Tree can help you? 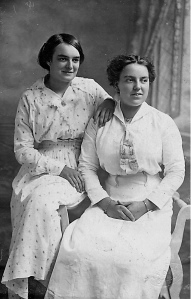 We know who the lady on the right is, but who is the other one? Photograph courtesy of Sylvia Pitcher. 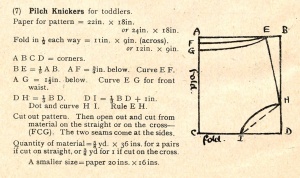 Sylvia Pitcher responded to the article on the Headmaster of Bridport Grammar School in the November 2015 issue by supplying an amusing memory of one of the female teachers, Miss Witham. As dressmaking mistress she taught her pupils how to make ‘Pilch Knickers’. Sylvia sent a diagram of the intended garment, which looks more like an exercise in trigonometry.

We had a number of responses to a short item in a recent ‘People, Places and Problems’ column concerning a family bible. The only indications of the origin of the bible were some names in the flyleaf and a label on the cover with the surname Oram. Carolyn Sturdy, who is particularly interested in the name Oram, has taken things much further. Starting with just the names in the bible she has identified the family, constructed several generations from the oldest names, and tracked down a direct descendant.

Both photographs courtesy of Doris Main. 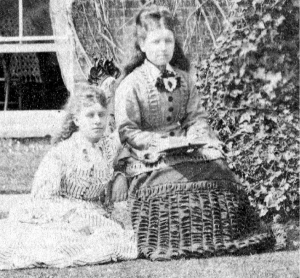 Another piece of genealogical detective work was followed up this time. Barbara Elsmore had tracked down Emma Bagehot Trenchard, the recipient of a medal awarded by Taunton Art School in 1862 for ‘freehand’. In response Rodney Bryant has supplied information about the Bagehot family, including a family tree and a photograph believed to be of Emma Bagehot Trenchard and her sister Mary Louisa.

Clergymen are usually interesting. Wendy Morgan has submitted an article based on contemporary newspaper reports about Rev James HUNT, the vicar of Northmoor Green, near Bridgwater in Somerset. Rev Hunt fell out with his local congregation in a big way, mainly as a result of his religious practices. The locals responded by hounding and abusing him in the most violent manner.

Chairman Ann-Marie Wilkinson’s ‘Computer Corner’ piece deals with the 1939 Register, one of the most important datasets to be released recently. Ann-Marie describes the background to the Register, why it was compiled and what information it contains. She also gives details of how to access the database. 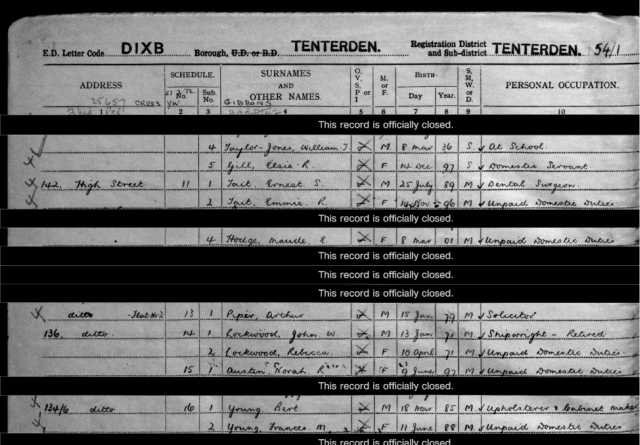 Regular features are an important part of our journal and, as Editor, I am immensely grateful to all our regular contributors, as indeed I am to all those who submit articles. Please keep them coming.