The Greenwood Tree May 2014

We start the May edition of The Greenwood Tree in seasonal mode with an account by Maureen Bowler of the social history of the celebrations of May Day. This brings back grim memories for me of having to learn country dances at school, but the folk customs surrounding May Day spread much wider.

Bob Evered has unearthed a very nice etching of St George’s church Dunster by Elizabeth Piper, an etcher and painter who trained at the Clifton School of Art in Bristol. Bob includes a brief biography of her as well as an account of the history of the Dunster estate, and the famous Luttrell Arms Hotel. 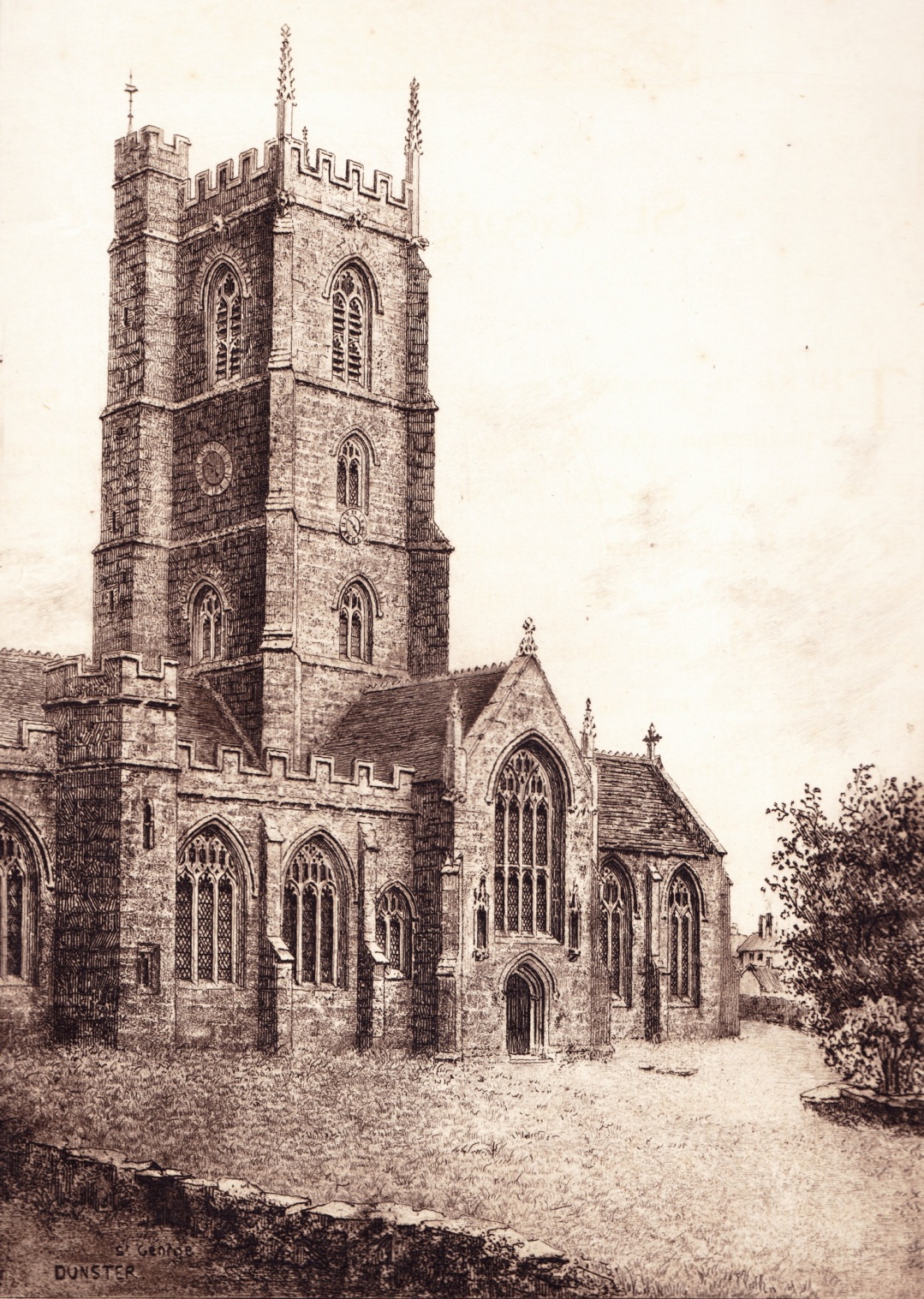 You can read a number of interesting pieces providing comments or more information on items in previous editions. Barbara Elsmore responded to the Dorset Spotlight on Trent in the February GT with memories of her family connections to Trent and nearby Nether Compton. Barbara’s ancestor, George BROOKS, served in the Dorset Constabulary. Our cover features the wedding in 1900 of George’s niece Eveline COLLINGS to George BICKNELL, with the guests in their finest attire seated in front of the Post Office at Nether Compton. 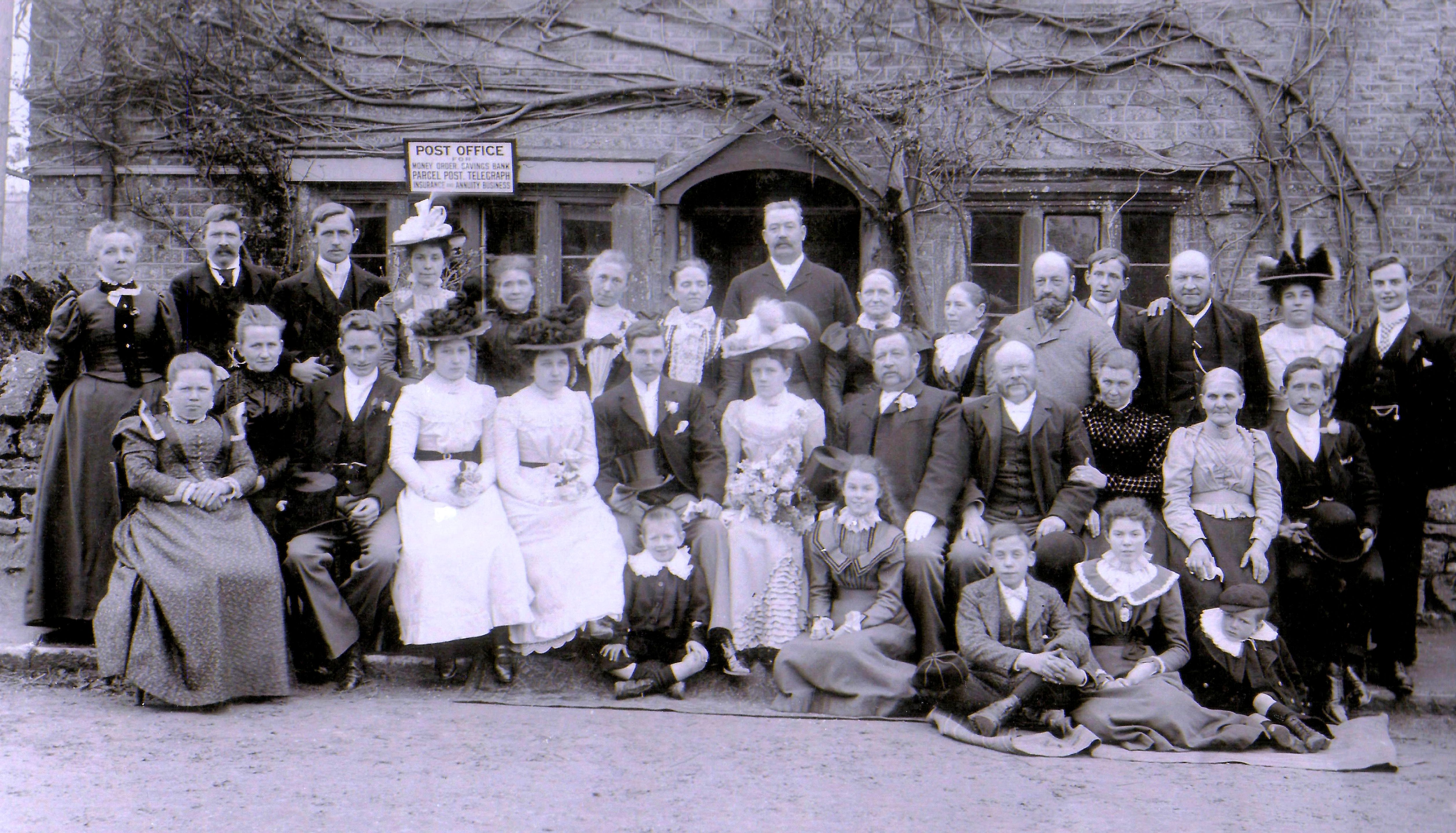 The wedding of Eveline Collings and George Bicknell, 1900 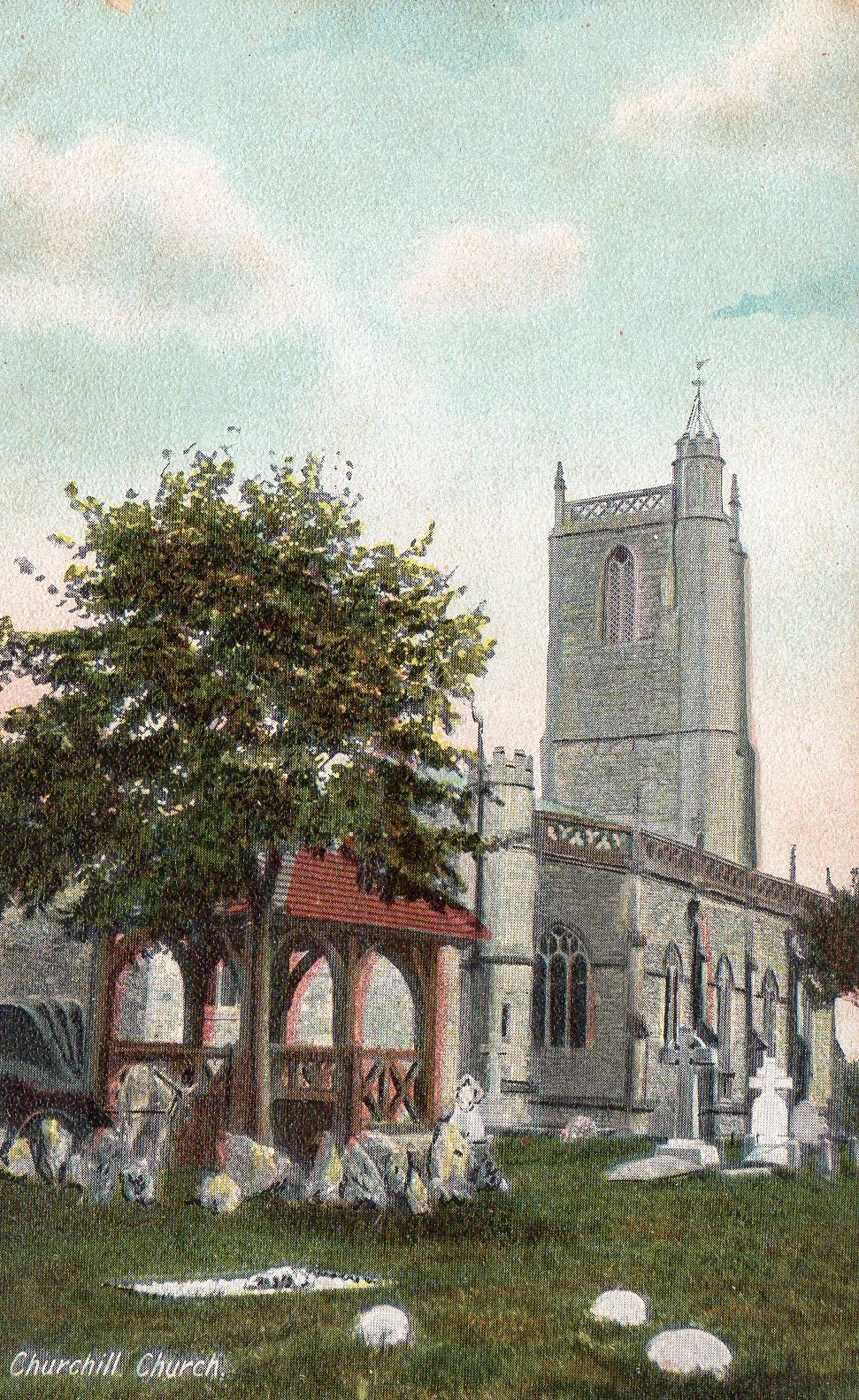 Andrew Plaster starts his new series, Somerset Spotlight, with a look at the north Somerset parish of Churchill. Andrew is interested in hearing from anyone who might like to contribute to the series. Articles featuring the history of a parish, including historical connections and events, notable residents, family histories situated in the parish would be welcome This would be of particular interest to our out-of-county and overseas members. Andrew can be contacted by email: [email protected]

Colin Dean continues his new series, Secrets from the Centre, with a feature on the Society’s pedigree collection. The collection represents an enormous amount of research carried out by our members over the years, and is one of the Society’s greatest resources. More details can be found on yellow page iv, or on the website: http://www.sdfhs.org/information/pedigree-family-tree-service/ .

Arnaud Aurejac-Davis, a SDFHS member in France, has a tale to tell about the time his ancestor, Henry Davis, met Thomas Hardy. Henry Davis was a member of a family of cabinet-makers in Dorchester, and Arnaud’s research has uncovered a contemporary photograph of High West Street in 1860 showing the Davis workshop and premises. 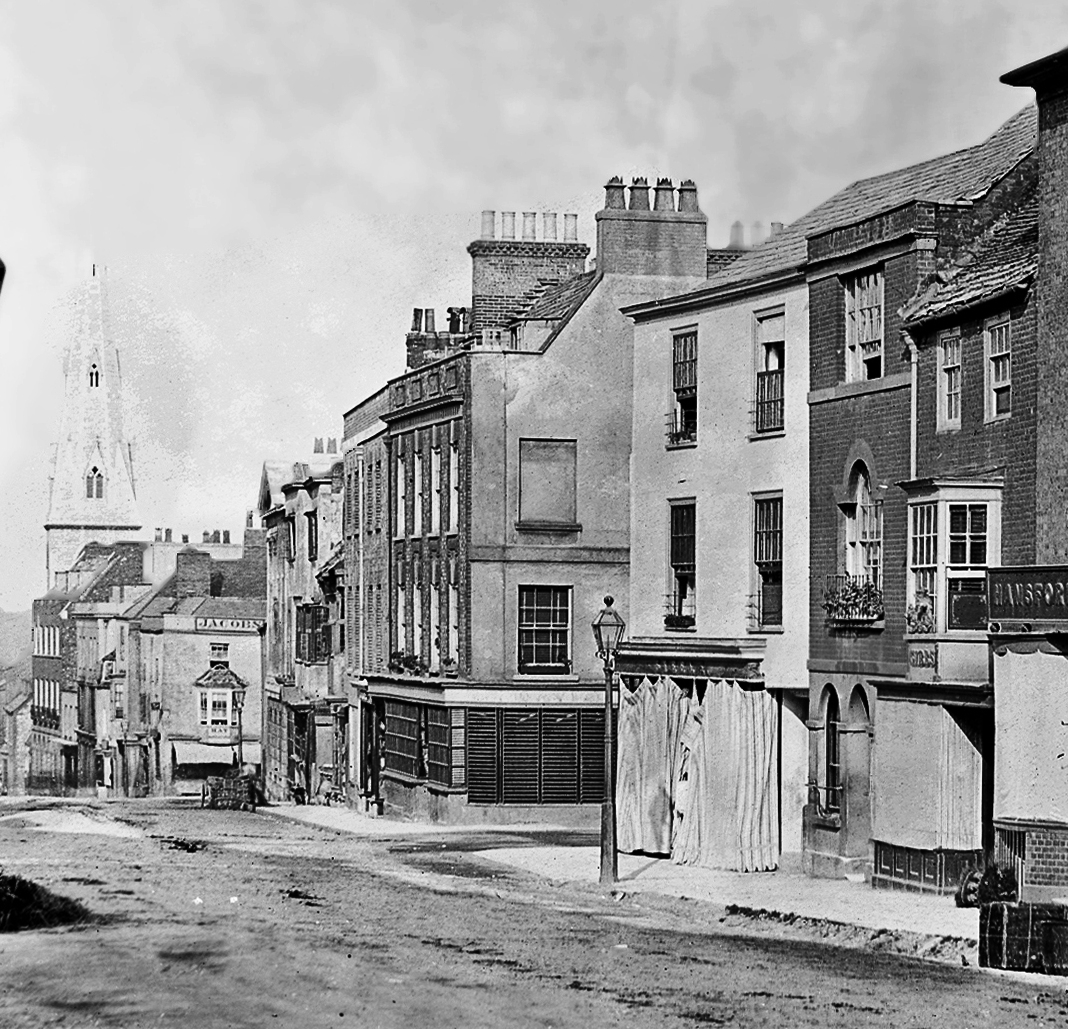 High West Street, Dorchester, c1860. The Davis’s premises were in the building on the corner of the side street. Photograph courtesy of Dorset County Museum.

Diane Lawrence has a treasured autograph book given to her grandmother, Alice Maud BAILEY, in 1915. Diane has managed to identify many of the signatures: brothers, cousins, aunts and uncles, as well as friend and neighbours. It’s a marvellous glimpse into the social network in which her family lived at this time. A favourite entry seems to be a poem, of a slightly risqué nature, like this one from Alice’s brother Arthur James:

When first he came to see her

He had a timid heart

And when the lights were low

But when their love grew warmer

And they learnt the joy of a kiss

They knocked out all the spaces

Arthur James Bailey died during WW1, in June 1917, and the illustrations remind us of the period, including this one of the flags of the allied nations. 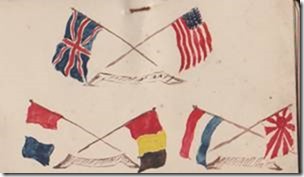 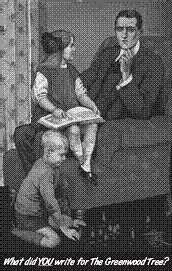 Which brings me to a reminder that the next edition of The Greenwoood Tree, in August, will concentrate on articles to mark the 100th anniversary of the outbreak of the First World War. Although I welcome anything at this stage, and would encourage the regional groups to pass on the fruits of their local researches, there are a number of themes I would particularly like to cover. Items relating to the role of women, local reports of the reaction to the lead-up and immediate outbreak of the War, and the organisation of the home front would be particularly welcome.