The Greenwood Tree – preview of the November 2015 edition 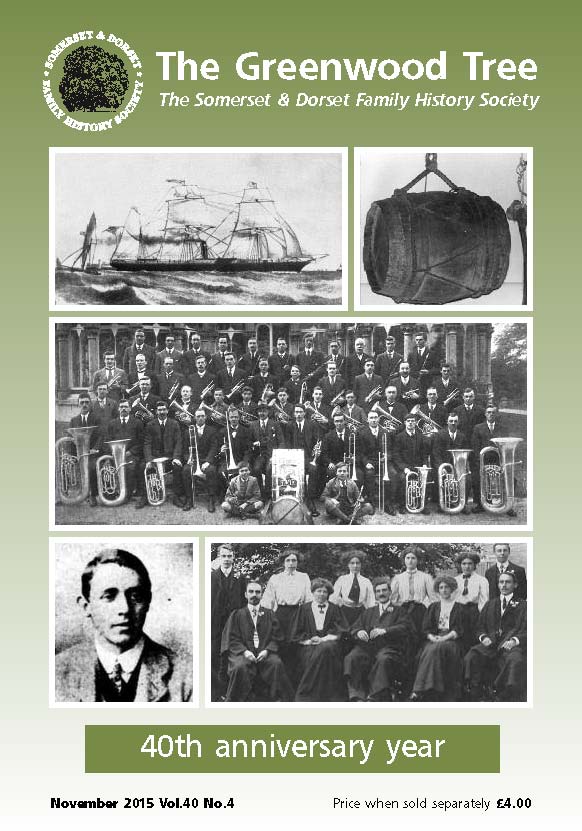 The November 2015 issue of The Greenwood Tree will be appearing soon, and we have another larger-than-usual edition this time – 36 pages of articles, regular features and news.

Following the very successful Rid(e)out symposium held at the Family History Centre in Sherborne in August, we have two articles by speakers on that occasion. Roger Guttridge, the local journalist, author and former editor of The Greenwood Tree, has updated his research into Roger Ridout, a local smuggler in the 18th century who lived in Okeford Fitzpaine. Karen Francis, who has already written for this blog about her research, describes her investigation of the life of Walter Rydeowte, and his role in the governance of the Sherborne Almshouse. Karen has kindly agreed to take on the role of archivist of the Bill Ridout Archive and the other Ridout/Rideout material held by the Society. You can learn more about this on our website. 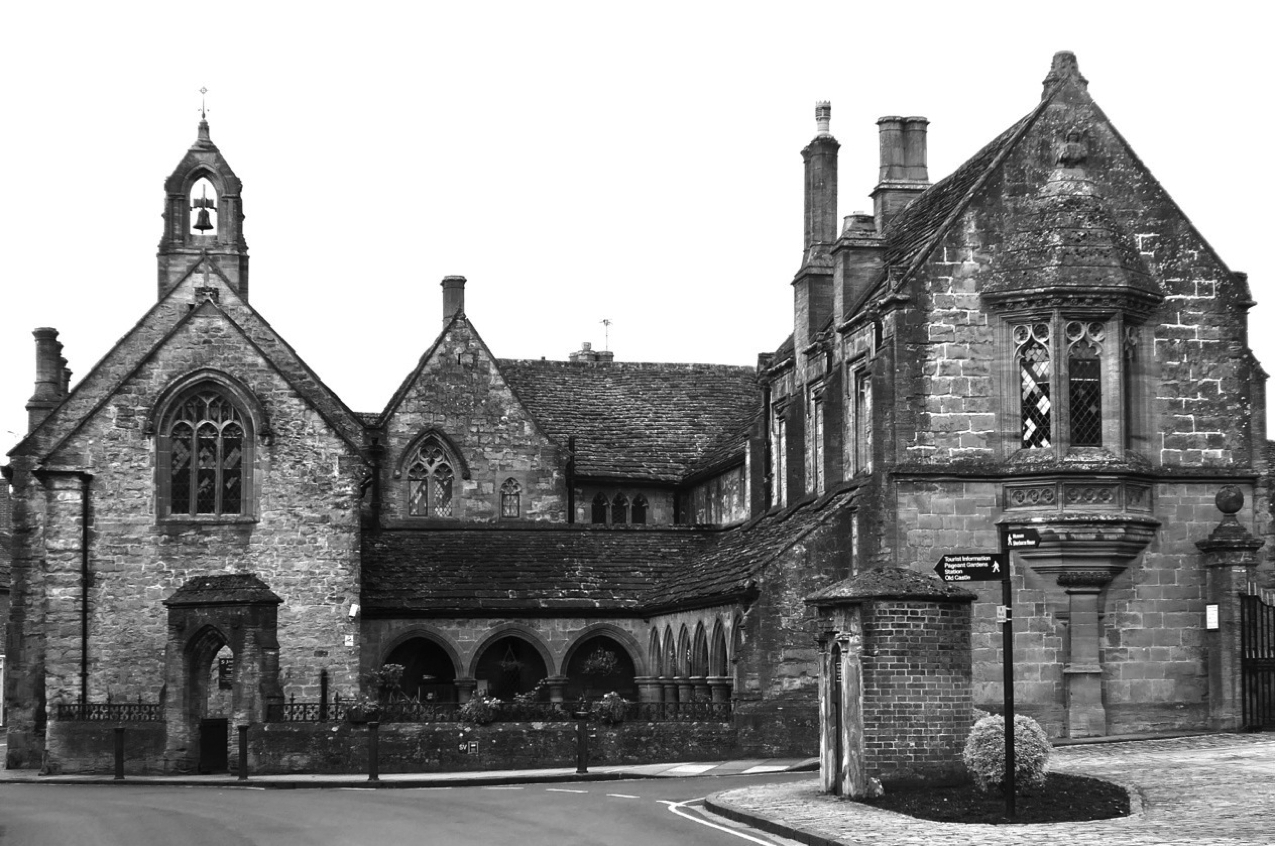 Staff of Bridport Secondary School, 1910; WFH is in the middle of the front row

We have some good group photographs in this edition, mostly with the people in them identified by name. Peter Meech writes about his grandfather, Walter Ferris Hill (WFH), the first ‘Boss’ of Bridport Grammar School. Walter is included in the photograph of the staff of Bridport Secondary School in 1910. 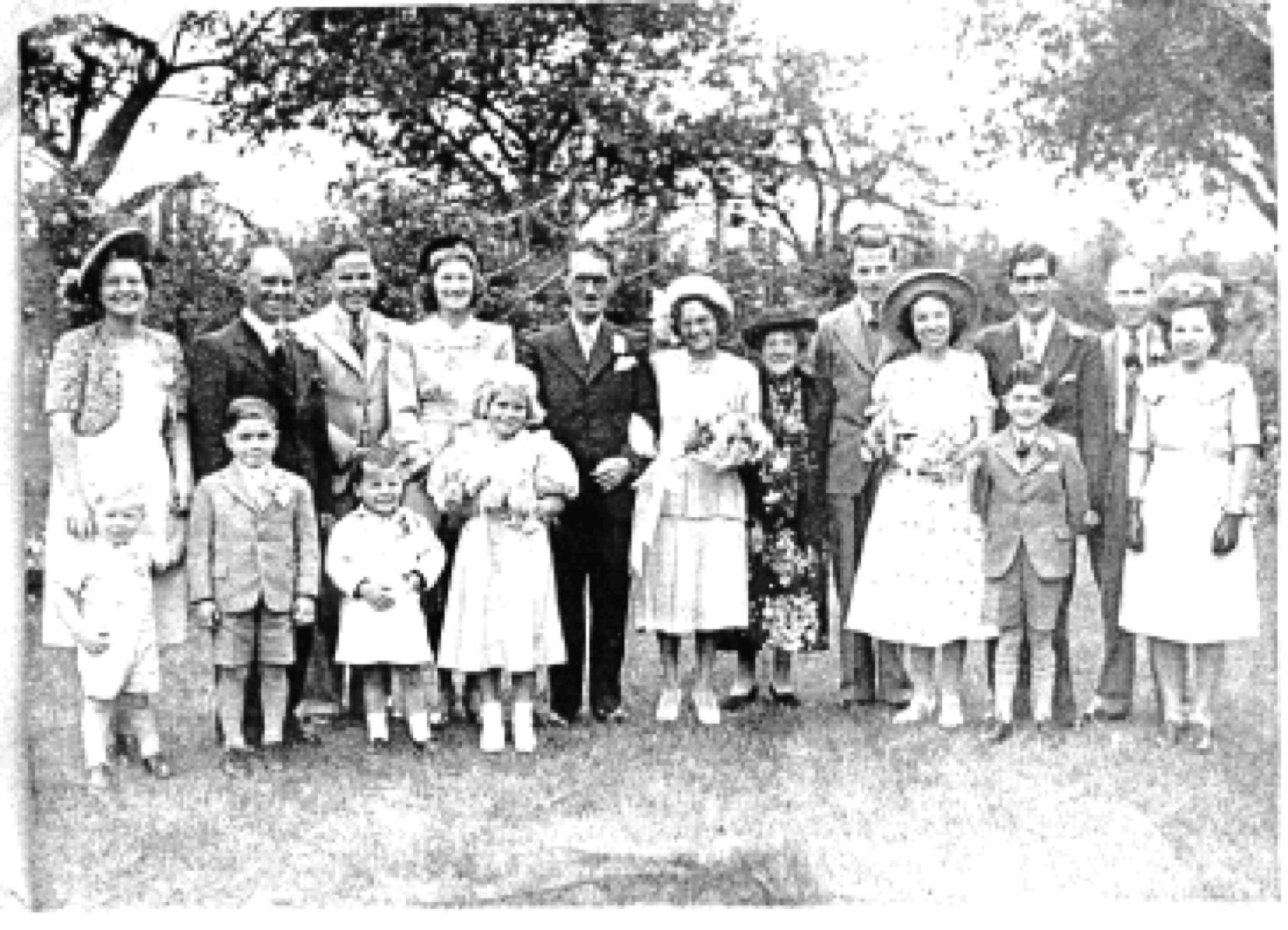 Bob Taylor from Western Australia writes about his maternal grandmother, Gussie Masters. Gussie married more than one member of the Yeovil Town Band (not at the same time). Gussie’s wedding photo of 1947 includes 17 people, all named in the article.

There is also a good photo of Yeovil Town Silver Band. Could you name any of the players? 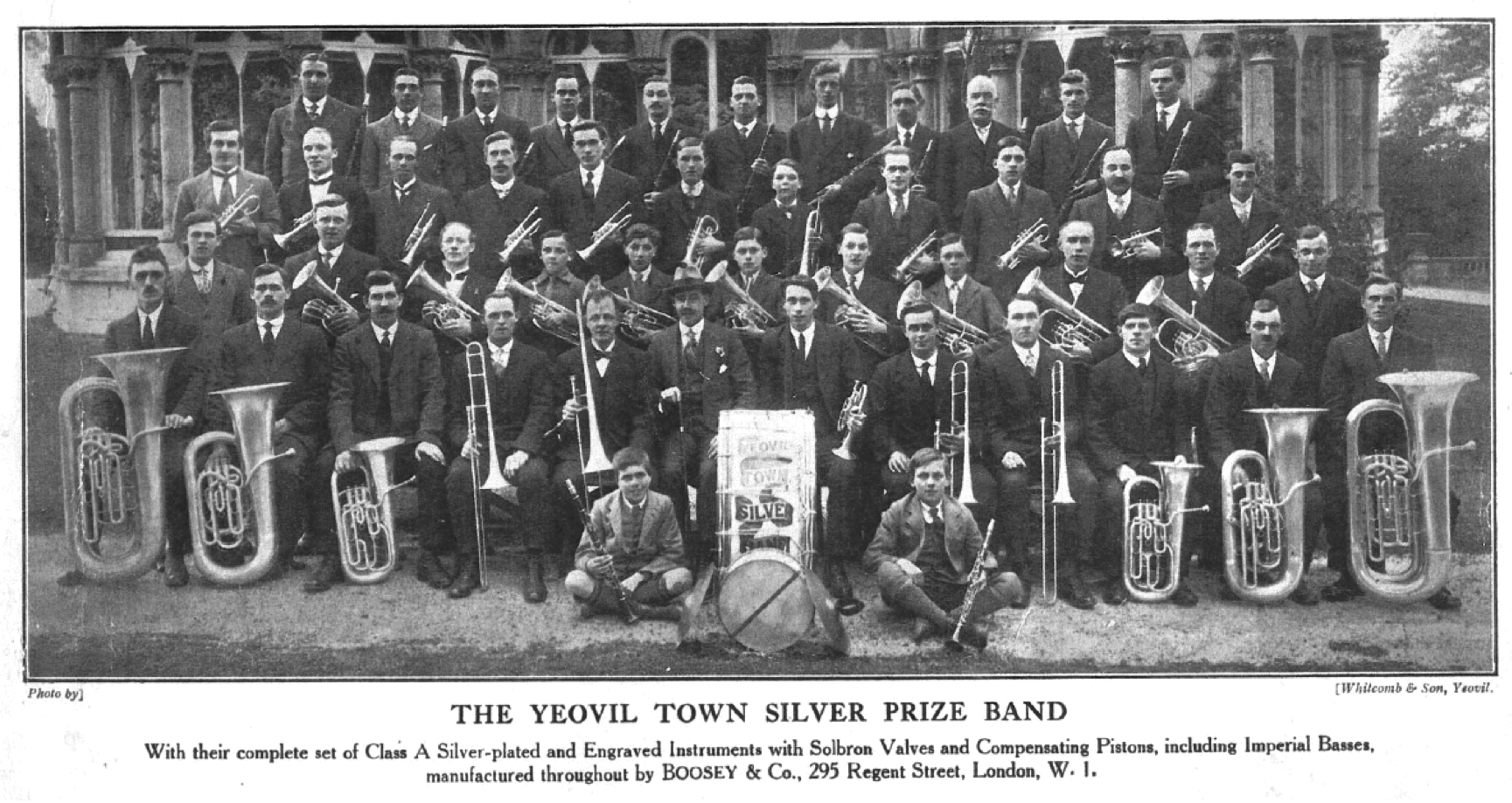 There are a number of items linked to anniversaries commemorated in 2015. Anne Brady, from New Zealand, writes about John Cleal, her Waterloo ancestor. Teresa William’s What the papers said feature has local newspaper reports on men involved in the Gallipoli campaign, and there are two items on ANZACs and their links with Weymouth. 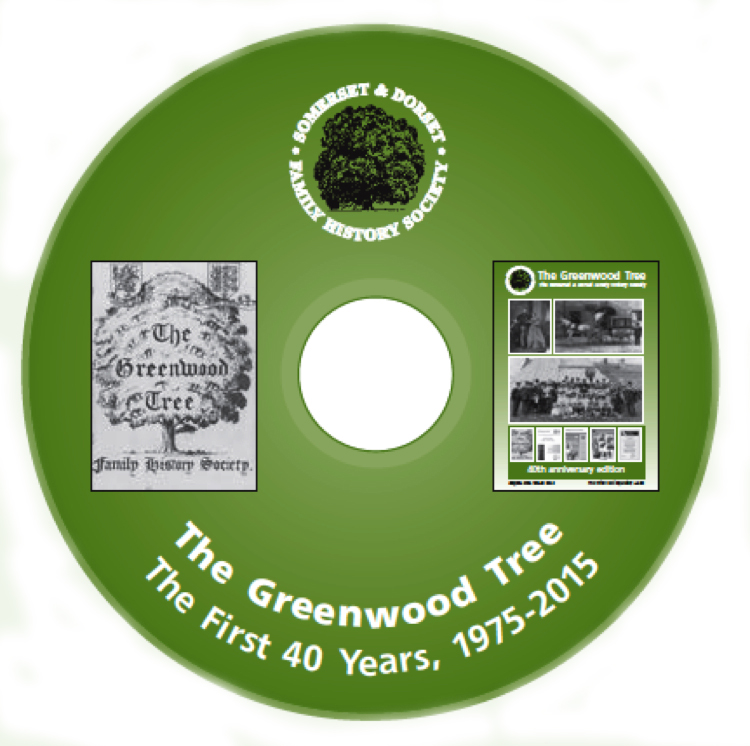 The 40th Society Open Day and AGM was held in Yeovil in September, and there is a report and photos of the meeting. I was pleased to be able to announce the release of the CD of the first 40 years of The Greenwood Tree at the meeting. It seems to have been well received, and over 70 have so far been sold as either a CD or memory stick. You can also now buy the CD/memory stick (and many other publications) in our secure online shop.

A PDF of the November 2015 issue has been made available for free download from our website, so those who have bought the previous 159 issues will be able to complete the set of the first 40 volumes – 40 years of The Greenwood Tree. It is always satisfying to bring a project to completion, and again the Society should acknowledge those whose time and efforts made it possible, in particular volunteer Wendy Lugg, Stephen Hibberd at Aurora, and my daughter Jen Murfitt-Barber.

If you are interested in the history of the Somerset & Dorset FHS, and in The Greenwood Tree in particular, you might like to read my piece on the history of our Journal. There are pictures of the previous editors – at least, as many as I could find. If you look back through old issues of The Greenwood Tree you are aware of the enormous dedication of some of the earlier members of our Society, the officers, post-holders and volunteers. We are greatly in their debt.

As we come to the end of the Society’s 40th year we can only speculate on what the next 40 years will bring. But if the journal is to survive to the end of its 41st year it will need more contributions from you, the members. Get writing!