The Royal Tombs of Great Britain 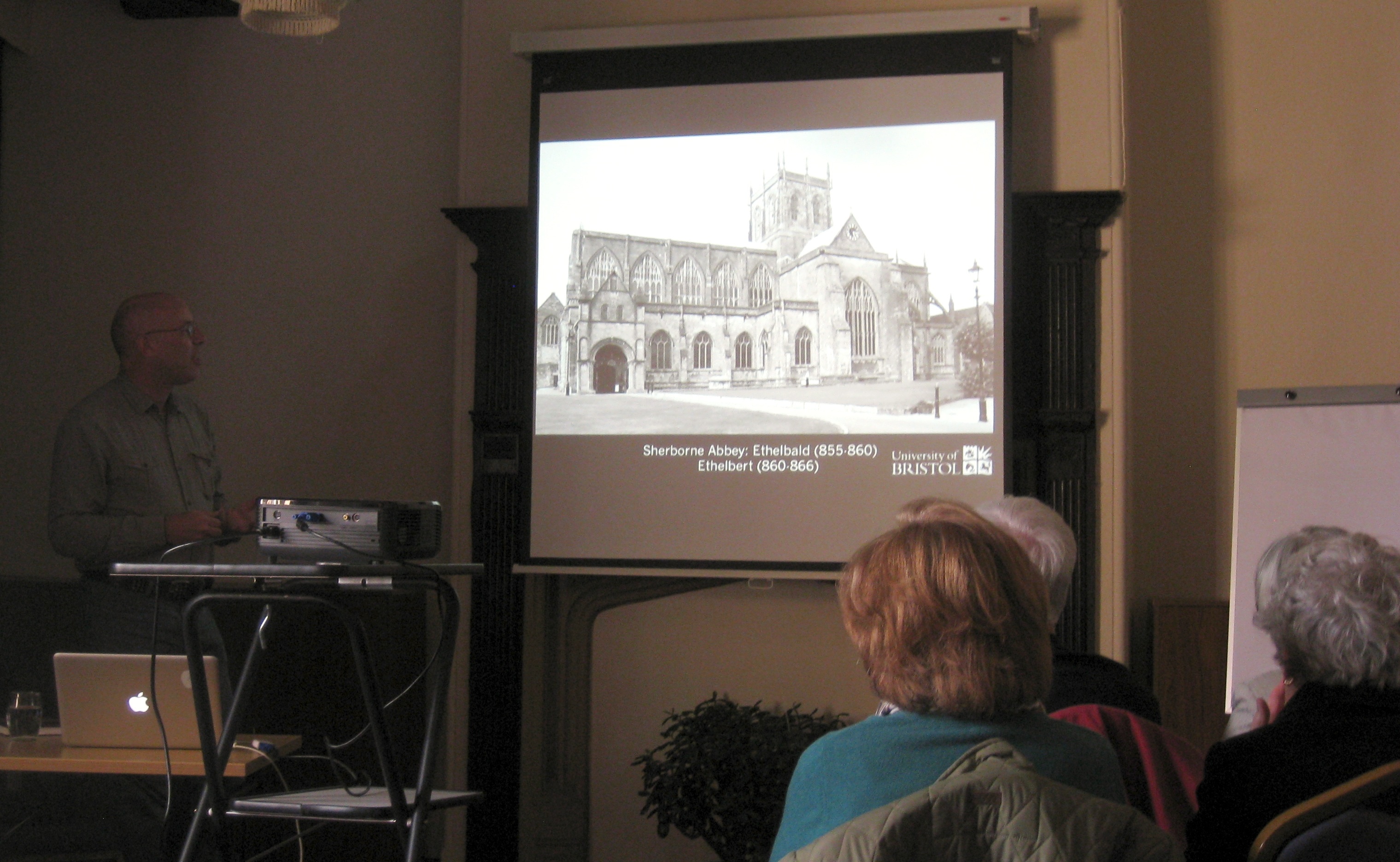 We had a real treat yesterday when Dr Aidan Dodson of Bristol University came to our Research Centre at Sherborne and gave two fascinating and informative talks under the heading of The King is Dead: the royal tombs of Great Britain. Aidan’s first talk started with the Saxon kings of Wessex and included, of course, Sherborne Abbey’s own burials of Ethelbald (died 860) and Ethelbert (died 866), older brothers of Alfred the Great. Many of the pre-Reformation royal tombs were destroyed during the dissolution of the monasteries since most were located in abbeys of which few traces now survive above ground, and often the only remains of these royal burials are a few bones (not always securely identified) gathered together at later dates and reburied. The first king of England to be buried at Westminster Abbey was the Abbey’s original builder, Edward the Confessor (died 1066), and the Abbey then became the burial place of choice for most (but not all) rulers of England. It was interesting to find out that even royal tombs could be disturbed by having later bodies inserted: the Westminster vault of Henry VII (died 1509) and his queen, Elizabeth of York, was opened in 1625 so that the body of James I & VI could be added. 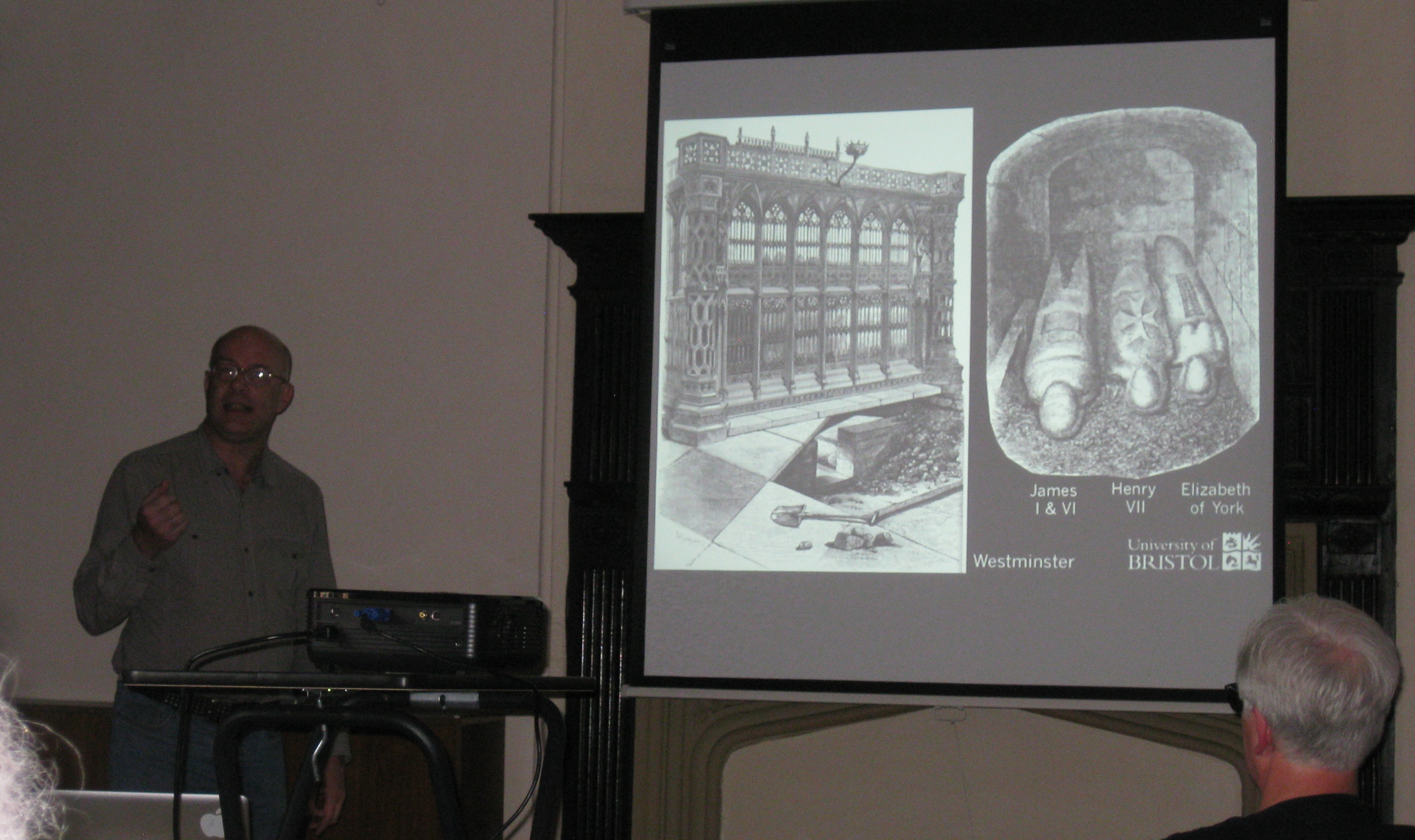 Aidan’s first talk took us up to the death of Queen Elizabeth I in 1603 – she too is buried in Westminster Abbey and shares her tomb with her elder sister, Mary I. Following a tea/coffee break, Aidan’s second talk took us back in time to cover the burials/tombs of Scottish kings – again many of those buried in abbeys before the Reformation have been destroyed – and then continued with the Stuart kings of Great Britain, most of whom, after James I & VI, are buried in one vault at Westminster. 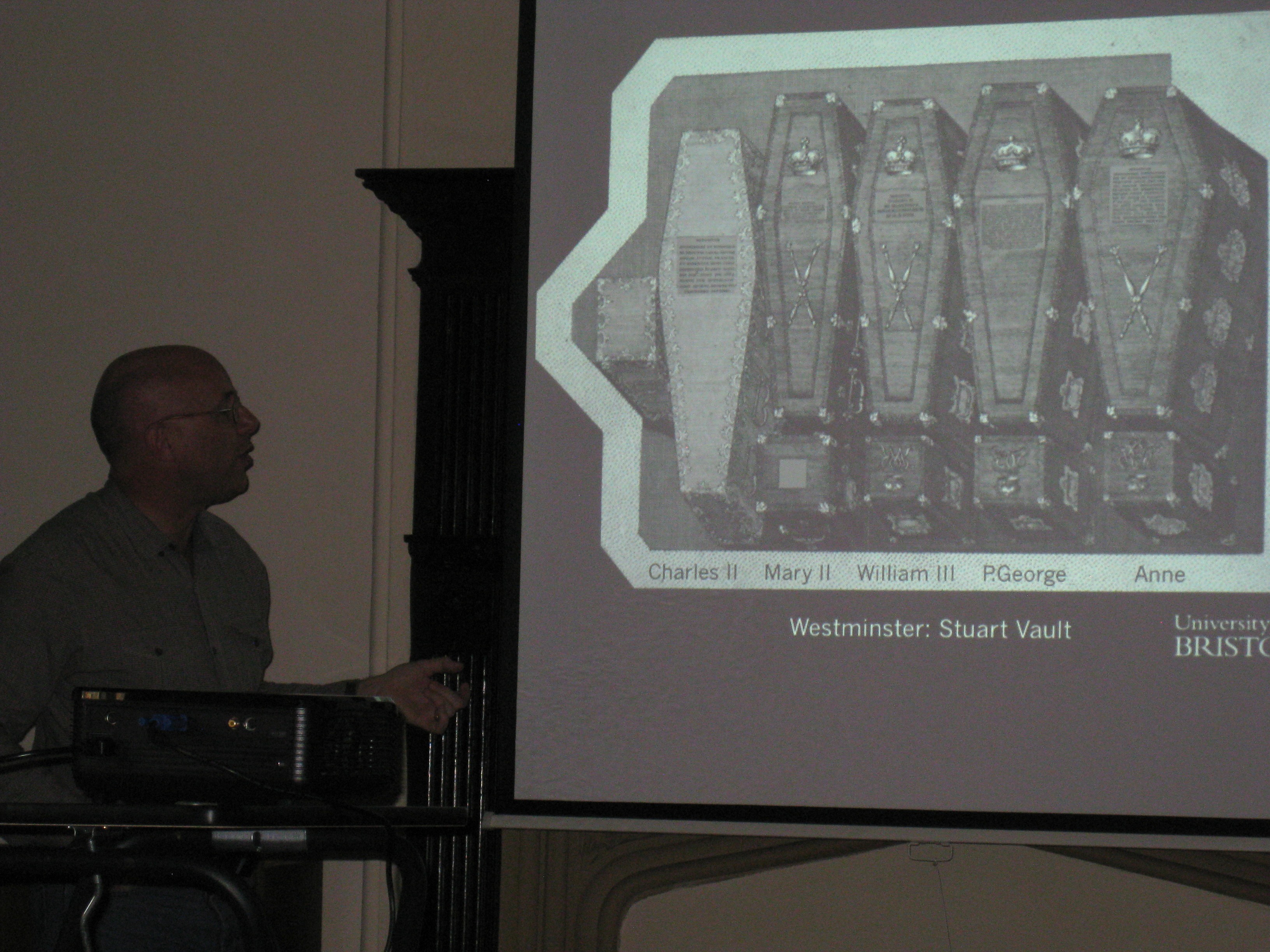 The other favoured burial place for the English, and later British, monarchy was St George’s Chapel at Windsor, founded by Edward IV who was the first king to be buried there in 1483 and the Chapel also houses the burials of Henrv VI (reburied there in 1484), Henry VIII (1547) and the executed Charles I (1649). When the throne passed to the Hanoverian descendants of James I & VI, the first George chose to be buried in Hanover but his successors have been buried at either Westminster or Windsor, down to the most recent king’s burial (in 1952) of George VI – joined in 2002 by his queen, Elizabeth. Queen Victoria (died 1901) had a mausoleum built at Frogmore in Windsor Great Park, near the Castle, for herself and Prince Albert and the grounds of the mausoleum have since become the resting places of many other members of the royal family including the abdicated Edward VIII (died 1972) and his wife (died 1986) – the Duke and Duchess of Windsor.

Like all good talks, Aidan’s were both interesting and entertaining, providing a great deal of information and leaving listeners wanting to find out more! I hadn’t previously been aware of the extent to which royal bodies were embalmed with the internal organs being removed, just as they were in ancient Egypt, leading to different body parts being distributed to churches which would benefit from the visits of pilgrims, and I found the human-shaped lead coffins in which many kings were buried very intriguing and would like to know more about them. Were they made in advance of the burials, or moulded around the body of the deceased? I had known that Oliver Cromwell was originally buried in state in Westminster Abbey, only to be evicted at the Restoration, but I hadn’t been aware that after his posthumous ‘execution’ his head had been displayed at Westminster on a pole and then became an object of curiosity in the hands of private collectors until it was ‘rescued’ in 1960 and finally reburied at Sidney Sussex College in Cambridge. 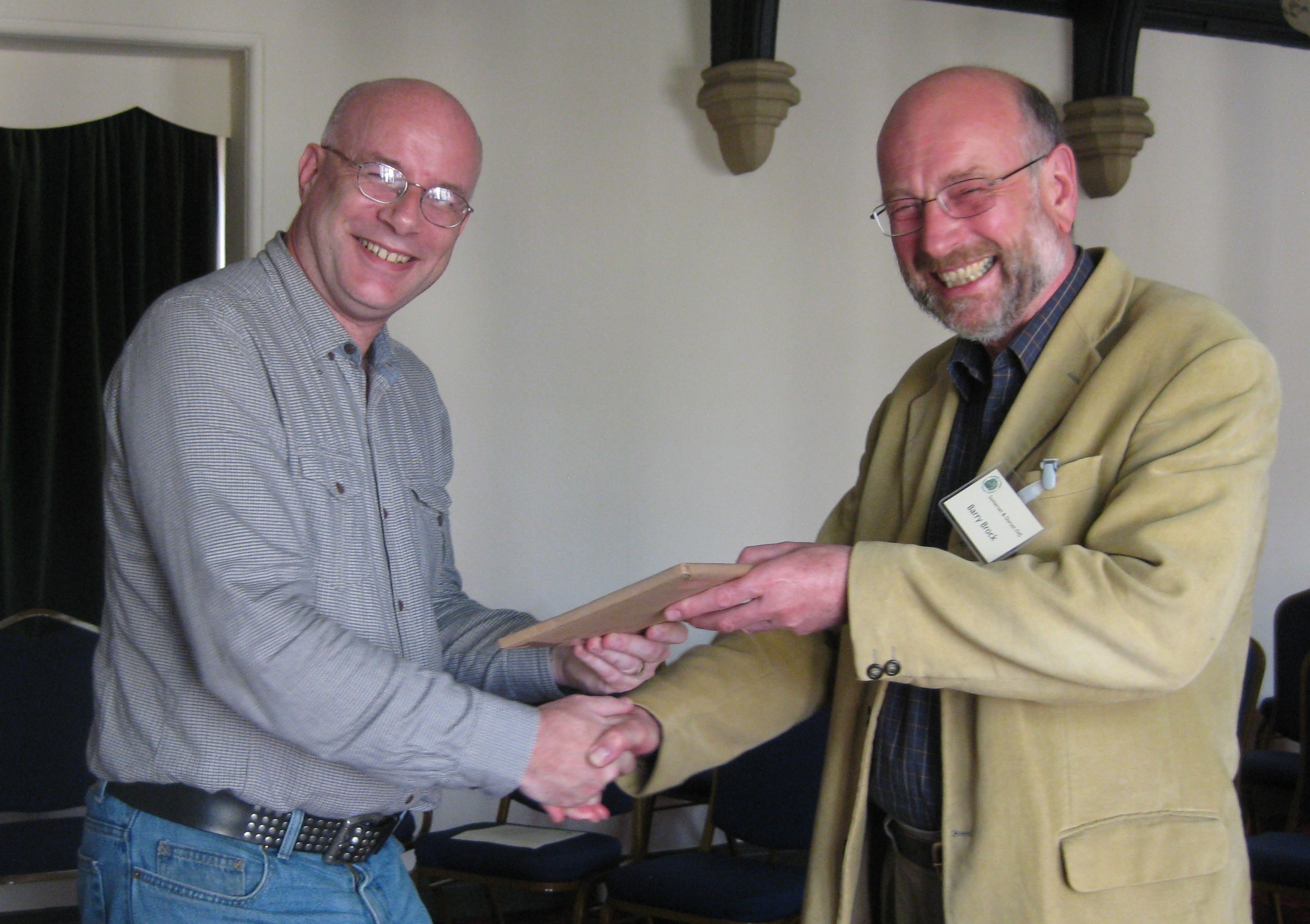 There were many more such fascinating stories in Aidan’s talks and I shall look forward to the publication of the second revised edition of his book The Royal Tombs of Great Britain; an illustrated History which will be published once the final burial place of Richard III has been decided!

At the end of a very successful and well-attended, event, Barry Brock (Manager of our Research Centre) thanked Aidan for coming to Sherborne and presented him with a token of the society’s appreciation.