Barbara Elsmore was inspired to hunt out some family photographs after reading an article in the February Greenwood Tree. 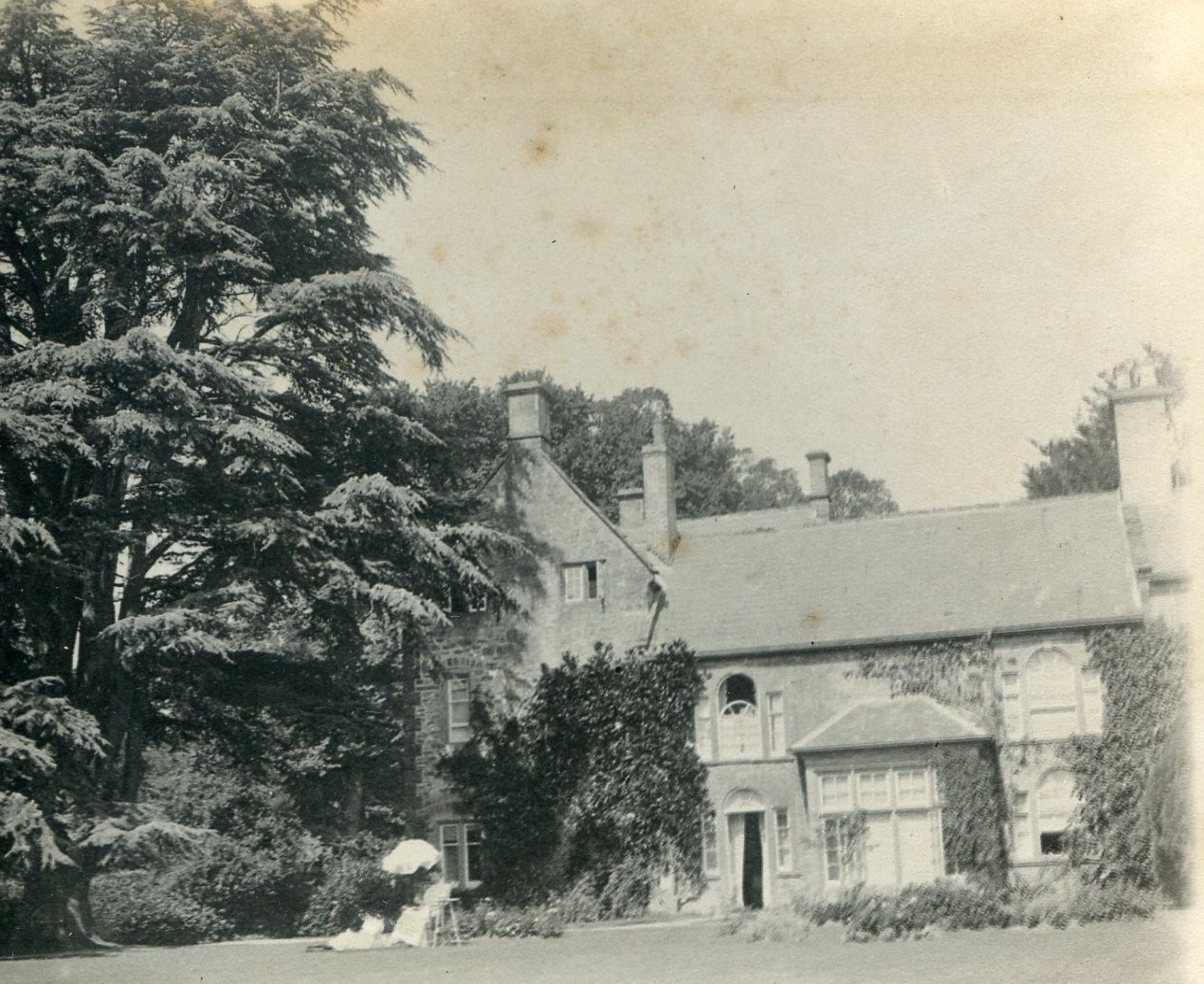 I so enjoyed Mike Whitaker’s Spotlight on Trent in the latest edition of The Greenwood Tree and it sent me searching for a couple of photos that I remembered I had on my computer somewhere, and here they are. These two photographs were taken in 1901 and they picture Mrs Tate and Barbara in the garden of the Rectory. Mrs Tate was Michael Goodden’s great grandmother’s sister and he has kindly given permission for me to include them here. This is such an idyllic scene. 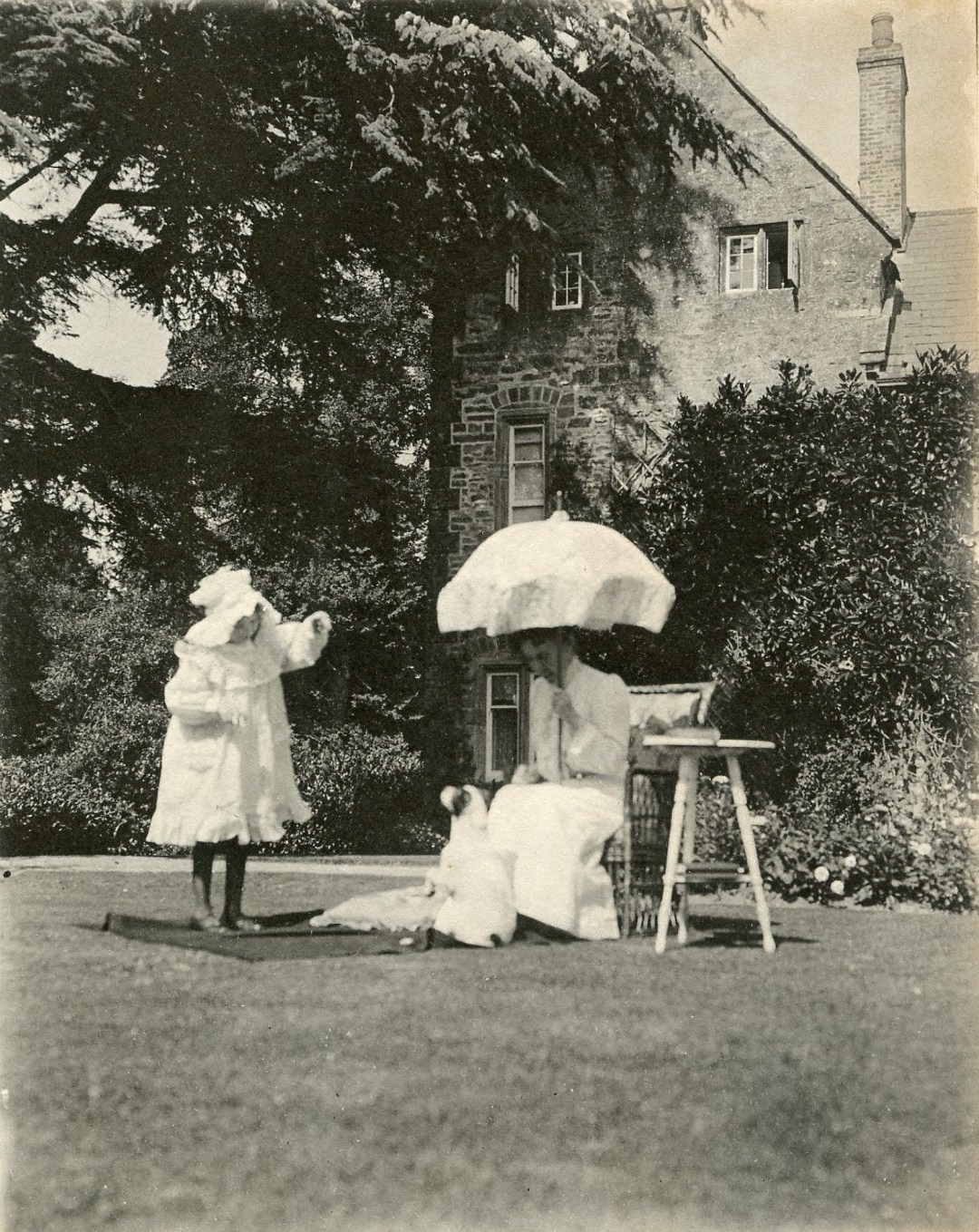 I also am interested to see the wicker chair Mrs Tate is sitting in and I am almost sure that this would have been made by one of the members of the Deacon family who were basket makers in Nether Compton over three generations. I also love the little three legged table, larger versions of which are sometimes referred to as ‘cricket tables’ as they are most suitable for outdoor use since the three legs balance them perfectly no matter what they stand on. I was reminded also of how often a wicker chair is used in early photographs.  Here also is a photograph of me taken nearly fifty years later and I am sitting in one of Mr Deacon’s wicker chairs. 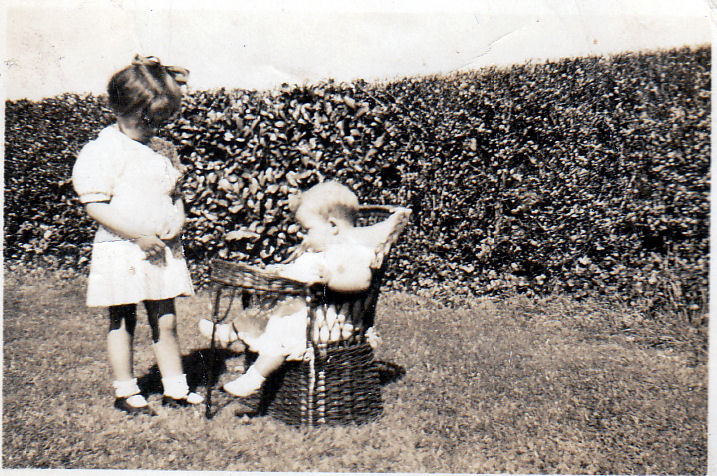 Barbara Elsmore in one of Mr Deacon’s wicker chairs in 1946.

I am currently working on an exhibition of willow and wicker for the Sherborne Museum window which explains my interest in all things wicker.