The US Civil War 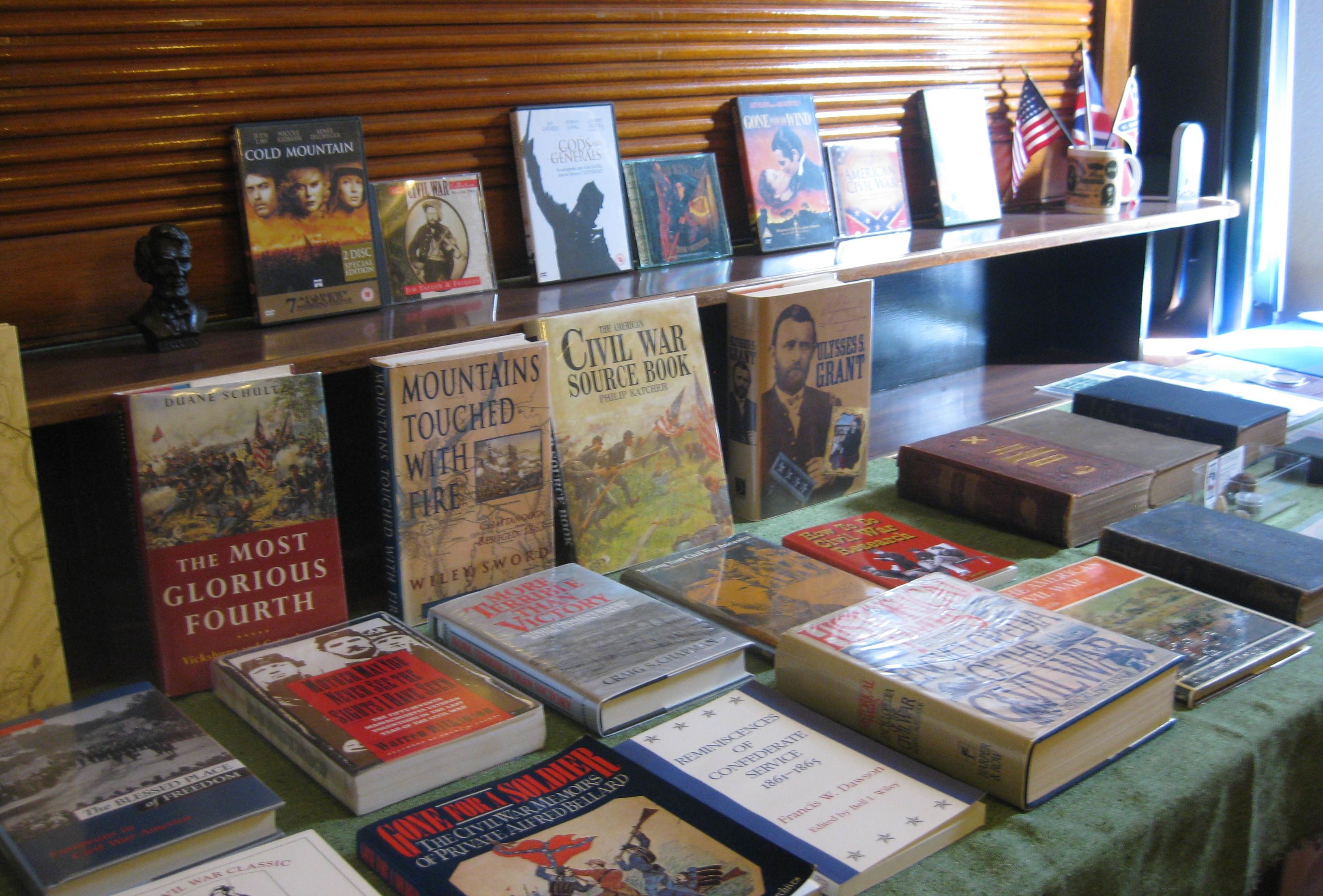 2015 marks the one hundred and fiftieth anniversary of the end of the US Civil War and to commemorate this we had four talks at our Family History Centre in Sherborne on Saturday 11 April. The event was the inspiration of our Librarian Emeritus, Robin Ansell, who has had an almost life-long interest in the War and who brought along part of his extensive collection of books and memorabilia. 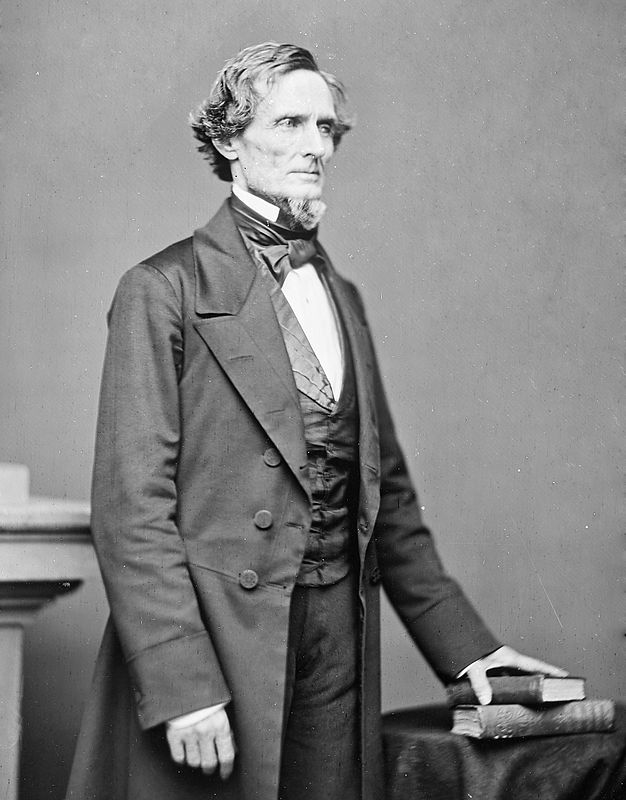 Jefferson Davis, President of the Confederate States of America. 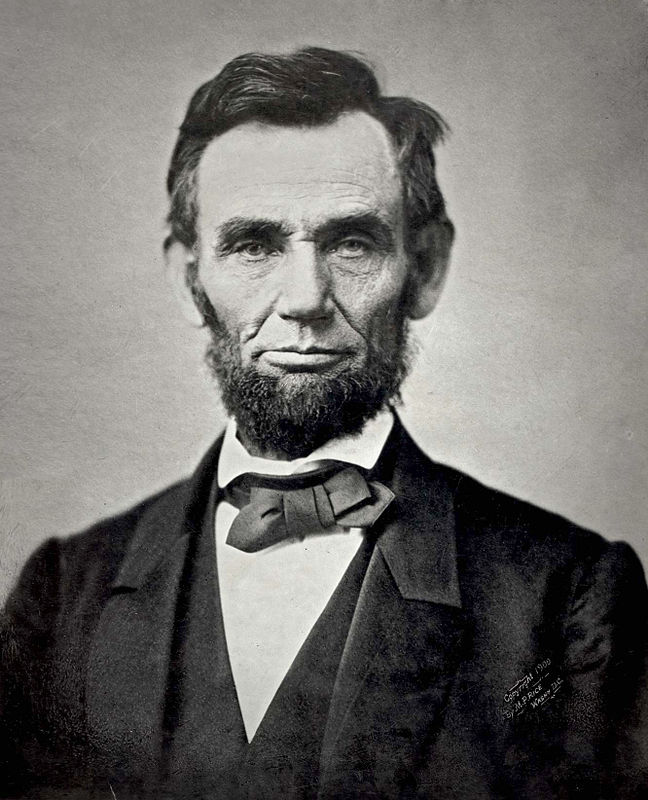 Abraham Lincoln, President of the United States of America.

Fittingly Robin was the event’s first speaker, giving us an excellent overview of the War, which started in 1861, and the men who fought in it. In an informative well-illustrated talk, he guided us through the causes of the War, the weaknesses and strengths of the two sides, and the major battles and sieges of the conflict, in which many military innovations featured for the first time; ironclad battleships, for example, and an increased use of balloons for recognizance and directing artillery fire. 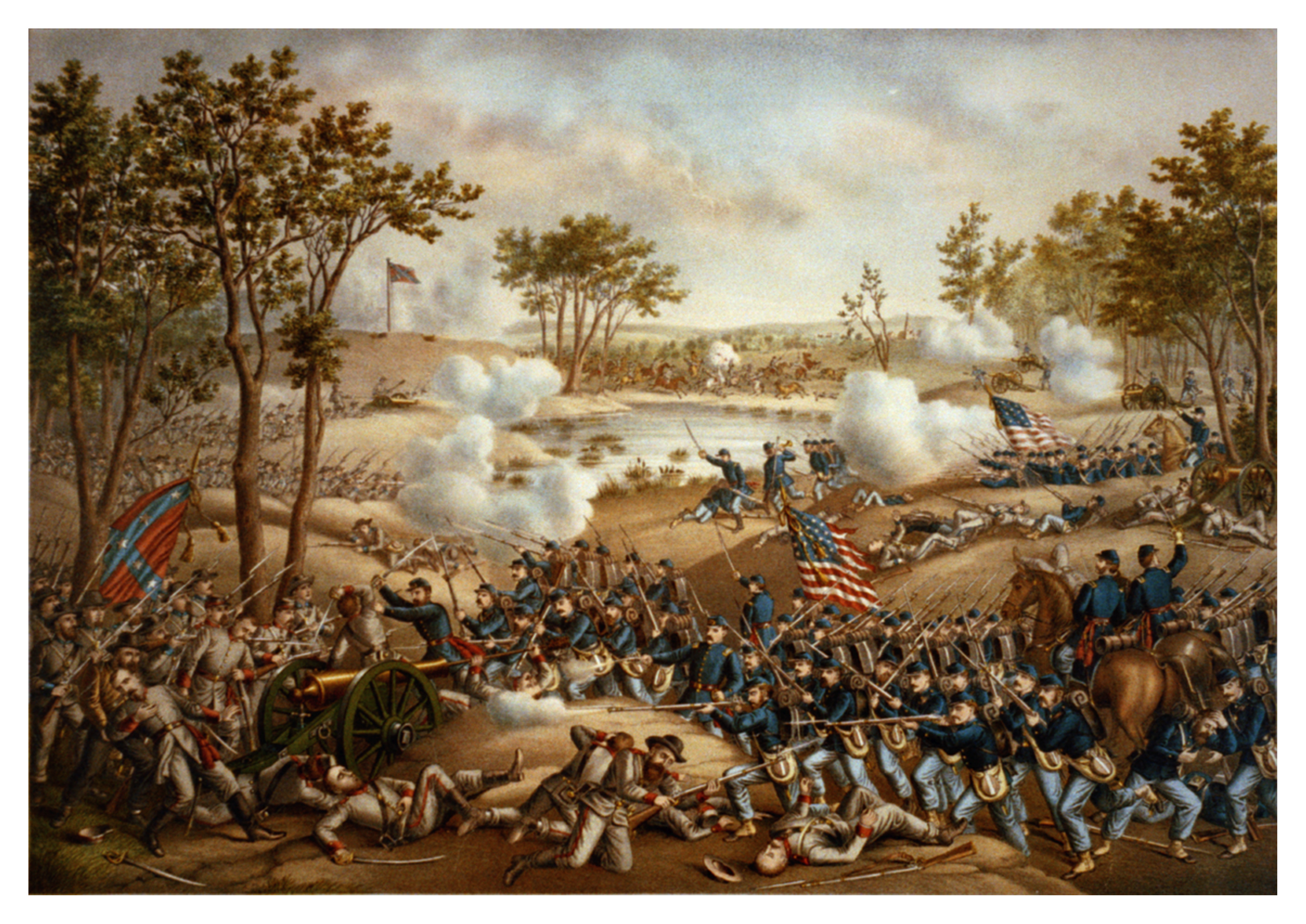 One of the contrasts between the handling of the War by the two sides relates to their commanding Generals. The southern, Confederate, forces were led by General Robert E Lee for most of the War, giving them continuity of command, whereas the northern, Union, army had a succession of generals (some more successful than others) until the appointment of Ulysses S Grant in 1864.

The decades just before the outbreak of the Civil War had seen mass emigration from the British Isles to the USA and Canada, as people sought to escape poverty and deprivation (including the Irish potato famine) at home. Those who fought on the Union side included around 250,000 British nationals, from Canada, Ireland, England, Scotland and Wales, though the number who fought for the Confederates is unknown, and many men from Somerset and Dorset ended up fighting in the War. 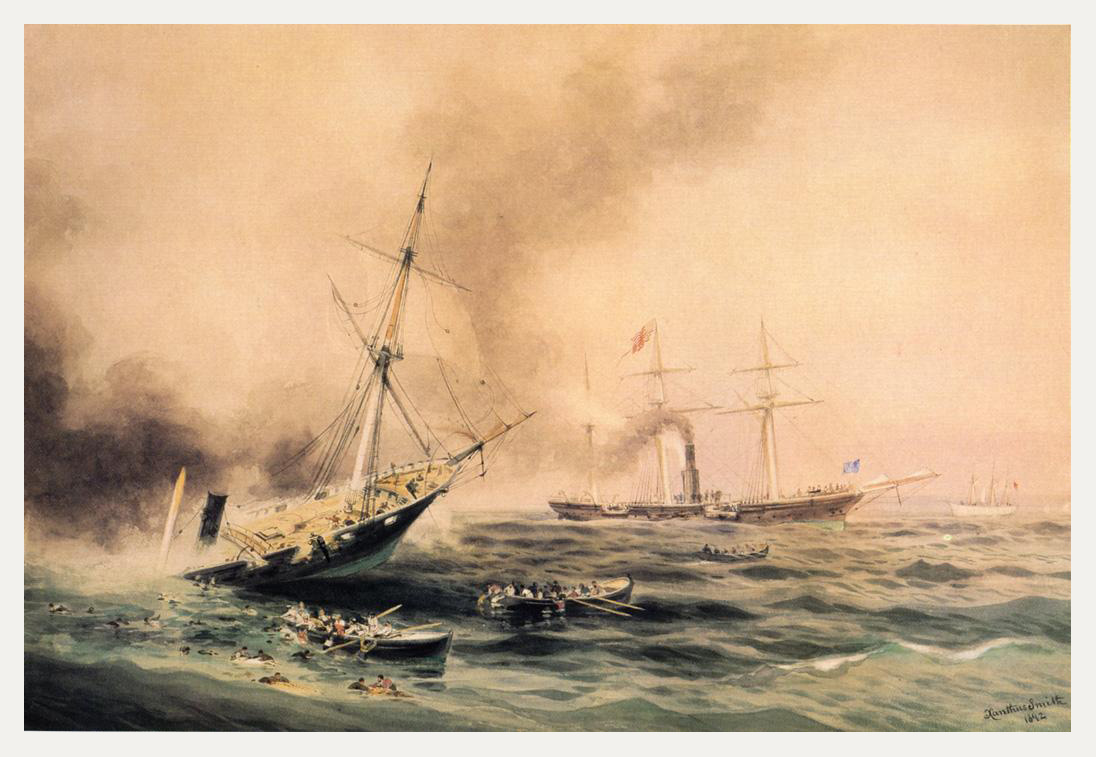 The sinking of the CSS Alabama by the USS Kearsarge in 1864. Painting by Xanthus Smith (1892)

On one occasion towards the end of the War, the conflict itself came very close to Dorset when a naval battle was fought only 65 miles from Weymouth. The USS Kearsarge sank the CSS Alabama, after the latter emerged from being repaired in Cherbourg. Many of the Alabama’s crew had come from Birkenhead where the ship had been built and they included Robin’s wife’s Great Great Uncle who survived the sinking and returned safely to his home town.

After a refreshment break, we had two short talks about individuals from Somerset and Dorset who had been involved in the War. In ‘From Milbourne Port to Petersburg, Virginia’ our President Sir Mervyn Medlycott read extracts from the diary of his ancestor, Rear-Admiral Sir Mervyn Bradford Medlycott (1837-1908), who witnessed one of the closing stages of the Civil War. Then the Editor of The Greenwood Tree, Bob Barber, described the life of Corporal Joseph Woodland (1835-1922), of the 32nd  Iowa Volunteer Infantry, as originally researched by the late Derek Woodland. Joseph Woodland came from Broadmayne in Dorset and after serving in the Unionist forces went on to become a prominent citizen in South Dakota where a township is named after him.

The final talk of the day was given by Dr Charles Rees the current President of the American Civil War Round Table UK (http://www.acwrt.org.uk/) who took us on an illustrated tour of some of the major battlefields, including that at Gettysburg, describing some of the many memorials to men, of both sides, who fought and died in the conflict.

At the end of his overview Robin had given us many sources for further information about the Civil War and, especially those to help family history researchers looking for ancestors who might have been involved:

My Irish Great Grandfather, James Woodland (no relation – so far as I know – to the Joseph Woodland above!), emigrated to the USA in 1862 and, according to family stories, moved on to Canada, and then eventually back to Ireland, to avoid having to fight in the Civil War. It occurred to me while listening to Robin on Saturday, that there’s a chance that he might actually have joined up and then deserted so that is another line of enquiry for my own family history which I shall now pursue!

(with many thanks to Graham Bendell)