I introduced Patricia Spencer’s talks on Tutankhamun, so I may be considered a biased witness, but I have no regrets. This was a series of three talks given at the Society’s Sherborne Research Centre last Saturday, the 5 October.

Patricia, or should I say, Dr Patricia Spencer, tackled the Tutankhamun story from a different angle – she asked the basic questions any family historian would ask. Instead of focussing on the discovery of the boy-king’s tomb, she set out to solve a series of problems. When was he born? When and how did he die? Who were his parents? Who were his children?

Giving answers to these questions, Patricia provided us all with a background to Egyptian archaeology and then a detailed look at the events which had taken place over three thousand years ago. Just as any detective would, she listed the suspects, provided the evidence for and against, and then reached her conclusions. Just as any detective would, she used modern techniques to examine the evidence, including an appraisal of the CT scans and DNA tests made on Tutankhamun and the mummified remains of other possible members of his family.

But modern techniques do not necessarily provide the answers, and some experts have expressed concern about the methodology and results of recent DNA studies. Patricia’s own conclusions were that the results of these tests were not proven and that questions still remain over the precise details of the pharaoh’s family history.

Many of us will have felt that we knew all about Tutankhamun. Some of us are old enough to remember the British Museum exhibition in 1972. I remember reading Christiane Desroches-Noblecourt’s book back in 1965 and being totally confused (was it the translation from the French?). All was made clear by Patricia – the ins and outs of the boy-king’s family history were revealed. If you missed Tutankhamun this time, make sure you catch him next time. 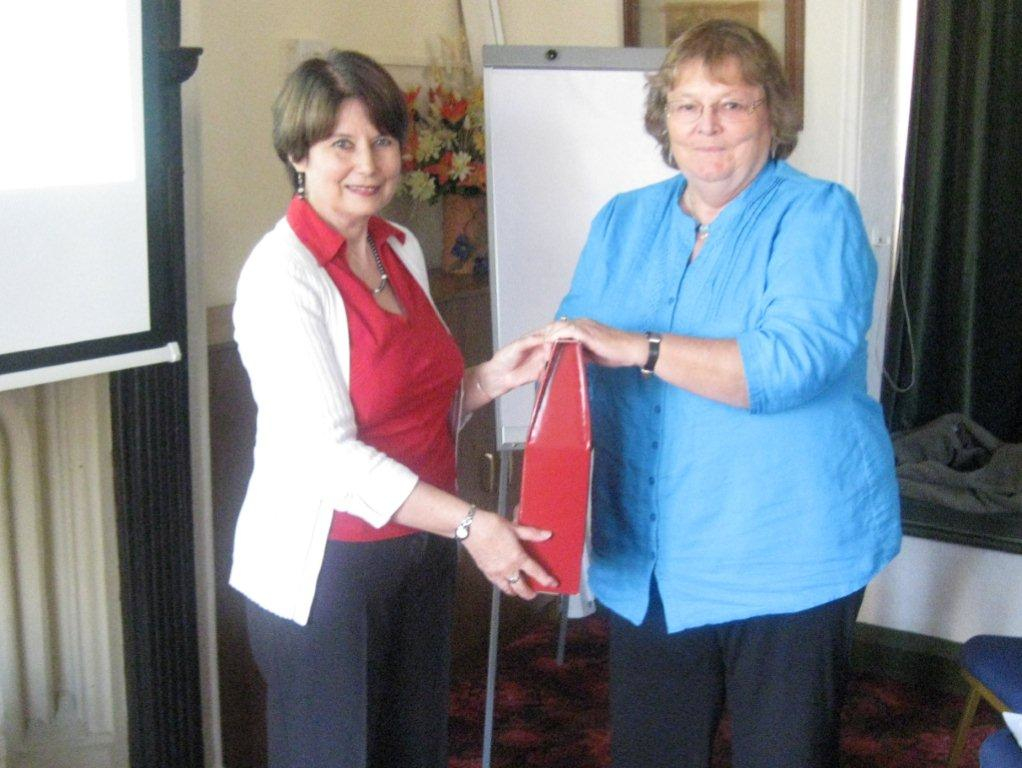 Ann-Marie Wilkinson, Chair of the SDFHS, presenting Patricia with a ‘thank you’ gift at the end of the day. Photograph: Barbara Elsmore

This was the first in a series of major events open to the public and planned to be held at the Research Centre in Sherborne. Patricia will repeat her Tutankhamun talks at the beginning of March next year. Anyone who would like to receive details of future events, should e-mail: [email protected].

If you were not aware, Dr Patricia Spencer is a professional Egyptologist who was Director of the London-based Egypt Exploration Society (www.ees.ac.uk) until her recent retirement to Sherborne. She has participated in excavations in Egypt annually since 1981, working for the EES at Saqqara and at sites in the Nile Delta, and for the British Museum at el-Ashmunein in middle Egypt and, in the Delta, at Tell el-Balamun and Tell Belim. Patricia continues to edit the EES colour magazine Egyptian Archaeology and we are fortunate that she is now also our Society’s Membership Secretary and Website and Social Media Manager.

Manager of the SDFHS Research Centre in Sherborne