The first of our 2015 Sherborne events took place yesterday when Col. Iain Swinnerton described the Anglo-Zulu War of 1879, followed by a wine-tasting of six South African wines.

The main events of the Anglo-Zulu war are very familiar to anyone who has seen the film Zulu (all but one of us present yesterday had seen it – some many times!) and its later prequel Zulu Dawn (rather fewer had seen this film) but we all welcomed the opportunity to hear the expert views of the SDFHS Military Advisor, Col. Iain Swinnerton, on the causes of the conflict and his account of the defeat at Isandlwana and the defence of Rorke’s Drift. 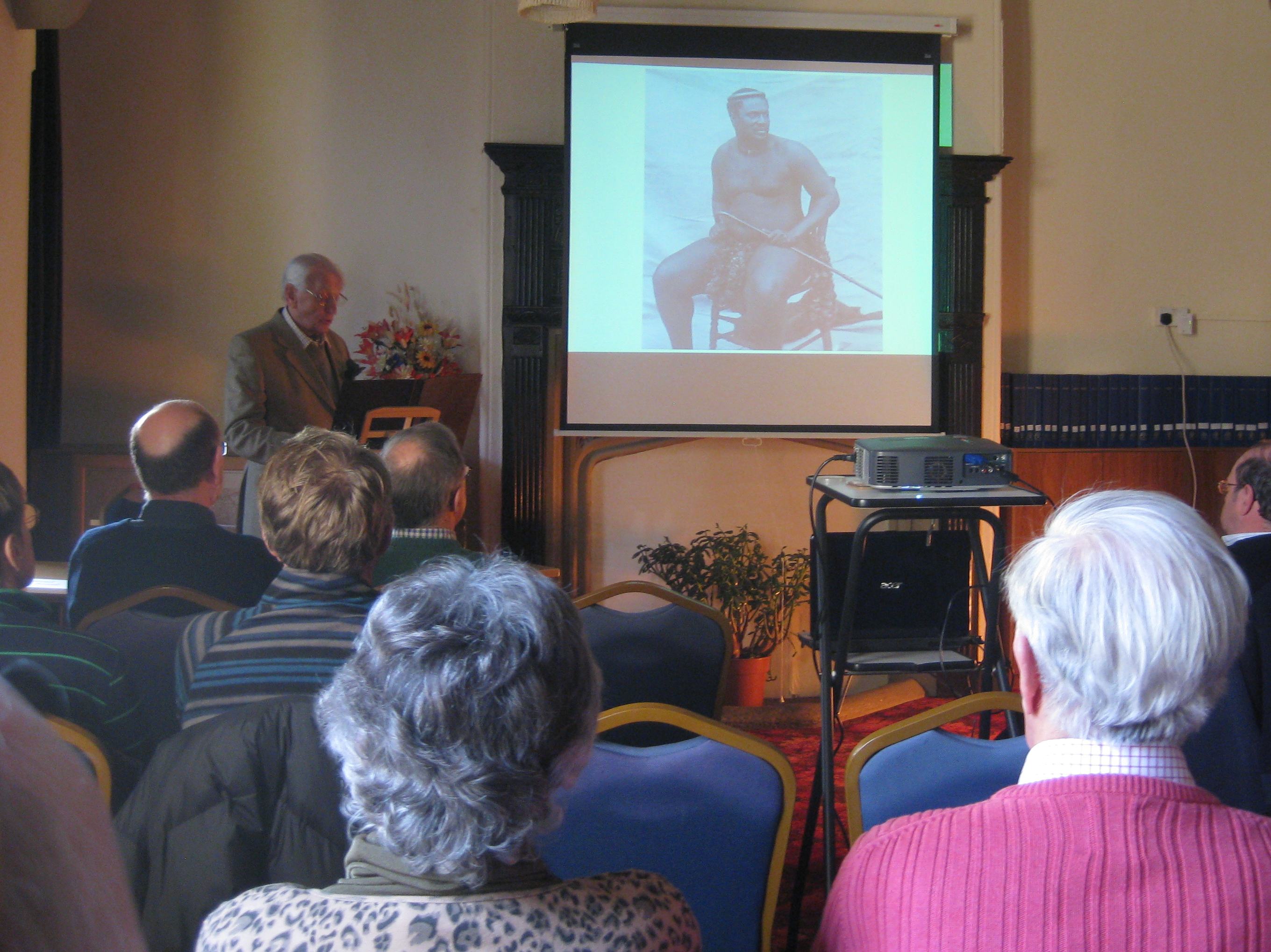 Col. Iain Swinnerton describing the causes of the Anglo-Zulu War of 1879, with a photograph of the Zulu king, Cetshwayo.

Iain started his talk by describing British imperial amibitions in what were then known as ‘the colonies’ and how the government wished to impose on southern Africa the same kind of confederation as had been established in Canada. This was largely at the instigation of the fourth Earl of Carnarvon (father of the fifth Earl who financed the discovery of the tomb of Tutankhamun) who served as Secretary of State for the Colonies. His plan necessitated the conquest of land and peoples in the region and set the stage for the conflict in 1879 when a British army invaded Zululand. Iain described in detail the events of 22 January when the Zulu army descended on the unprepared forces camped at Isandlwana, killing more than 1,300 men. Iain then summarised the later battles of the war culminating in the British victory at Ulundi on 4 July, which ended the conflict.

After a tea break, Iain considered in more depth the defence of Rorke’s Drift on 22/23 January – the story told in Zulu – during which he also dispelled some of the myths surrounding the action. Characters in the film state several times that the 24th Foot is a ‘Welsh regiment’ but it wasn’t until 1881 that it was named the ‘South Wales Borderers’ and, although the men at Rorke’s Drift did include Welsh soldiers, there were also many from England and elsewhere. Sadly, there is no evidence that the two armies indulged in singing patriotic songs during the battle! Inevitably the characters of those involved, as portrayed in the film, varied in degrees of accuracy, which is only to be expected – the film is entertainment, not a documentary – and the most distorted character was that of Henry Hook who is portrayed as a drunken miscreant but who, in real life, was a teetotaler who was also a Methodist lay-preacher (and who, after leaving the army, worked at the British Museum as a cloakroom attendant). 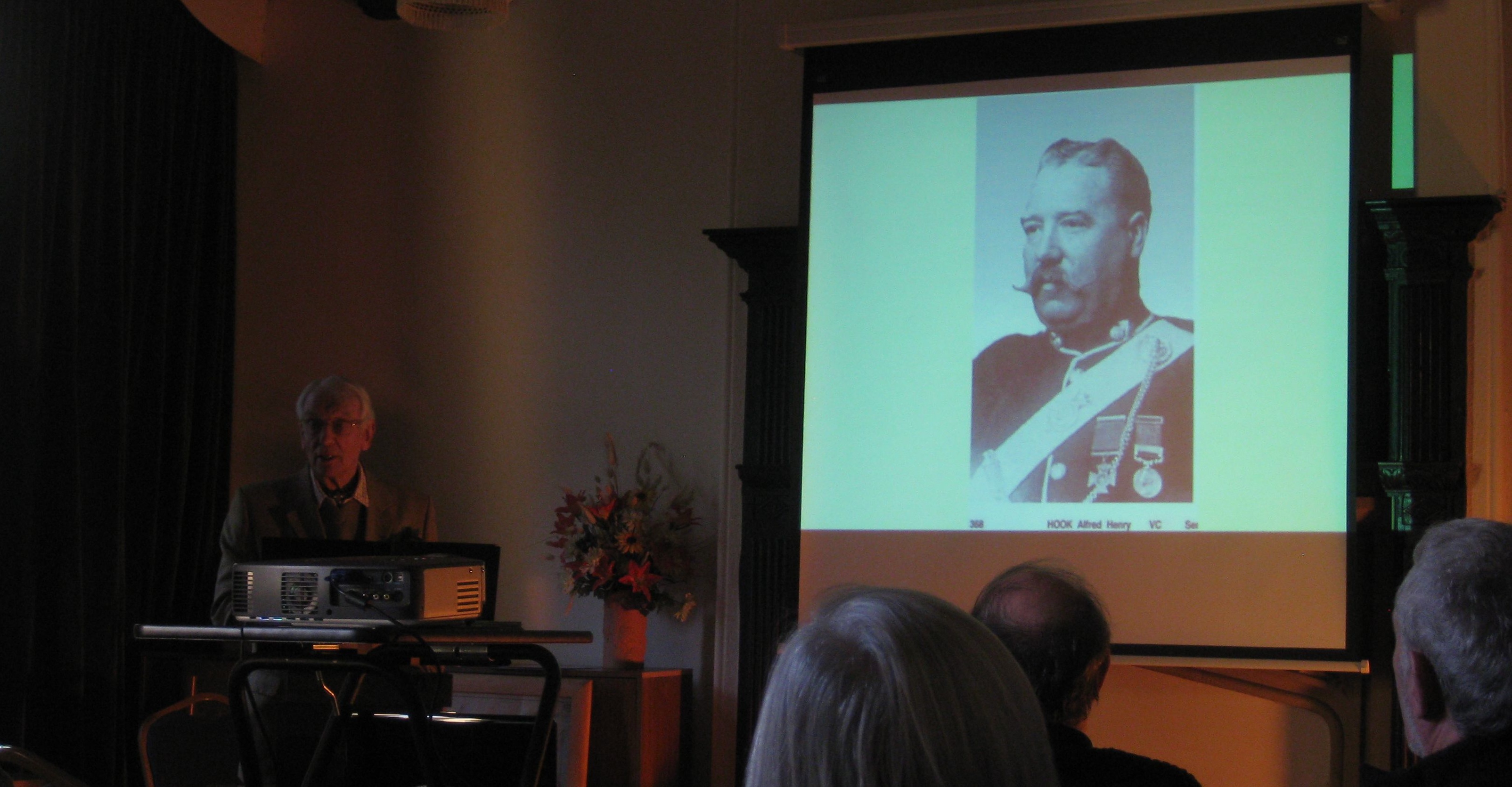 A portrait of Henry Hook who was awarded the Victoria Cross for his actions in the defence of Rorke’s Drift.

Hook was one of eleven men involved in the defence of Rorke’s Drift who were awarded the Victoria Cross for valour in the face of the enemy which exceeded that expected of British soldiers – a fitting tribute to the courage shown by those who held the mission station against the attacks of the formidable Zulu army. 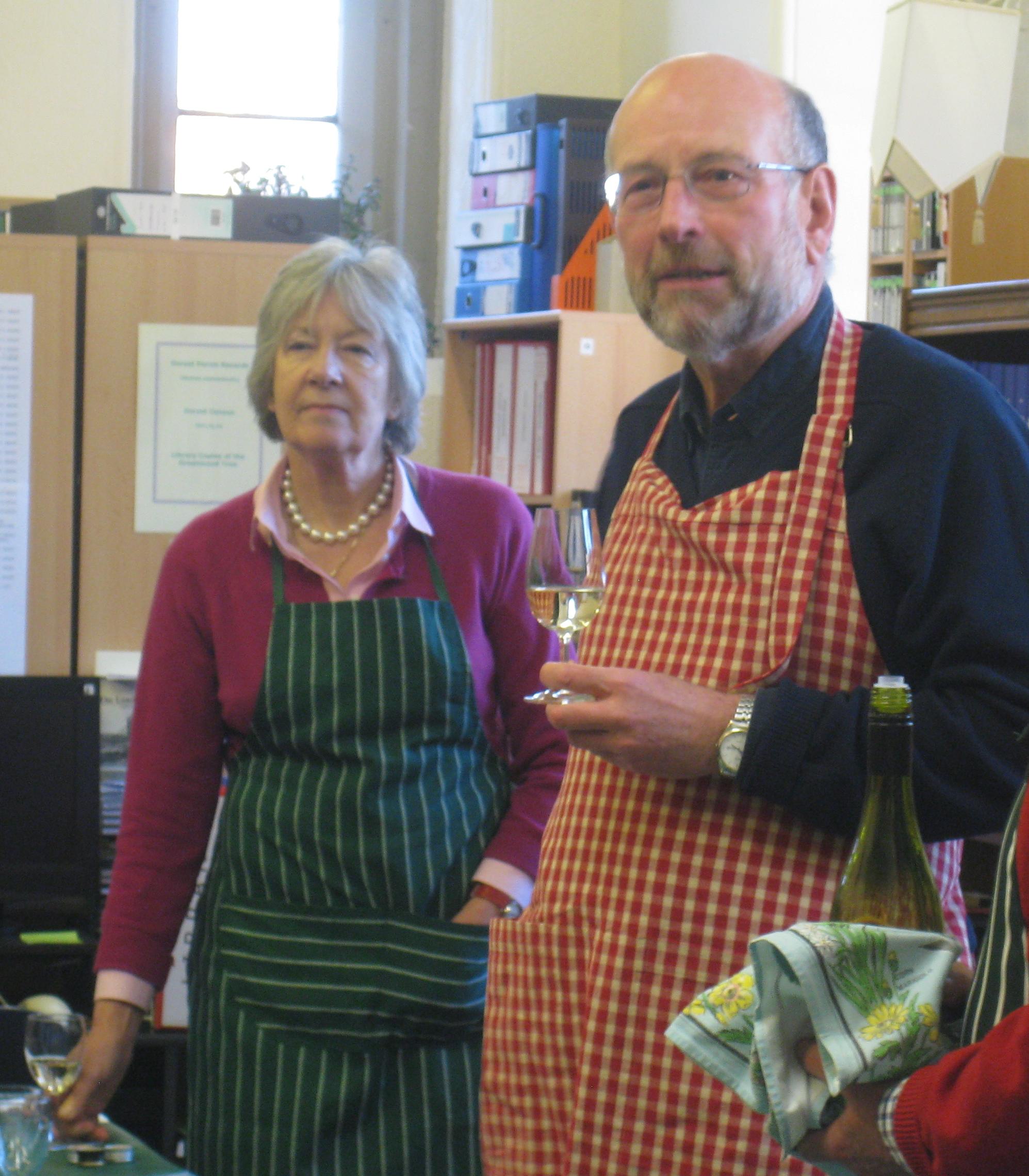 Barry describing one of the white South African wines.

Following Iain’s excellent talks, we adjourned to the SDFHS Research Room which had been transformed for a tasting of South African wines, organised by Barry Brock, who had selected six wines – three white and three red – for us to sample. 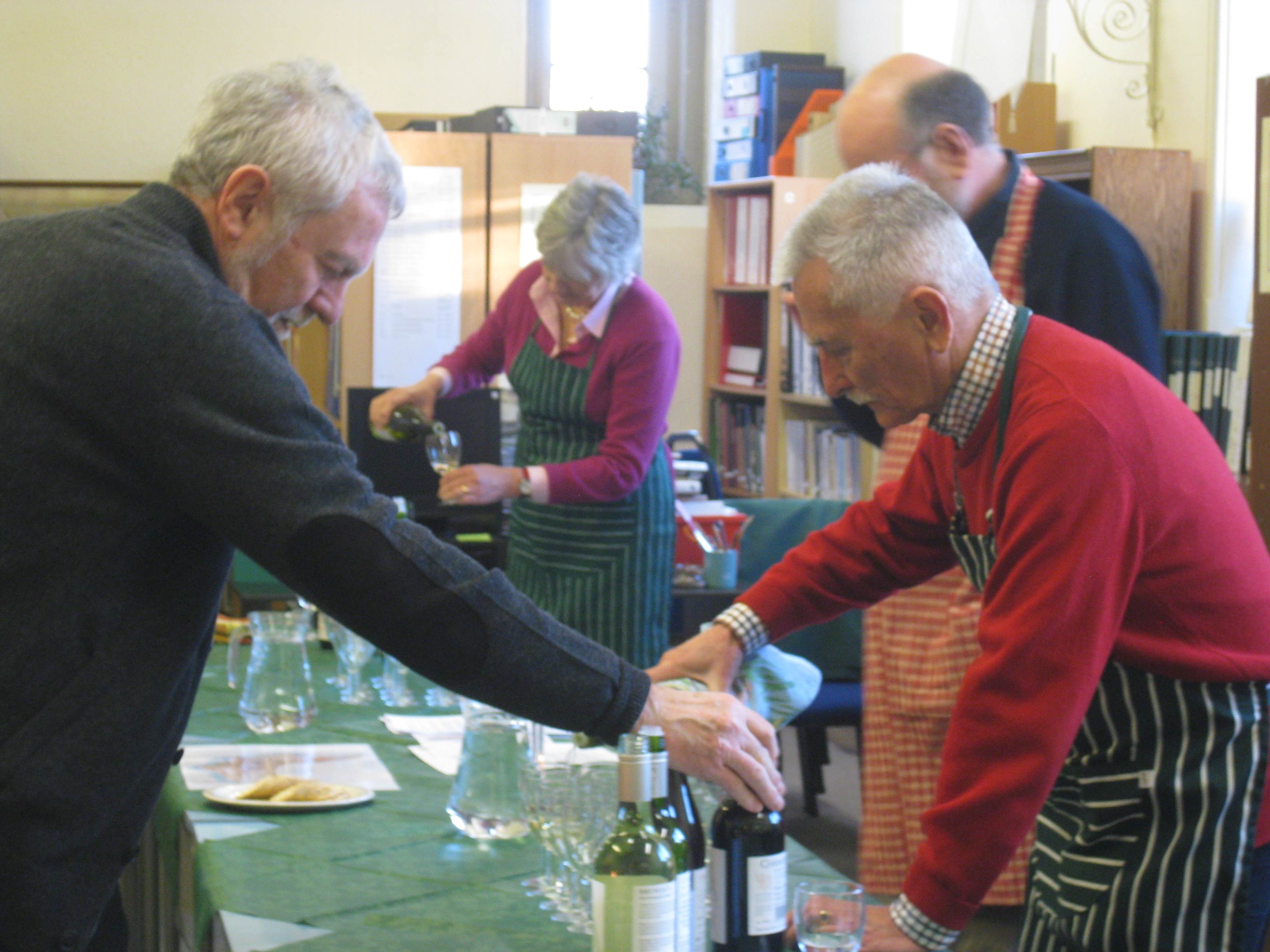 Assisted by Barbara and David Elsmore as our sommeliers for the day, Barry described each wine in turn and guided us through the wine-tasting which was greatly enjoyed by everyone who attended – so much so, that there was enthusiastic support for a suggestion that we should add a tasting of Californian wines to our event about the American Civil War on 11 April! 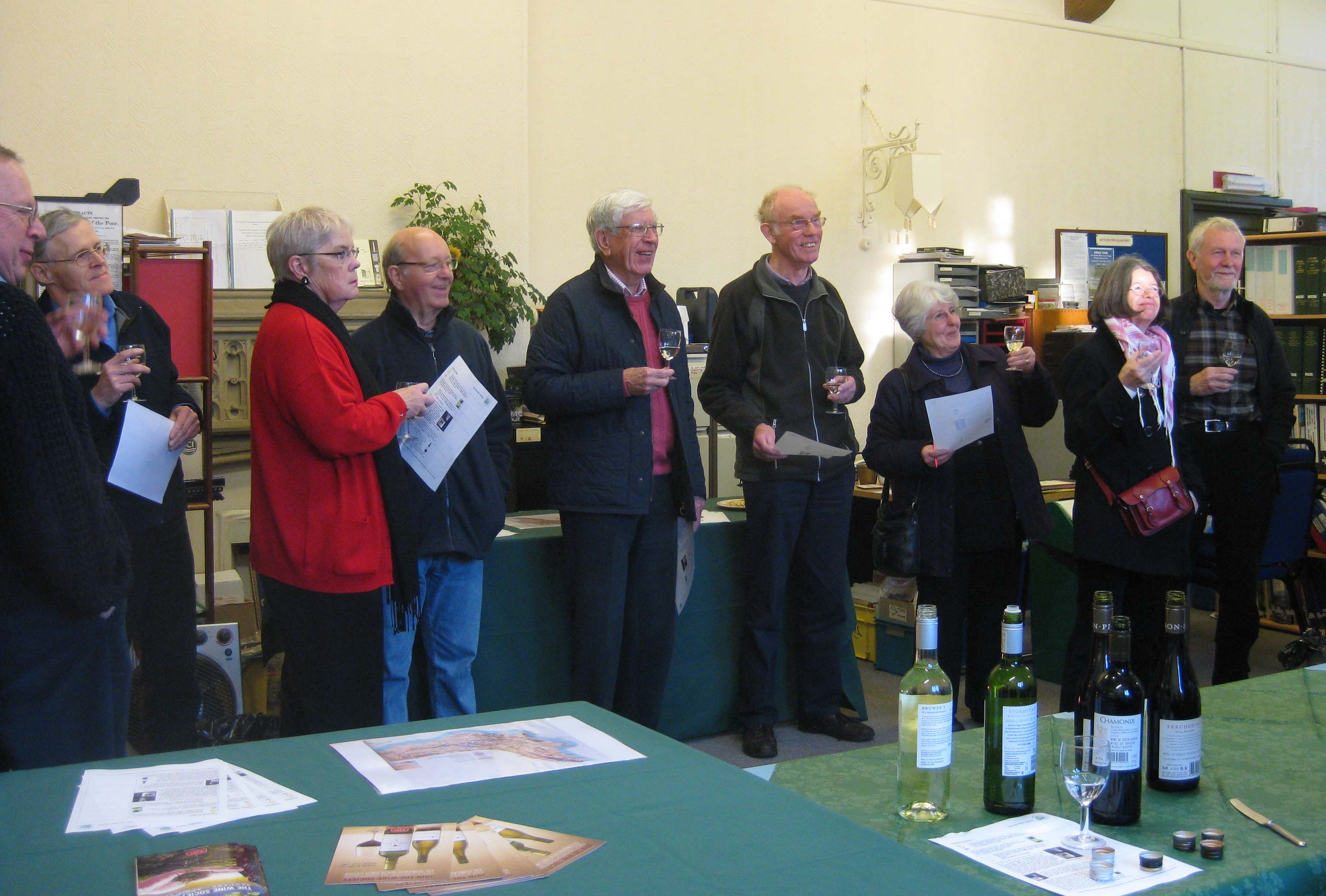 Details of all SDFHS events and courses at our Family History Centre in Sherborne for the rest of 2015 can be found at: http://www.sdfhs.org/events/sdfhs-events/